This is the moment a drug dealer who was stopped by police after a 135mph chase manages to escape and drive off - while officers are still clinging to his door.

John Eddy, 30, was pulled over on the A66 just before 1.50am on January 1 last year after speeding down the dual carriageway in his Mercedes.

However dashcam footage played at Teesside Crown Court before he was jailed for eight years and six months shows his brazen escape.

Video shows the police car in pursuit of Eddy and hitting speeds of 135mph as they drive along an empty road early on New Year's Day.

After a couple of minutes the officers manage to pull Eddy over and he is seen walking towards the dashcam.

However by 1.56am Eddy has made his way back to the car and as the officers move to apprehend him again, he jumps into the drivers' seat.

The two officers pull on the driver's door, managing to open it slightly, but after a few seconds they have to release their grip as Eddy has started to pull away at 50mph. 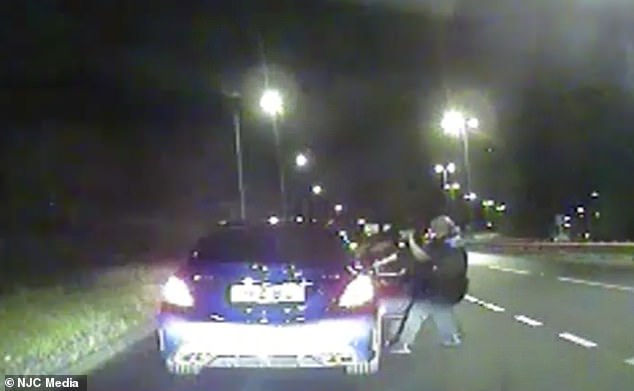 Police dashcam footage shows the moment drug dealer John Eddy, 30, who was stopped by police in Teeside, managed to escape and drive off with the officers holding onto his car door 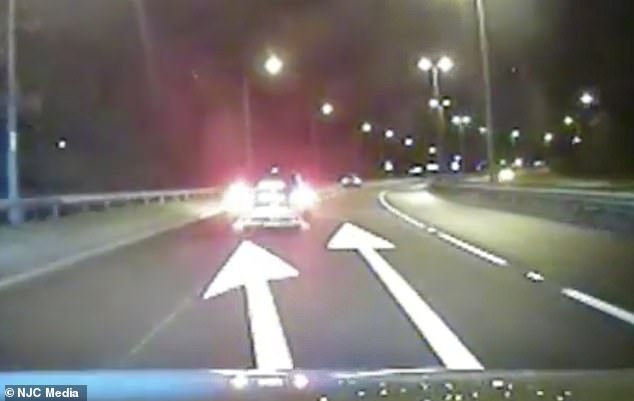 The officers followed Eddy's car along the motorway, reaching speeds of 135mph before he pulled over

Speaking during the case, prosecutor Stephen McNally said: 'The officer tried to get to that vehicle by driving up to 135mph, without making significant ground.

'Ultimately they make that ground up and stop the vehicle. The Mercedes brake lights can only just be seen in the far distance.'

Eddy was later arrested and interviewed, where he said he had two gins at a friend's house in Middlesbrough with his girlfriend.

He said he did not believe he was over the limit, thought it was a 70mph road and thought he went at 80 or 90mph.

He owned up to the escape but said he did not intend to assault anyone. Eddy later admitted dangerous driving, escape and assaulting an emergency worker causing minor injuries.

He also faced sentence for being a courier in the north-east part of a multi-million-pound drugs enterprise directed from abroad. 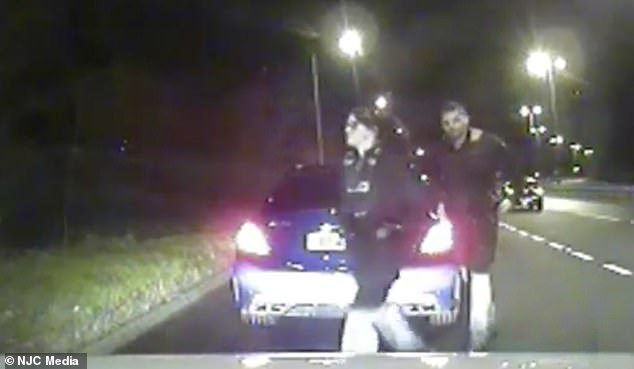 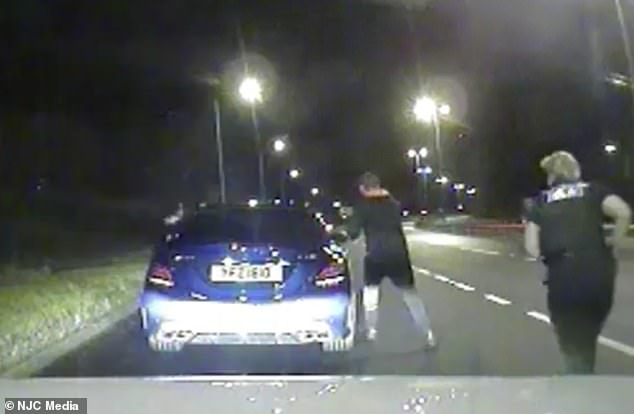 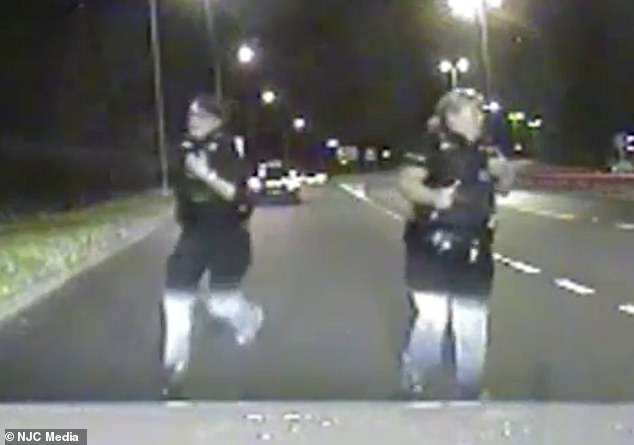 PREV GSK to partner with Vir for potential COVID-19 treatments, invest $250 mln
NEXT Half-mile tunnel filled with over 4,000 pounds of drugs found near San Diego

#TheChase fans furious as contestant 'fails' to play game properly ‘What is ...

Alexandra Cane showcases her washboard abs in a tiny white bandeau top as she ...