Arizona father, 33, beat his four-year-old son to death with a guitar and attacked his mother before being shot dead by police Joshua Hernandez Lord, 33, was shot and killed by police after bludgeoning his toddler son to death and fracturing his mother's skull  Officer user a Taser on Hernandez Lord, but it was ineffective Suspect allegedly threatened the cop with a knife, prompting him to open fire

A four-year-old Arizona boy has died after police say the child's father repeatedly bludgeoned him with a guitar before police arrived and gunned down the attacker.

According to a statement released Monday night by the Clarkdale Police Department, 33-year-old Joshua Hernandez Lord struck his son in the head with the musical instrument, inflicting multiple skull fractures, during a domestic incident that took place last Thursday.

Hernandez Lord also bashed his 51-year-old mother with the guitar, leaving her with a head injury. 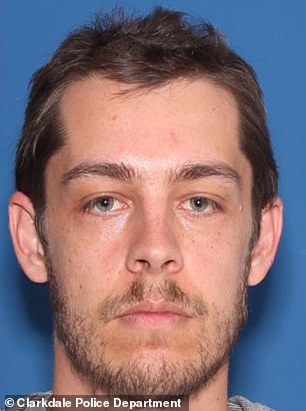 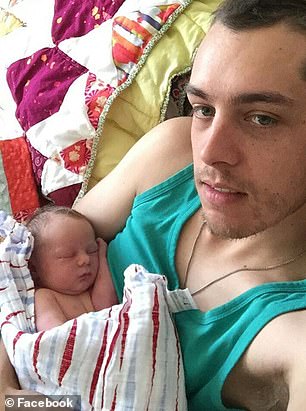 Joshua Hernandez Lord, 33 (left and right), allegedly bludgeoned his four-year-old son to death (pictured with his dad as a newborn, right), with a guitar in Arizona Thursday 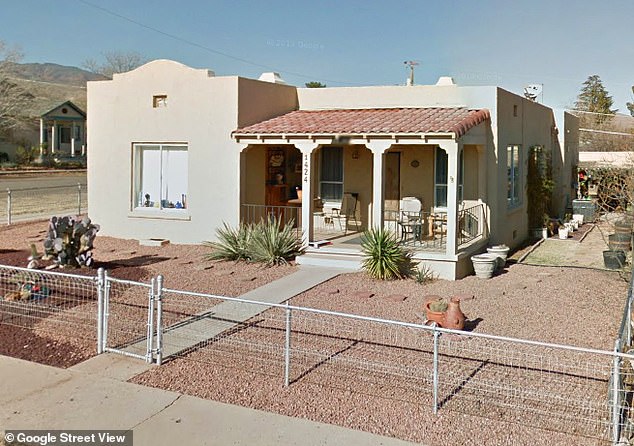 Hernandez Lord also used the guitar to hit his 51-year-old mother in the head inside this home in Clarkdale, Arizona