Unbeer-lievable: Park footy players are BANNED from drinking booze in the changing rooms after games  WA's biggest amateur Australian Rules league to introduce alcohol reforms   The Perth Football League will ban happy hour and drinking in change rooms  The reforms will focus on fostering a friendly and accepting club environment

The biggest amateur Australian Rules league in Western Australia has banned its players from drinking in the changing rooms.

The Perth Football League is bringing in a number of reforms to foster a 'positive environment' and keep up with current liquor laws.

These changes will put a stop to the clubs selling alcohol before 1pm, drinking on buses, happy hour and bar staff in underwear known as 'skimpies'.

PFL general manager David Armstrong said that the reforms were being brought in to 'keep improving the cultural environment' of the clubs, according to The West Australian. 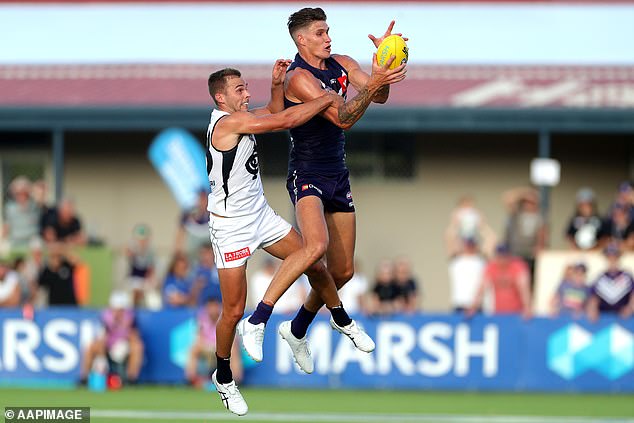 The Perth Football League, the largest in Western Australia, will introduce a series of alcohol reforms that ban drinking in the change room and encourage a positive culture

He noted that some clubs had reported a 'growing disrespect' among players.

This was particularly in relation to the

PREV London NHS nurse lifts a lid on 'draining' 13-hour shifts under PPE at ...
NEXT Will Megxit be welcome in Malibu?