Footy star Tom Burgess reveals how a Dutch fitness guru, 60, inspired him to completely transform his body as he shows off his shredded physique Tom Burgess has completely overhauled his body ahead of the 2020 season   Rabbitohs prop shed five kilos during off season by watching when he eats carbs Also adopted methods from Wim Hof, known for withstanding cold temperatures 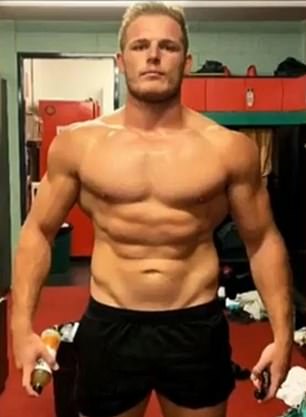 Footy star Tom Burgess has shown off his new, ripped physique - and he credits his body transformation to following the teachings of a 60-year-old Dutch fitness guru.

The South Sydney Rabbitohs prop shed five kilos during the off season by combining a new approach to eating with tactics he learned from Wim Hof, who is known for withstanding cold temperatures.

Burgess, 27, is heading into the season weighing 120kg and has dropped weight at a pace that he feels he can maintain throughout the season.

Rather than turning vegan like his twin brother George, Tom said he wanted to change his physique in a way that made him feel good.

'I've just watched when I am eating my carbs and things like that and it has made a big difference to me. I felt like I had to change things up a bit.'

The 60-year-old uses unconventional training methods, including exposing his body to freezing-cold conditions. 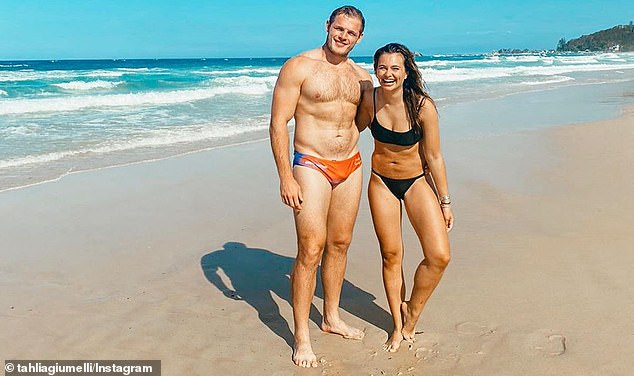 Pictured: Tom Burgess and his partner Tahlia Giumelli enjoying a day at the beach 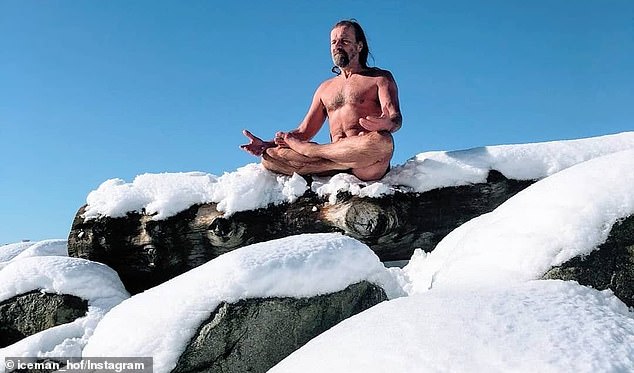