Killer who stabbed a mum to death and left her bloodied body to be found by her 11-year-old twin girls says he 'hates himself' for the murder - and begs for a more LENIENT sentence Scott Alan Murdoch, 42, stabbed Kylie Blackwood, 42, in the chest and throat  The woman's 11-year-old twin daughters found her stabbed and dying body The prosecution lawyer argued for a life sentence in prison without parole Murdoch's lawyer said a guilty plea saved the daughters from giving evidence

By Charlotte Karp and Brett Lackey For Daily Mail Australia 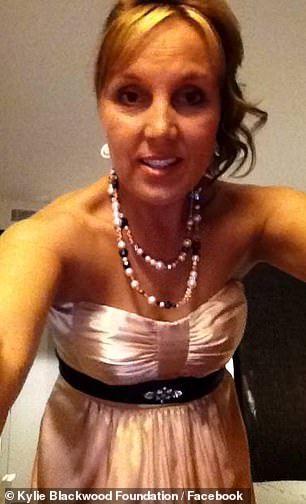 A killer who stabbed a mum in the chest and throat then left her in a pool of blood for her twin daughters to discover has begged for a lenient sentence.

The woman's 11-year-old daughters found her stabbed and dying on the couch after walking home from school.

In Murdoch's sentencing submission hearing at the Supreme Court of Victoria on Wednesday, a letter read by his lawyer Jim Shaw on his behalf said, 'I hate myself for what has gone on', ABC reported.

The prosecution lawyer argued for

PREV This is NOT just our problem: Cuomo warns other states to prepare for the worst
NEXT Half-mile tunnel filled with over 4,000 pounds of drugs found near San Diego

Australia could be in cooped up in isolation because of coronavirus until after ...