The Chief of the Australian Defence Force has said he was 'discomforted' by Scott Morrison's 'propaganda' video about the response to the bushfire crisis.

In early January the Prime Minister released a video on social media spruiking the government's efforts to fight blazes, featuring slow motion shots of soldiers helping with the recovery effort.

The video was slammed by critics who described it as propaganda and a political advert - and today Australia's top general, Angus Campbell, revealed he was also unhappy about the video. 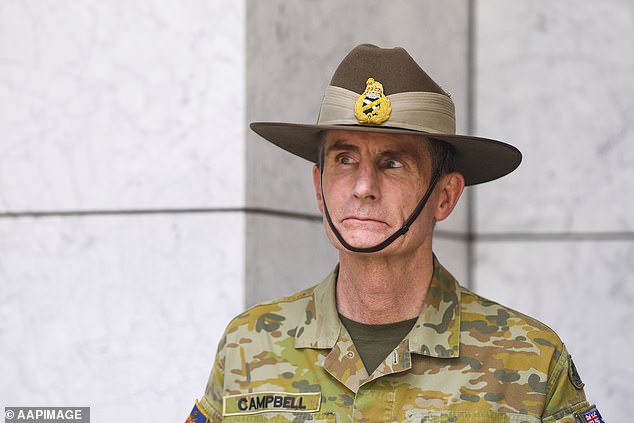 'Whenever the ADF or any other apolitical body finds itself between political parties, I am discomforted,' he said in a Senate estimates hearing.

General Campbell also revealed he spoke to the Prime Minister personally about the video.

Labor frontbencher Richard Marles raised the issues in Question Time today but the Prime Minister denied the post was a political advert.

PREV Supermarkets are hit by panic buying and could face 'empty shelves and food ...
NEXT Interest rate cut to a new record low of 0.5 per cent because of coronavirus