Up to 14 per cent of the recovered coronavirus patients in China test positive AGAIN, doctors reveal Three to 14 per cent of the patients tested positive after recovery, it is reported Experts wondered if nucleic acid tests were reliable to detect traces of the virus Medics said it was crucial to closely monitor those who were given the all-clear  China had discharged over 90 per cent of the infected as of Wednesday  Coronavirus symptoms: what are they and should you see a doctor?

Up to 14 per cent of the recovered coronavirus patients in China have tested positive again, medical experts have revealed.

Research showed about three to 14 per cent of the former patients were diagnosed with the virus after being given the all-clear.

The news came as experts feared that China is facing a second outbreak due to the increasing number of imported cases as well as the 'silent carriers' who show no symptoms.

Millions of residents of Hubei, the former centre of the pandemic, can now leave the province after officials lifted a two-moth draconian lockdown. 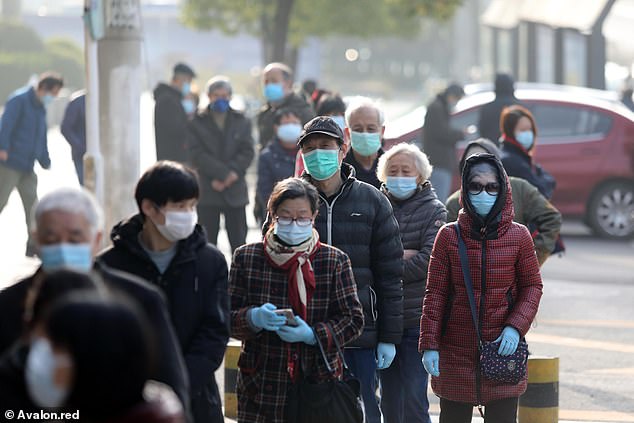 Up to 14 per cent of the recovered coronavirus patients have tested positive later, Chinese medical experts have revealed. People line up to get nuclei tests in Wuhan 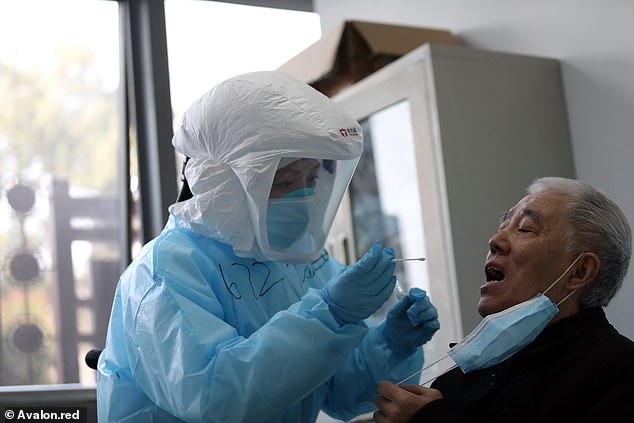 Medical experts have raised questions about if nucleic acid tests are reliable in detecting traces of the virus in some of the recovered patients. A health worker is seen getting swab samples from an elderly resident in Wuhan, Hubei

Meanwhile, 14 per cent of those who recovered were diagnosed with the pathogen later in southern China's Guangdong Province, said Song Tie, deputy director of the provincial Centre for Disease Control and Prevention.

In the study conducted by the Wuhan medics, the recovered patients showed no symptoms after testing positive again. The researchers found no evidence that they became infectious after recovery as their family members all tested negative.

Guangdong officials also suggested the people in close contact with such recovered patients weren't infected by them.

Medical experts have raised questions about if nucleic acid tests are reliable in detecting traces of the virus in some of the recovered patients.

'It's possible that these recovered patients tested negative before because of false results,' Mr Wang added. 'The accuracy of a nucleic acid test is 30 to 50 per cent.'

The chief doctor said it was crucial to closely monitor recovered patients and put them under two-week quarantine after discharge.

'Our sample size for this study was relatively small,' said the hospital director, 'we are

PREV In the coronavirus pandemic, carbon emissions have fallen, but climate change remains an existential threat
NEXT International backpackers in Bondi are trapped in Australia because of the ...

International backpackers in Bondi are trapped in Australia because of the ...