A heartbreaking picture shows an elderly woman peering at her great-granddaughter through a window as she spends her 60th wedding anniversary locked up indoors during the coronavirus lockdown.

Stanley and Roch Hougham are celebrating six decades together today and were hoping to celebrate the milestone with their family.

But the couple, who live near Romsey, Hampshire, were forced to cancel their plans two weeks ago after being told to self-isolate due to their underlying health conditions.

Mr Hougham, 85, has cancer and a heart monitor, while his wife, 82, suffers from chronic pain syndrome fibromyalgia.

After their eldest daughter Tracey died unexpectedly in her sleep aged just 56 two and a half years ago, the couple were devastated by the thought of being separated from their family on such an important day.

But they couldn't contain their joy when Tracey's son Tom, 28, and his wife Stephanie turned up at their house with their one-year-old great granddaughter Amelie.

An adorable photograph shows little Amelie beaming through the window at her great-grandmother Roch and attempting to 'high five' her through the glass. 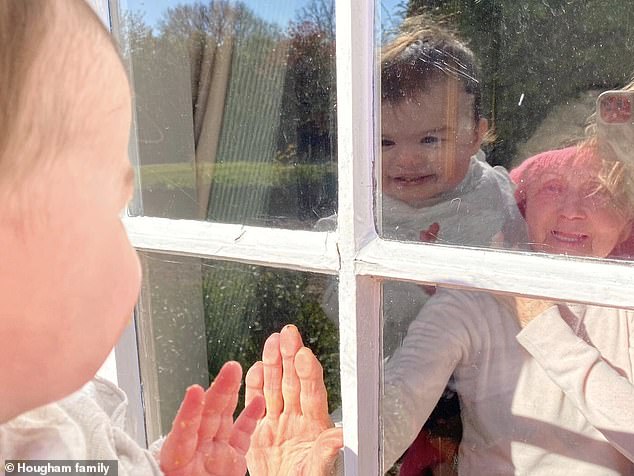 An adorable photograph shows Roch Hougham, 82, and her great-granddaughter Amelie, one, greeting each other through a window amid the coronavirus lockdown on the day of her 60th wedding anniversary 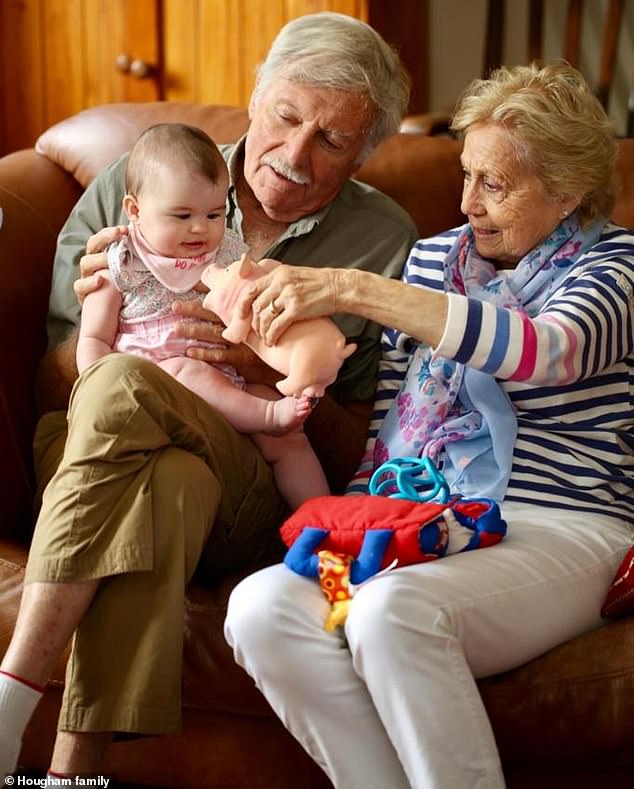 One-year-old Amelie is pictured with her great-grandparents Stan and Roch Hougham, 85 and 82, who have been married 60 years today

The Hougham's other daughter Kerry, 56, told MailOnline what a special moment it was.

She said: 'It was a complete surprise. It made them so happy. Amelie is like their golden egg.

'They have just the most incredible bond with her, despite the huge age difference.'

They had their first daughter Tracey the following year, followed by Kerry and their third daughter Rebecca. They have six grandchildren and two great grandchildren.

Tragically, however, in September 2017, Tracey died in her sleep. 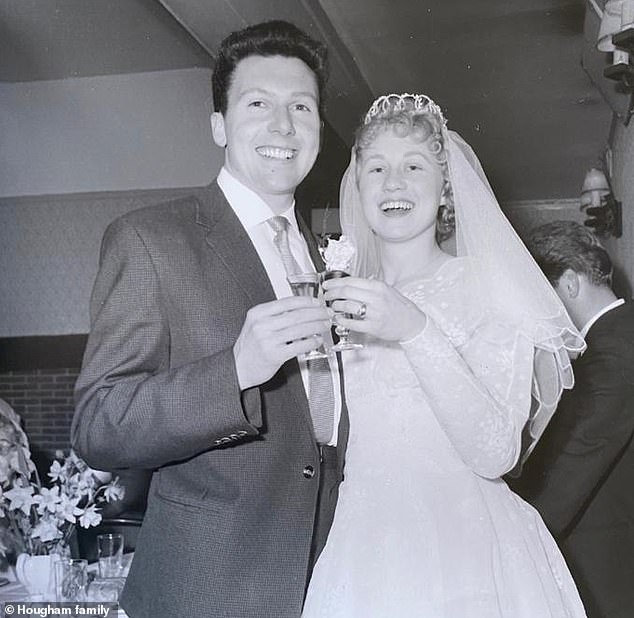 Mr and Mrs Hougham met at a dance in Winchester in