Trash collectors in Pittsburgh went back to work on Thursday just a day after staging an angry demonstration demanding that the city do more to protect them from coronavirus.

Several garbage collectors gathered on Wednesday morning outside of the Pittsburgh Bureau of Environmental Services to express anger at the city for not offering hazard pay as well as protective gear.

‘Half the people don’t tie their bags, so when the stuff spills out, they tell you to pick it up.

‘There’s Kleenexes that people blow their nose and cough in.’

The employees were sent home on Wednesday with pay.

Initially, there were reports that they refused to pick up trash. 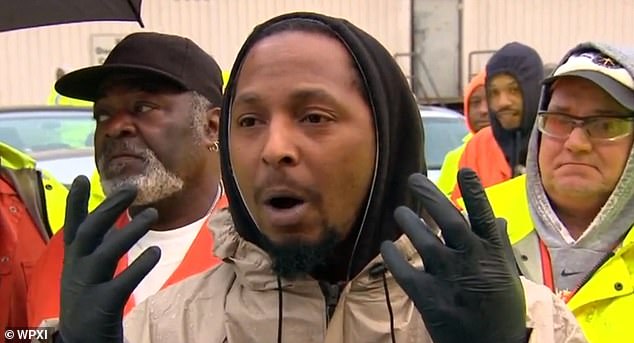 Sheldon White (above), a trash collector in Pittsburgh, demanded on Wednesday that the city provide its employees with protective gear 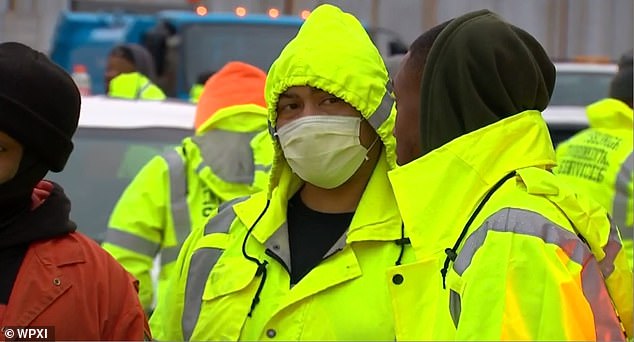 Pittsburgh trash collectors said their job exposes them to the coronavirus 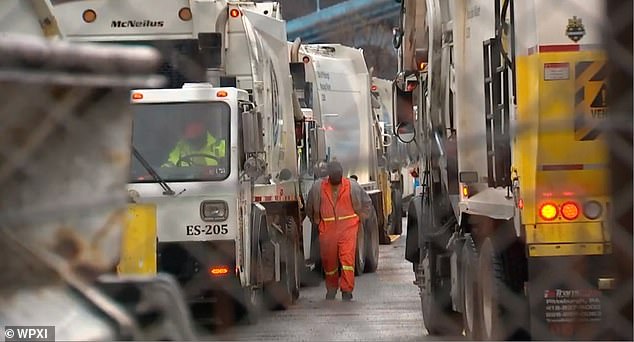 But it was later learned that the department locked the doors and sanitized the headquarters after one employee was believed to have been exposed to a spouse presumed to be carrying the virus.

The workers who protested on Wednesday did not receive word that out of an abundance of caution, the department locked the doors and staggered work schedules to lower employee interaction and help prevent possible spread.

A local union chief told the Pittsburgh Post-Gazette that Wednesday’s demonstration was not a threat to strike but a misunderstanding.

‘The City of Pittsburgh is taking all due precautions to protect refuse workers from the Bureau of Environmental Services who were sent home today due to fears over COVID-19 exposure, and has been taking these precautions with all essential City personnel since the start of the pandemic.

‘The City has been following Centers for Disease Control guidance including having Environmental Services buildings and trucks cleaned regularly; providing workers with protective glasses and gloves; and doing daily health screenings. Workers are given gloves each day that they are not allowed to take home, and have been offered plastic gloves to wear under them if they wish. 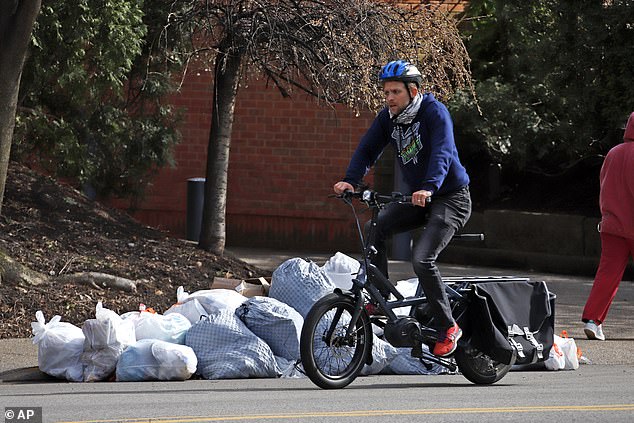 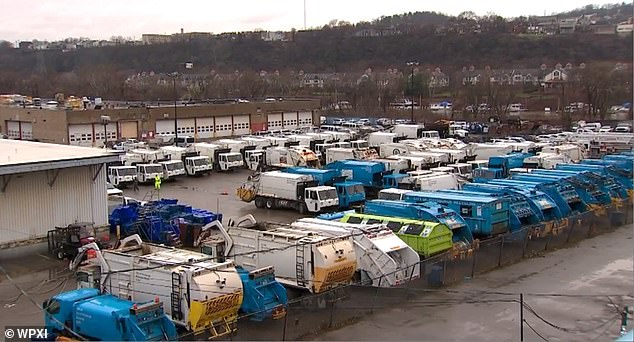 PREV us news Start-ups cut nearly 4,000 jobs in March as coronavirus impact ripples through ...
NEXT Half-mile tunnel filled with over 4,000 pounds of drugs found near San Diego

'This generation as strong as any': Queen urges Brits to respond to challenge mogaznewsen