Aisle be there for you! Coles manager goes above and beyond the call of duty by handing out chairs, jackets and biscuits to elderly customers waiting in line Vony Fazzino was filmed handing out chairs and jackets to Coles customers  She is the manager of a supermarket in Campbelltown in Sydney's west  She had a laugh with customers as she handed out cookies to waiting shoppers 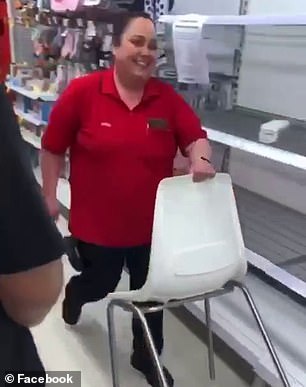 Vony Fazzino is a manager at a Coles in Sydney

A Coles manager has touched shoppers heart's by offering jackets, chairs and cookies as they wait in long queues.

Vony Fazzino, a manager at the supermarket in Campbelltown, in western Sydney, was filmed walking down the aisle of the store catering to customers' needs.

She then brought chairs up the aisle, where queues extended from one end to the other, to give people a chance to rest.

Ms Fazzino can also seen joking with  customers as she handed out cookies to patiently waiting shoppers.

The video has since gone viral online.

Ms Fazzino said she began handing out the jackets when she noticed some senior customers shivering as they waited near the freezer section.

She quickly went out the back of the store and grabbed some jackets to hand out.

The manager told the Campbelltown MacArthur Advertiser she didn't realise she was being filmed and the response has been overwhelming. 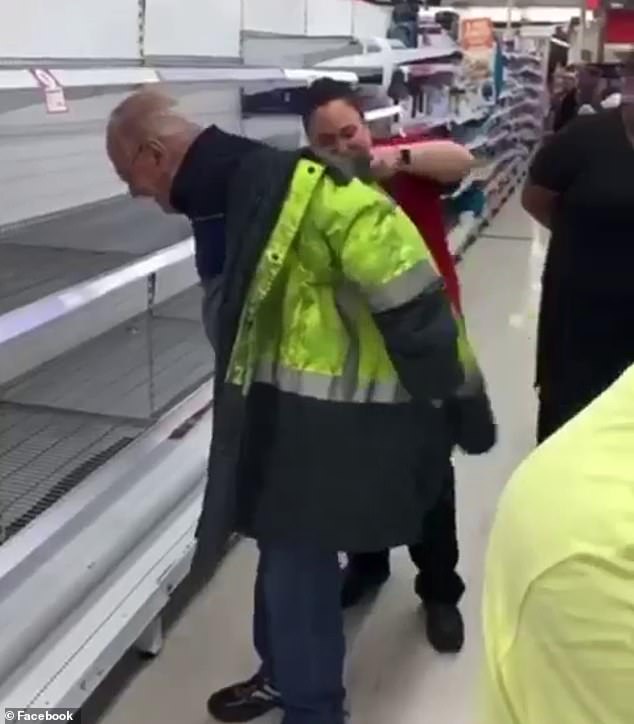