Feckless businesses are taking advantage of the coronavirus crisis in the NHS by ramping up the prices of gloves, masks and aprons by up to 1,000 per cent, it was revealed today.

Care homes say they could go to the wall because they are being 'ripped off' in order to properly protect their workers.

Martin Green, Chief Executive of Care England, the largest representative body for independent social care services in the UK, warned today: 'The consequences will be closures of services'.

More than 10,000 front line NHS staff have written to the Prime Minister to demand proper protective equipment amid growing anger that a lack of supplies is putting lives at risk.

Katrina Green, who works at a care home in Paignton, Devon, revealed today that most protective items are now ten times more expensive, and disinfectant usually £19 for 5litres is up to 179.

She said: 'They are ripping us off. It’s daylight robbery. They are robbing us blind', adding: 'We have got confirmed cases in staff, patients and family members. We had people symptomatic and we just couldn’t go in. So we had to cancel care. These people were left at home without any care'.

But in more positive news Loch Lomond whisky group has produced more than 15,000 bottles of hand sanitiser for free, sending them out on lorries last night. 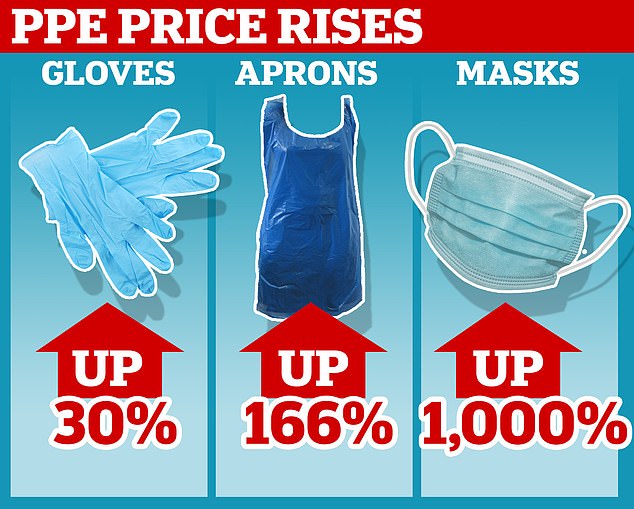 Mark Adams, CEO of Community Integrated Care, the biggest care company in the country has revealed that basic PPE prices are rocketing 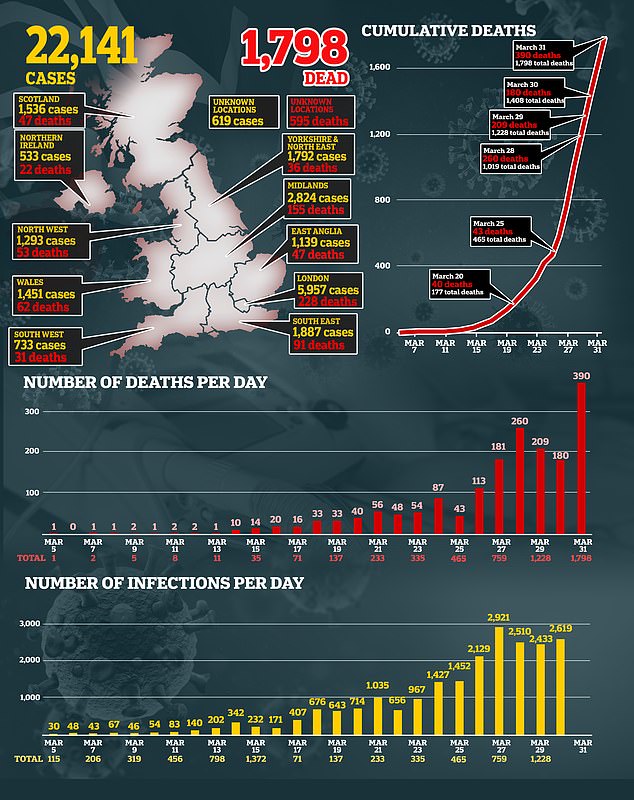 Mark Adams,  CEO of Community Integrated Care, the biggest care company in the country told the BBC: 'Gloves – they're up by 30 per cent in price, aprons up by 166 per cent and masks going up by over 1,000 per cent'.

He said: 'It’s really important that we work with care providers to make sure their costs are being reimbursed either now or in the future'.

Jenny Harries, the deputy chief medical officer, last night admitted there had been 'distribution issues' but insisted the UK had enough personal protective equipment (PPE) to cope with the pandemic.

Millions of masks, gloves, aprons and other items were delivered to hospitals on Monday, the Government said, with the Army helping to get them out nationwide.