'Despicable' University of Brighton lecturer, 55, avoids jail after spitting at police and telling them she has coronavirus when they arrest her Jane Challenger-Gillett, 55, spat at officers who attended her home in Brighton Senior university lecturer admitted two offences at Brighton Magistrates' Court Judge imposed six-month suspended sentence due to her 'family circumstances' University of Brighton said she is still working there and will 'investigate' further

A 'despicable' university lecturer avoided jail after spitting at police and telling them she had coronavirus while being arrested.

Jane Challenger-Gillett, 55, breathed in and then spat at officers who attended her home in Brighton. 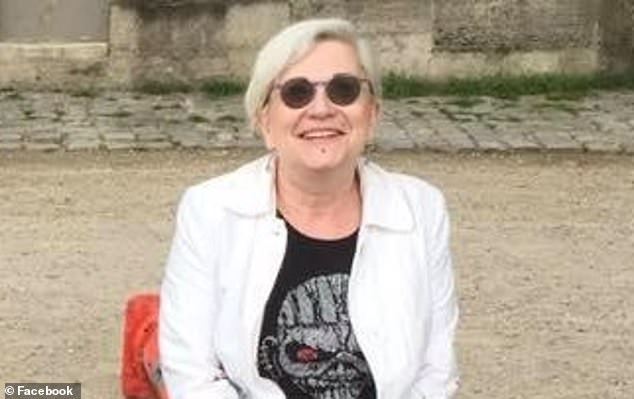 Jane Challenger-Gillett, 55, also known as Jane Challenger Gillitt, was handed a six-month suspended sentence after spitting at two police officers who attended her home in Brighton

It was revealed she was in breach of a community order for abusing and assaulting officers who responded to a disturbance in October.

On April 1 she spat at police officers Alexander Ferguson and Stuart Ellis.

But she was spared a prison sentence because she is the sole carer for a 'vulnerable' partner and has been battling an alcohol problem.

Challenger-Gillett is a senior lecturer in computing, engineering and