A retired military police officer died of coronavirus after asking Ross Kemp and his TV crew to film him in hospital.

Paul Breeze asked the actor-turned filmmaker to feature him on his documentary about how the NHS is fighting the virus on the frontline.

The first episode of the programme sees Mr Breeze 63, being taken into a ward at Milton Keynes Hospital.

But during the final installment last night, Kemp discovers the brave ex-serviceman lost his fight to the deadly bug. 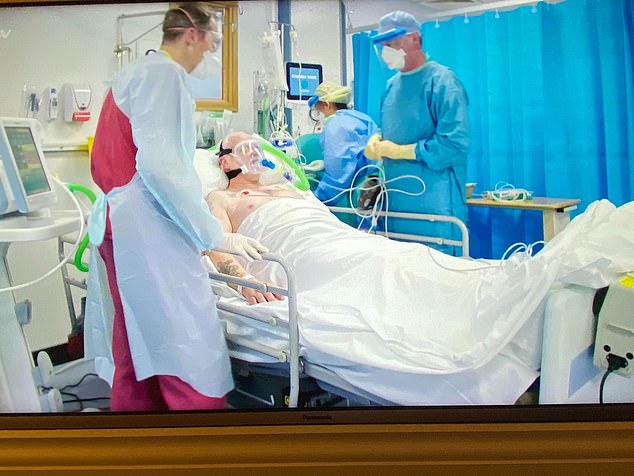 Paul Breeze, 63, is pictured on a ward at Milton Keynes Hospital where he insisted Ross Kemp and his documentary crew filmed him to 'show how devastating coronavirus can be' 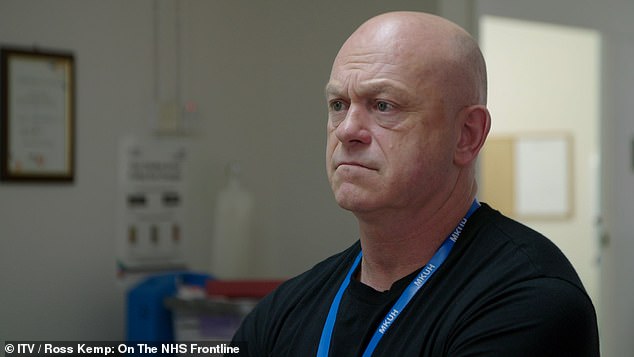 Paying tribute to him, Kemp says: 'In the last episode of the programme which aired two weeks ago, a very brave man called Paul Breeze, who'd been a serviceman all his life, asked us to film him so we could show the public just how cruel COVID-19 is.

'A fighter sadly to the end, he lost that fight and he died as many have.

'But I just want to say a huge, a huge thanks to him for being so brave and allowing us to show the impact of this awful virus'.

Mr Breeze was admitted to hospital with breathing problems and was given oxygen by doctors.

He was not put on an invasive ventilator, which meant he was still conscious and able to communicate.

The 63-year-old insisted he wanted to be filmed to illustrate how brutal the virus can be.

The documentary was filmed at the Buckinghamshire hospital earlier in the UK's coronavirus outbreak and saw the former EastEnders star kitted out in personal protective equipment (PPE).

But after chronic shortages of PPE nationwide left NHS staff battling the virus without the necessary protection, the show was slammed as irresponsible.

It even resulted in the hospital's chief executive being sent death threats. 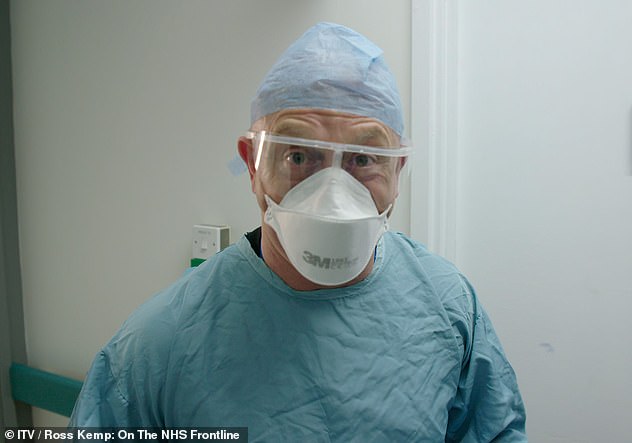 'I have never been concerned about giving media access to the hospital I am privileged to lead, because I am proud of my staff & the care we provide. Today I worried. I

PREV Pictured: Suspect, 20, who 'stabbed cop on anti-looting watch in neck' in ...
NEXT 'You really want to give people a hug': Prince Charles misses the royal family mogaznewsen

The McCanns' story is a universal parable for every parent mogaznewsen