The second of four police officers killed in last week's tragic truck crash has been farewelled in another solemn service at Victoria's police academy.

Constable Glen Humphris had only started his police career last year, graduating from the academy in March.

On Friday, he left the Victorian Police Academy in a casket after being sent-off by eight of his loved ones. 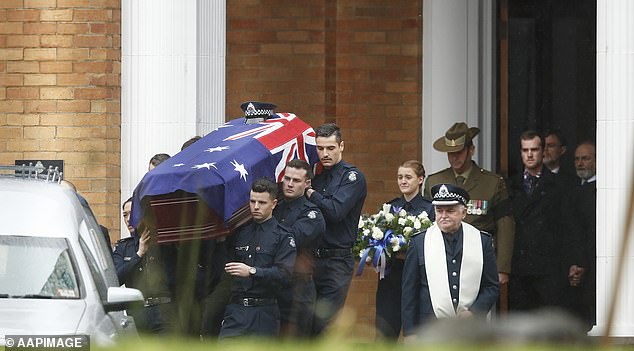 Three police officers on motorcycles accompanied the hearse as it left the service - a lone piper again playing 'Amazing Grace'.

Again, the police helicopter flew low across the academy in a mighty show of respect.

Like Leading Senior Constable Lynette Taylor's funeral yesterday, rain poured down as the hearse pulled out of the iron gates of the academy.

Only eight of the fallen officer's friends and family were able to participate in the service due to the tough distancing restrictions brought on by the coronavirus crisis.

Victoria Police Chief Commissioner Graham Ashton was among those present at the academy on Friday after joining the police chaplin to officiate the service.

The remainder of Constable Humphris' colleagues, friends and family were forced to watch the hour-long service from their computer screens via a live stream.

His colleague Constable Kevin King will be farewelled just a couple of hours from now at the academy.

The funeral for Constable Josh Prestney will take place at Xavier College on Monday.

Again, police across the nation stopped to pay tribute to Constable Humphris at the conclusion of the service.

Like the day before, word was put out across the police radio by Mr Ashton, who called his troops to attention. 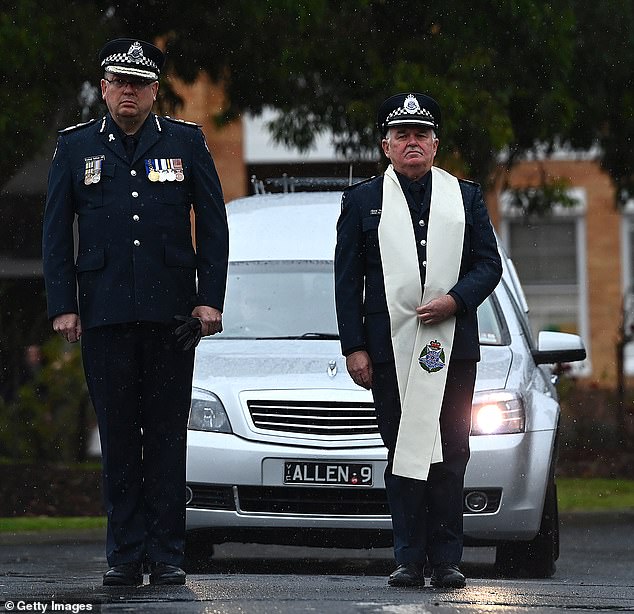 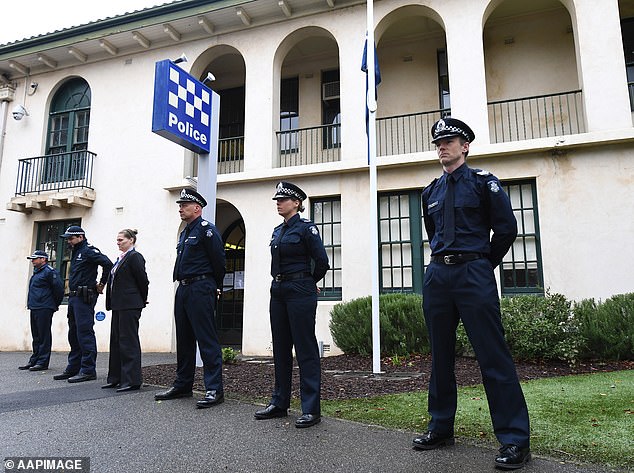 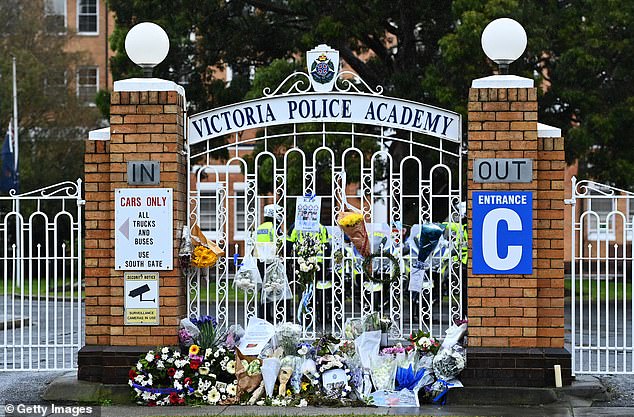 Officers at police stations across Victoria congregated outside to form guards of honour.

They placed wreaths at South Yarra, stood still at the police memorial at Kings Domain and paid tribute outside Melbourne West Police Station where last week the man charged with killing the officers was interviewed.

Tonight the police academy will be bathed in blue light again in tribute to the officer and in preparation for the service to come.

All four of the officers were killed when Mohinder Singh allegedly drove his refrigerated chicken truck into the them on the Eastern Freeway.

The 47-year old has been charged with four counts of culpable driving over the deaths and remains behind bars for now.

He too remains in jail. 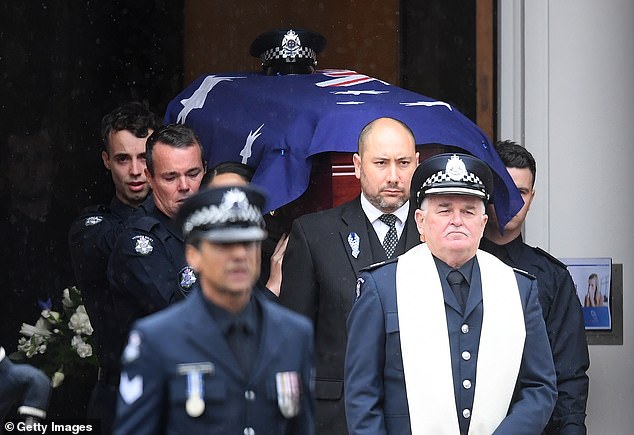 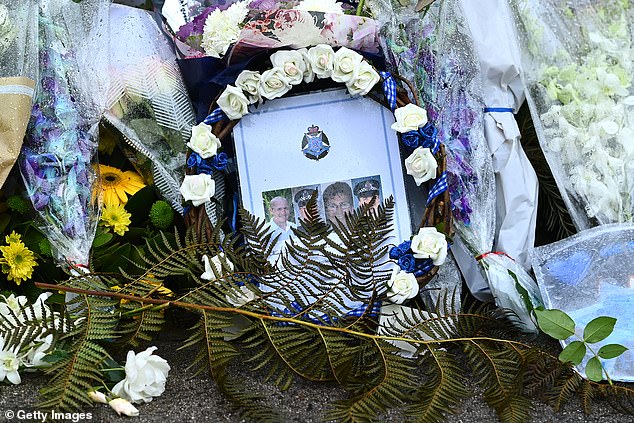