Queensland Premier Annastacia Palaszczuk said she is reluctant to send children back to school over fears she would be blamed if students were to get sick.

In a leaked audio recording obtained by the Courier-Mail, the state premier was heard telling members of her government she 'can't just turn the switch on' despite Scott Morrison's advice.

'I just have to stress to everyone, we cannot rush this, we have to take our time because if there is an outbreak in a school, I'll tell you one thing, they're not going to be blaming Scott Morrison,' she said on Wednesday. 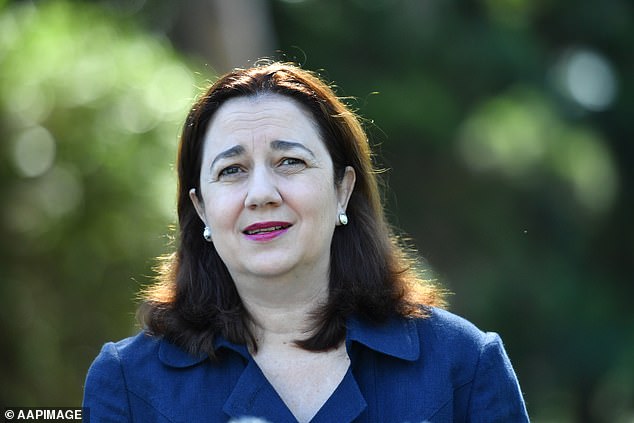 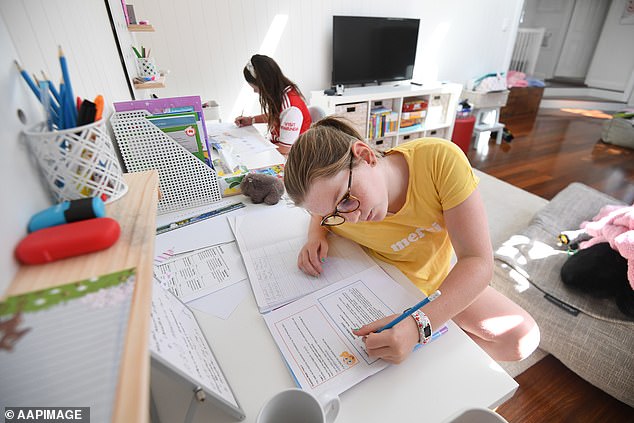 Queensland, along with other states, switched to remote learning last month in a bid to protect students and teachers from coronavirus

Ms Palaszczuk's comments were in response to a question during a town hall-style telephone meeting where she was asked why the prime minister was behind the decision to reopen schools, instead of health authorities or school principals.

Victoria and Tasmania: Parents continue to be encouraged to keep their children at home if possible.

New South Wales: Students will have a slow return to classrooms from May 11

Western Australia: WA has made a