Michigan man, 22, shot in stomach and robbed by couple after arranging sex meeting with woman, 24, on Facebook who brought along her armed parole absconder boyfriend Summer Desjardin, 24, and her boyfriend Daniel Wargo, 21, were arrested Monday in connection with a shooting in Michigan Desjardin is said to have arranged to meet a 22-year-old man for sex over Facebook on Sunday night Wargo arrived with her masked and armed to the unidentified victim's house  The couple allegedly argued with the man after saying they were robbing him Wargo then shot the man in the stomach before they fled the scene Police were able to track them down using their social media accounts

A Michigan man was shot in the stomach and robbed after he set up a late-night sex session with a woman over Facebook.

The unidentified victim, 22, believed that Summer Desjardin, 24, was coming to his home in Detroit Sunday night for casual sex but she allegedly arrived with her boyfriend Daniel Wargo, 21, who was masked and armed.

The couple was arrested Monday after police used their social media accounts and surveillance to track them down.

Wargo had absconded parole in March 19 and now faces six new charges including assault with intent to murder. 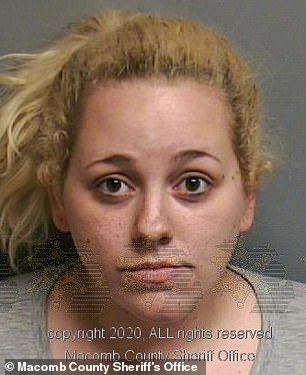 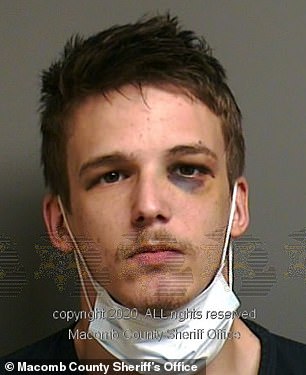 Summer Desjardin, 24, and Daniel Wargo, 21, were arrested Monday for allegedly shooting and robbing a man in Detroit after Desjardin organized a fake plan to have sex with the victim over Facebook. The couple were tracked by police using their social media accounts

Police responded to the shooting at around 10.30pm Sunday in the 2000 block of Jeannie Court in the area of Nine Mile and Dequindre roads.

PREV Secret Service paid Trump's Washington DC hotel more than $33,000 while ...
NEXT PICTURED: Woman, 22, killed in a vicious stabbing attack at the hands of her ...

Get ready for more freedom in Queensland, but don't plan trips interstate just ...