A Nobel Prize-winning biologist has branded the Government's 100,000 coronavirus tests per day target a 'PR stunt' as it emerged that it was 'likely' to be hit on time.

Sir Paul said lives had been put at risk because NHS frontline workers were treating patients without being tested as allies of Health Secretary Matt Hancock revealed he is 'quite confident' he can meet his 100,000 daily tests target.

'The reality is... If we had had local testing connected to hospitals, we could have made hospitals a safe place. But what we had was the potential for care workers on the words, working with sick patients, who were carrying the disease and weren't being tested.

'They didn't make the decision we want to test everybody who is a frontline worker and wouldn't test anybody who had no symptoms. We know you can be infected but have no symptoms. This makes absolutely no sense. Testing was absolutely critical. It hasn't been handled properly'.

The significant jump gave renewed hope that Mr Hancock could possibly scrape past his self-imposed target.

But earlier yesterday Justice Secretary Robert Buckland had sounded less optimistic, admitting it was 'probable' that the target would be missed.

He defended Mr Hancock's ambitious target and insisted the figure would be hit in the coming days. 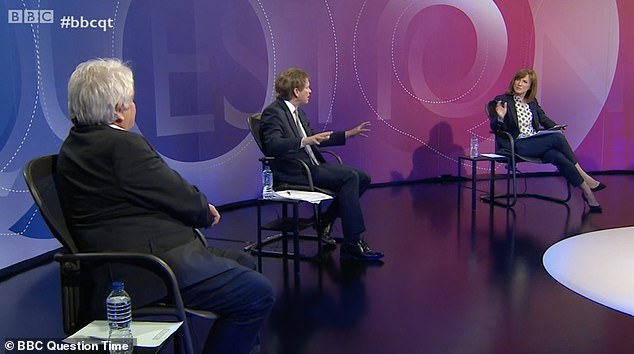 Appearing on Question Time, Sir Paul said lives had been put at risk because NHS frontline workers were treating patients without being tested 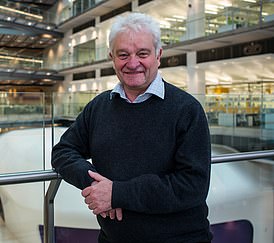 Sir Paul Nurse was born in Norfolk and raised in London, where he attended Harrow County Grammar School.

He went on to spend several months in a laboratory in Bern, Switzerland, then moved on to the laboratory of Murdoch Mitchison at the University of Edinburgh for postdoctoral studies on the cell cycle.

Sir Paul’s contributions to cell biology and cancer research were recognised with a knighthood in 1999.

Sir Paul was awarded the 2001 Nobel Prize in Physiology or Medicine along with Leland Hartwell and Tim Hunt for their discoveries of protein molecules that control the division (duplication) of cells in the cell cycle.

In 2003, Sir Paul became President of Rockefeller University in New York City where he continued to work on the cell cycle, cell form and genomics of fission yeast.

In 2010, he became the first Director and Chief Executive of the Francis Crick Institute in London and in addition for 5 years was President of the Royal Society.

When he was 57, Sir Paul discovered he had been raised by his grandmother, thinking she was his mother.

PREV Ryanair says up to 3,000 jobs will be lost as part of restructuring plan
NEXT Workiva: 1Q Earnings Snapshot

Election officials gear up for single biggest day of voting during coronavirus, as Trump rails against vote by mail