This is flipping fun! Penguins are given a chance to explore Singapore zoo after lack of human contact left them bored Singapore State Zoo is closed to the public during the Covid-19 pandemic   Penguin keepers decided to give the creatures a free run of the empty complex  They were apparently unimpressed by the climbing frames but braved walking behind statues of sea lions, who occasionally chomp on penguins in the wild

Penguins at Singapore zoo are making the most of the partial virus lockdown, being given the run of the empty complex and revelling in the chance to do some exploring.

With the zoo closed to the public as the country battles a worsening virus outbreak, the African penguins had little in the way of stimulation without passers-by stopping to admire them.

So their keepers began taking them on outings around the complex, nudging the pint-sized explorers to check out the area around their exhibit and the children's playground. 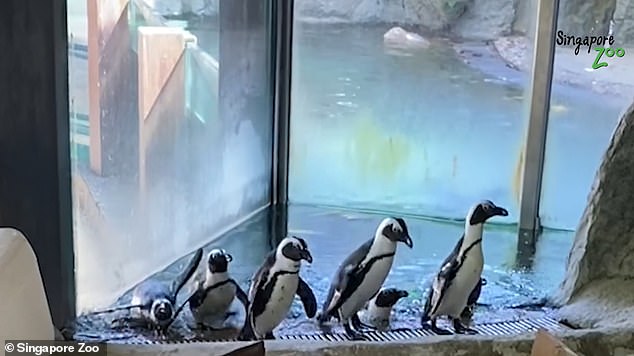 Pictured: The penguins emerge from their pool at the Singapore state zoo yesterday, before their rare outing to tour the complex 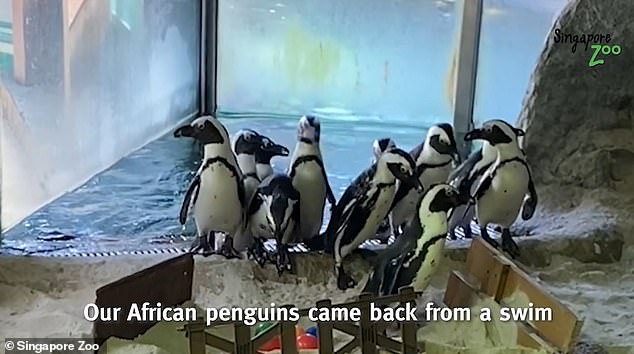 Huddled together, the African penguins were allowed to play with children's toys and tour the children's playground at Singapore Zoo yesterday 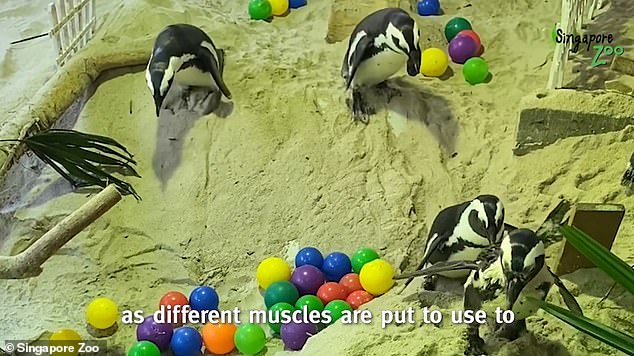 Pictured: The group of African penguins play with children's toys during their rare outing yesterday, after the Singapore-state zoo was closed due to the coronavirus pandemic

The colony of around a dozen birds appeared unimpressed by the climbing-frame and the slide, and soon waddled off to the next section.

Further along, several life-sized models of sea lions - which occasionally eat penguins in the wild - gave them pause for thought.

But they soon regained their courage and were back to hopping over rocks, with a pair