An Indiana mechanic has been fired after management found out she was making amateur pornography.

Kirsten Vaughn, 24, was let go from the Don Ayres Honda dealership in Fort Wayne in mid-February, about a month after she created an account on the website OnlyFans and began posting explicit material.

OnlyFans allows users to share content behind a paywall, with 'fans' having to fork out for a paid subscription in order to gain access. The website has become popular for adult entertainers, who can easily earn money without going through a middleman.

Vaughn told BuzzFeed News Saturday that she was devastated to be let go from the dealership, stating: 'I was a phenomenal employee with a perfect record that never got in trouble.

'When I went to work and I was on the clock, I did my job and I was good at it. I was appropriate when I was at work. I wore my uniform. I did what I had to do.'

However, she did admit to sharing some explicit photos to her account while in uniform and inside the dealership's bathroom on her OnlyFans account. Vaughn told the publication 'she took pains to obscure any logos or identifying features'. 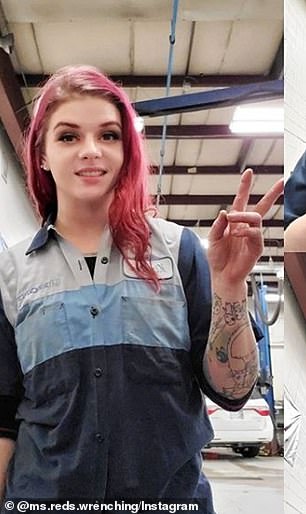 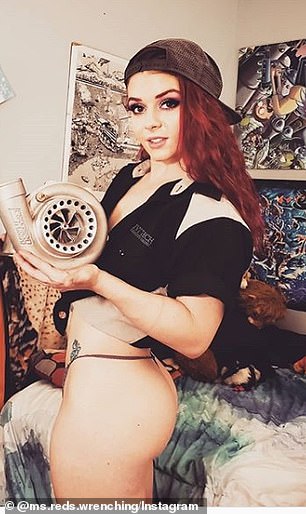 Kirsten Vaughn, 24, was let go from the Don Ayres Honda dealership in Fort Wayne in mid-February, about a month after she created an account on the website OnlyFans and began posting explicit material. She is pictured at left in her mechanic's uniform, and at right in more risque attire 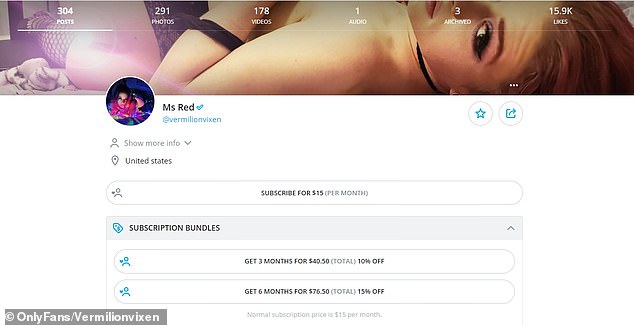 Vaughn says that she was sexually harassed by several of her co-workers at the dealership after they discovered her OnlyFans account.

'I had a coworker come up to me and... he was telling me how the salesmen were all huddled up in a group, and that he had come up to the group and they were on an OnlyFans page,' the mechanic told BuzzFeed.

'They literally would not shut up about my page. I begged them to not tell anybody, and they would laugh in my face and say, 'Ha ha ha, we're helping you make money. Shut up.'

Prior to being fired, Vaughn met with management, who questioned her about her explicit online account.

PREV After April gains, pound slips as Brexit, economy weigh
NEXT Photos capture a nurse being given a pep talk after a corona patient suffers a ...