Chilling CCTV footage has emerged of a British man picking up a Thai prostitute hours before they engaged in a drug-fuelled sex session which ended with him killing her with a snooker cue and machete, police sources claim.

Police took Neil Henry Elliott, 46, from Northern Ireland, on a public parade in handcuffs today, to point at the spot where he collected the woman, named Onn, and drove her away on his motorbike on Wednesday night.

He was barefooted and wearing handcuffs, a surgical mask and a blue sports t-shirt. 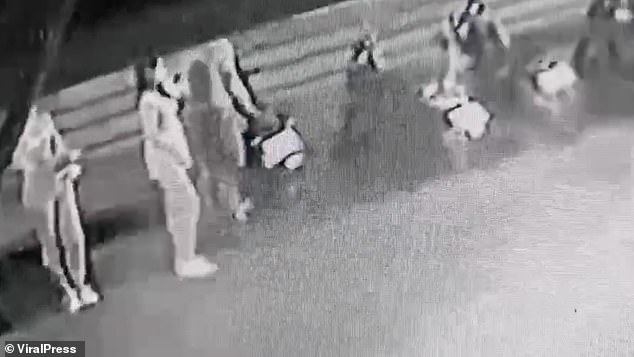 Pictured: A man believed to be Neil Henry Elliott, 46, picking up a prostitute who he has confessed to murdering in Pattaya, Thailand on Wednesday night 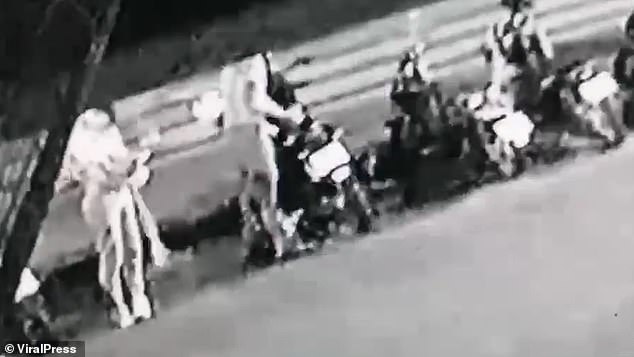 Pictured: The woman, who police named Onn, is pictured hopping on the back of Elliott's motorbike hours before her grisly murder in Pattaya, Thailand on Wednesday night 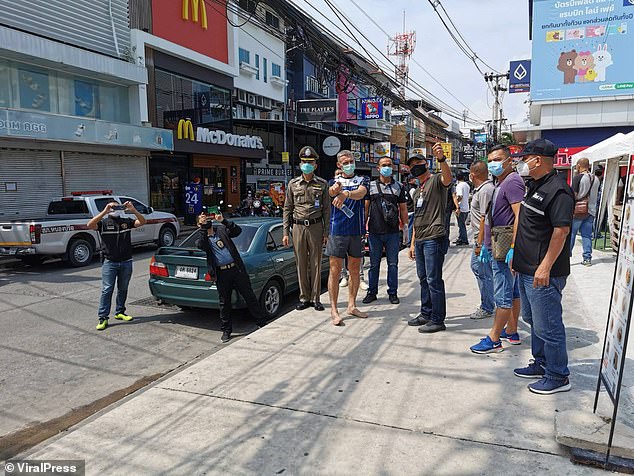 Pictured: Neil Henry Elliott (on pavement, second from left) is paraded around Pattaya's red-light district and pointing to the spot where he picked up the prostitute on Wednesday night

The motorcycle fanatic - who had pictures on his chat messaging app Line working for the Kawasaki Racing Team - has allegedly confessed to killing the sex worker.

Leading the investigation, Police Colonel Chiddecha Songhong, from the Bang Lamung district station, said today (May 1): ''We are checking cameras and have ordered investigations across the area to identify the victim.

'We know from CCTV that the suspect picked her up at 9.13pm and took her back to his house where he killed her.

'If anybody has information about who she is they must tell the police immediately.'

Police checked cameras from a building across the road that appear to show Neil chatting with the woman aged between 35 and 40 for around two minutes before riding away with her on the back of a motorcycle.

She is wearing a short dress and trainers while a second sex worker stands alongside her before turning away. 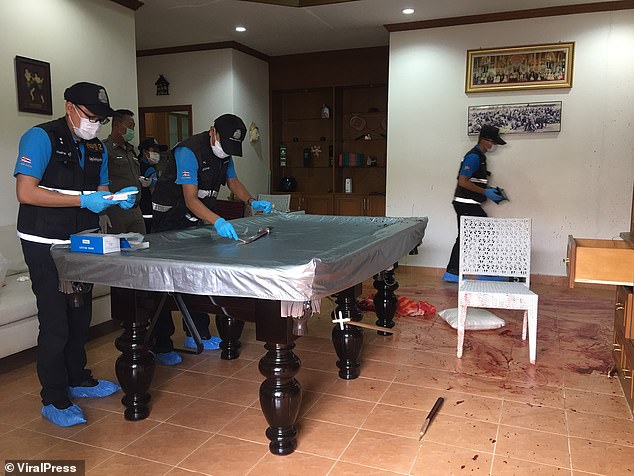 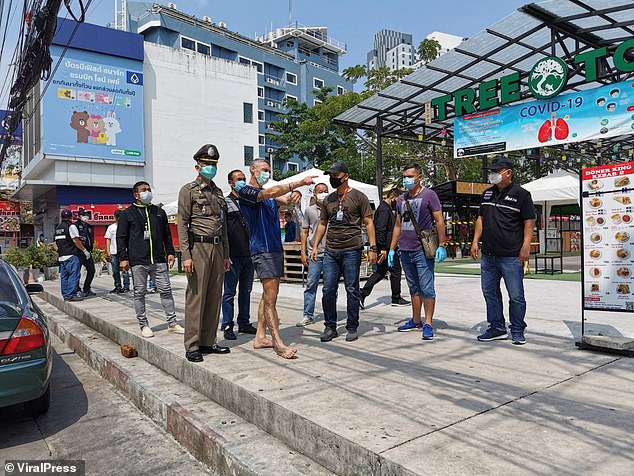 Elliott, who is pictured handcuffed and barefooted, shows police the spot he picked up the Thai prostitute in Pattaya on Wednesday 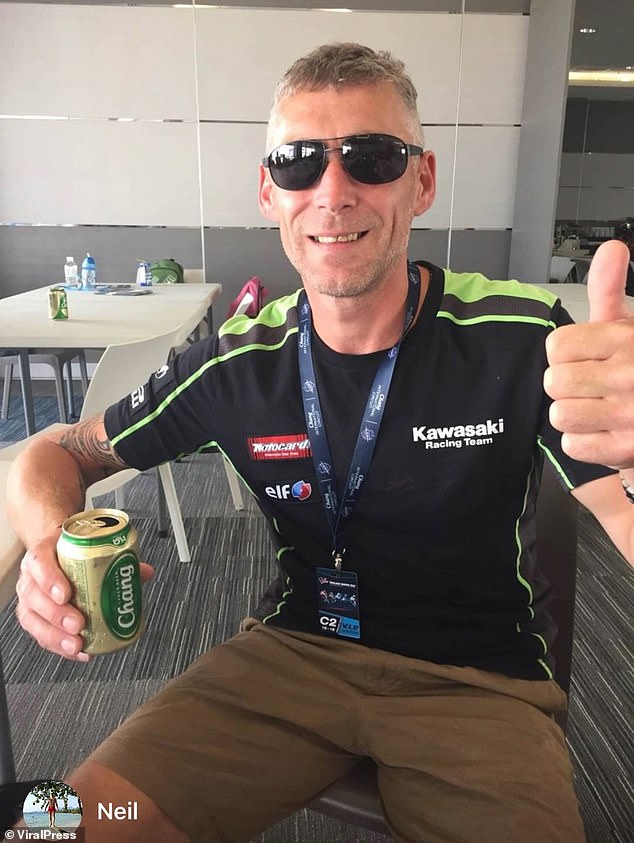 Cops are still trying to identify the woman after she was found dead in Neil's home in notorious 'Sin City' resort of Pattaya, eastern Thailand, yesterday. Officers said she did not have any identification with her.

Elliot, from Fermanagh, Northern Ireland, allegedly admitted to police that he picked up the woman from the red-light street Soi Buakhao, a road packed with bars, strip clubs and massage parlours, before they returned to his single-story

PREV Isle of Wight mother's fury after neighbour who abducted her daughter is ...
NEXT Workiva: 1Q Earnings Snapshot