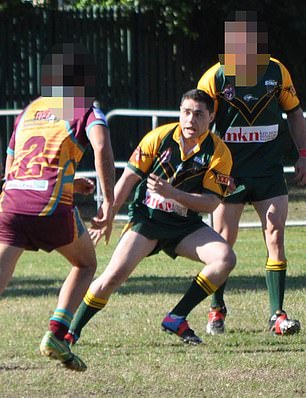 Jailed for life: Nicholas John Crilley, 34, subjected a woman, 22, to 'sadistic' attacks over three-and-a-half weeks including June and July 2017

A young woman who endured 23 days of physical and sexual assault as well as forced bestiality was found by police barely-alive, stuck to a mattress and smelling of rotting flesh.

Nicholas John Crilley, who took pleasure as he systematically raped and burned the woman, 22, during three weeks of drug-induced violence, has been handed seven life sentences.

The Queensland man's vicious attacks left the woman, who cannot be named for legal reasons, so severely injured, paramedics initially thought she was dead when they found her.

A murmur told them she was alive - despite her purple skin and the strong smell of decaying flesh, the Brisbane District Court was told.

'Her eyes were swollen shut, lips drawn back and discoloured, and teeth were exposed. The left side of her face was missing all of the skin,' Judge Anthony Rafter said during sentencing on Friday.

The woman, who was 22 at the time, suffered multiple broken bones, internal injuries and deep lacerations during Crilley's 23-day assault in June 2017.

He broke the woman's teeth, stabbed her with a screwdriver and and left her on the verge of death with burns to 46 per cent of her body.

She was permanently disfigured by the ordeal, where she was virtually his prisoner at his townhouse in Bulimba and hidden away in a city hotel. 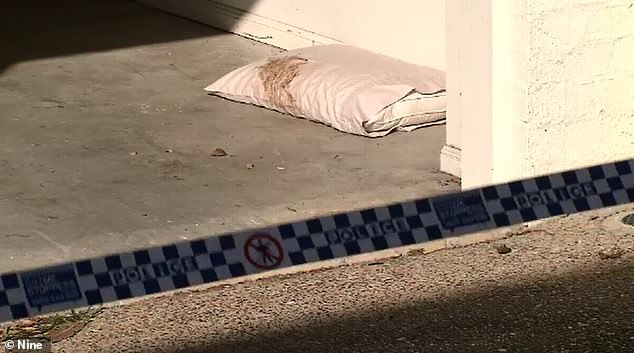 Over the course of 23 days, Nicholas John Crilley forced the woman to eat her own vomit and faeces, and made her sleep on the floor (above) 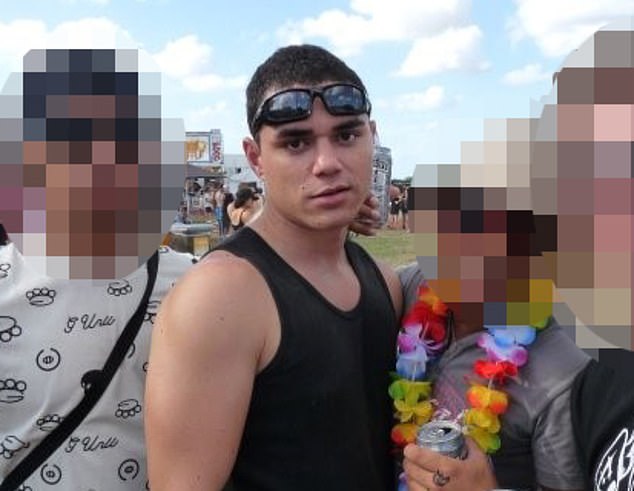 Nicholas John Crilley, who took pleasure as he systematically raped and burned the woman during three weeks of drug-induced violence, has been handed seven life sentences

He forced his victim to perform oral sex throughout the ordeal and on one occasion made her lick vomit off him after she threw up.

Crilley made her drink his urine but became annoyed when she dry-retched and spat it out.

He made her perform a sex act on a dog while holding the animal on her bed.

Crilley often burnt his victim with boiling water from the kettle and by throwing acetone on her right leg and setting it alight.

In another instance, Crilley forced his victim to lick faeces off his genitals.

The 34-year-old videoed some of his attacks and took photos of the injuries he inflicted. He sent the images to friends via Facebook.

Some of the woman's wounds were so severely infected, they became rancid and infested with maggots.

She had also become stuck to a mattress by dried blood and fluid loss, by the time Crilley called triple zero. 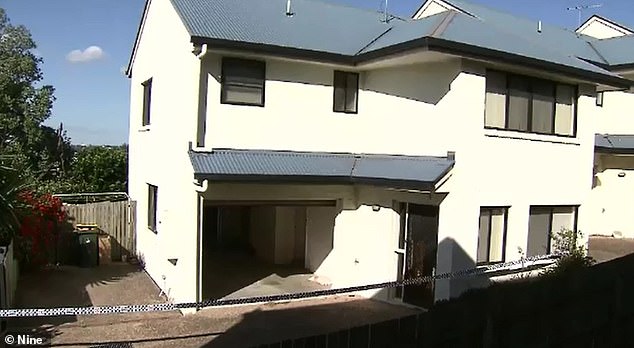 The victim, who was 22 at the time, was found barely alive in Nicholas John Crilley's house in Bulimba (pictured) on July 2, 2017. She was so badly injured police who found her thought she had been involved in an explosion 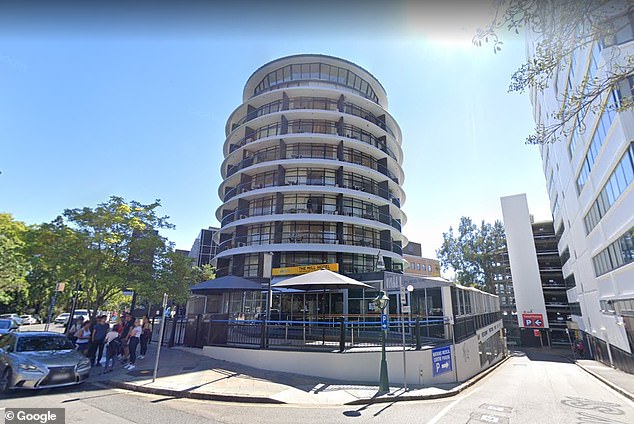 'However, that is not necessarily an indication of remorse. Your treatment of the (woman) was callous and cruel.'

Doctors placed the woman in an induced coma and she