America's coronavirus crisis will take up to two years to be extinguished, according to top pandemic experts bracing the country to hunker down for the long-haul.

Their report paints a bleak picture for the near future, with people continuing to die in all possible outcomes mapped out by the scientists.

Health bosses will be particularly alarmed at the worst-case scenario which forecasts a second larger spike as early as this fall.

It would eclipse even the United States' current outbreak, which has infected over a million and killed 63,836.

Two of the three scenarios also dash hopes of a permanent end to lockdown, with the authors predicting social distancing measures will need to be reimposed to wrestle down future waves.

Only once roughly two-thirds of the population has been infected, and herd immunity has been reached, will the disease finally fizzle out, they claim in the paper.

The team from the Center for Infectious Disease Research and Policy (CIDRAP)said: 'The length of the pandemic will likely be 18 to 24 months, as herd immunity gradually develops in the human population. 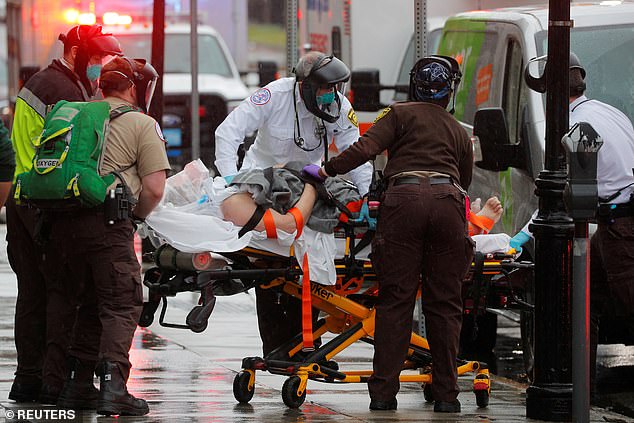 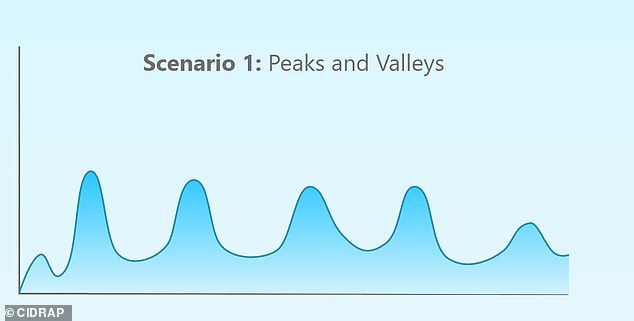 In the first scenario, the epidemic will continue in a series of 'peaks and valleys', gradually waning over time until it dies out in 2021

'This will take time, since limited serosurveillance data available to date suggest that a relatively small fraction of the population has been infected and infection rates likely vary substantially by geographic area.

'Given the transmissibility of SARS-CoV-2, 60 per cent to 70 per cent of the population may need to be immune to reach a critical threshold of herd immunity to halt the pandemic.'

By basing their modelling on these past examples, the scientists forecast three potential scenarios as to how this epidemic will likely unfold.

In the first scenario, the epidemic will continue in a series of 'peaks and valleys', gradually waning over time until it dies out in 2021. 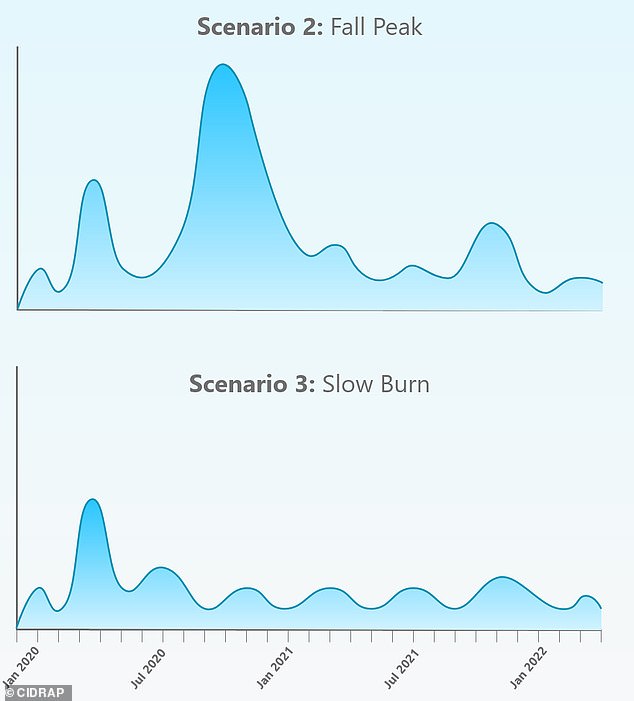 In the second scenario, the current outbreak