A fit and healthy paramedic who was 'taken down in a week' has become one of the latest healthcare workers to die from coronavirus.

Mark Stanley, 57, who was stationed at Halifax Ambulance Station in West Yorkshire, died in Calderdale Royal Hospital on Thursday after a week-long battle with the virus.

Mr Stanley, who was a paramedic for more than 30 years after military service in the Life Guards, leaves a wife and two grown-up daughters. Colleagues gathered outside his station in Halifax on Thursday evening to pay tribute to him during the Clap For Carers.

Friend Mark Rattigan, who is also a paramedic, said: 'He was just a very, very decent, dedicated guy who lived for his family. I aspire to be someone like him. He was such a great bloke. 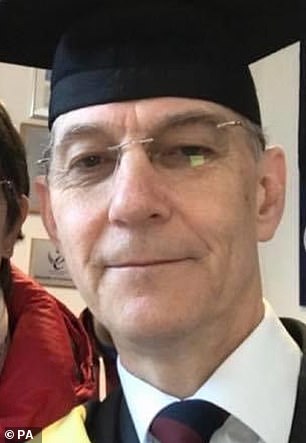 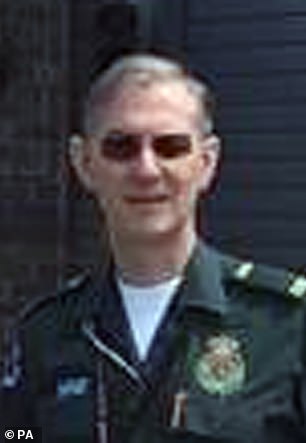 Mark Stanley, 57, (left and right) who was stationed at Halifax Ambulance Station in West Yorkshire, died in Calderdale Royal Hospital on Thursday after a week-long battle with the virus 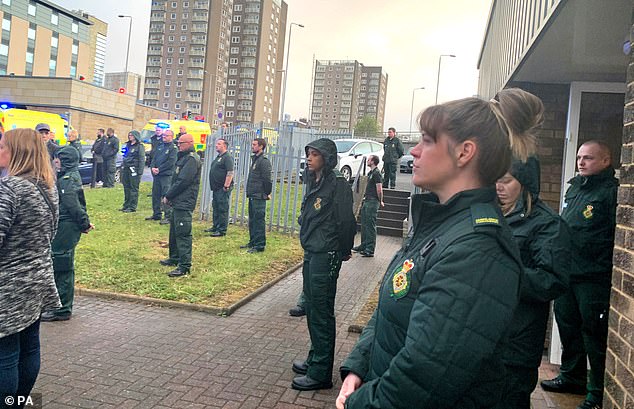 'He was as fit as you can get for a 57-year-old. You would struggle to find a 30-year-old with his level of fitness. But it's taken him down in a week.'

It comes as a 'dedicated' consultant and Pakistani doctor who joined the NHS only two months ago has died from the new coronavirus.

Dr Nasir Khan, from Bolton, Greater Manchester, was a locum doctor working for The Mid Yorkshire Hospitals NHS Foundation Trust. He died in hospital in his home town on Wednesday.

A second doctor, Dr Furqan Ali Siddiqui, worked at Manchester Royal Infirmary and was at the end of his NHS training when he caught the virus. He'd been on a ventilator for four weeks before he lost his battle with the disease.

Meanwhile it's emerged that a hero nurse, Felix Khor, who came out of retirement to help his former hospital has spent 30 days on a ventilator fighting for his life after contracting Covid-19. 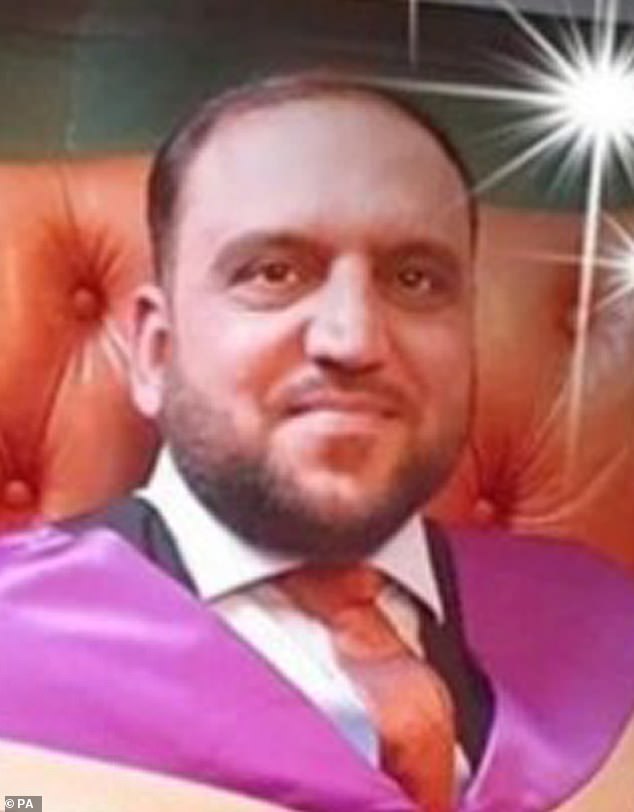 Hospital consultant Dr Nasir Khan who died after contracting Covid-19. The married father-of-three was a locum doctor working at Dewsbury and District Hospital in West Yorkshire

Dr Siddiqui had moved to the UK from his native Pakistan to support his six children, wife and elderly patients.  Colleagues from the Association of Pakistani Physicians and Surgeons of the United Kingdom were among those to pay tribute to him.

The organisation said he was the 15th Muslim doctor to die from Covid-19 in Britain.

A spokesperson said: 'Furqan Siddiqui was a doctor working in NHS in Manchester Royal infirmary and was coming to the end of his training.

'Despite the risk to his own health and life, he continued to care for his patients. Unfortunately, he himself fell ill with Covid-19.

'He is another NHS hero who had travelled thousands of miles to work for the NHS and made the ultimate sacrifice,' they added. 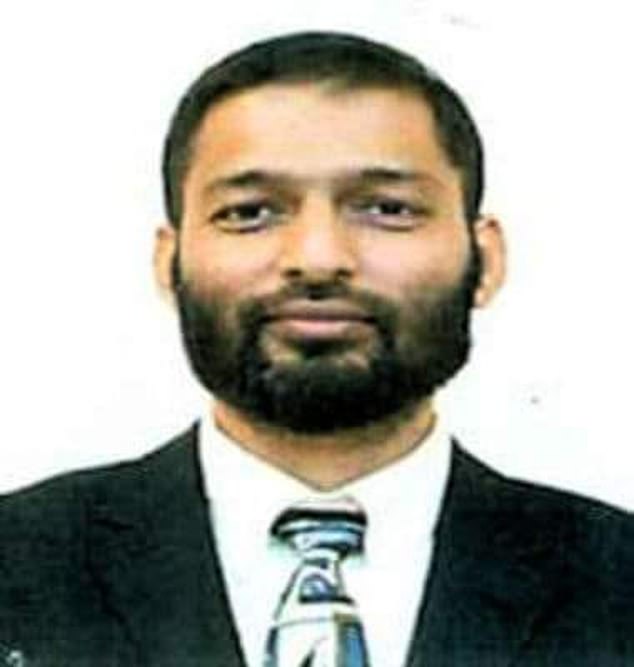 A second doctor, Dr Furqan Ali Siddiqui, worked at Manchester Royal Infirmary and was at the end of his NHS training when he caught the virus. He had moved to the UK only two months ago from Pakistan

More than £34,000 has been donated to a fundraising appeal set up to help his family.

His son Mahad Ali Khan told the BBC that his father would 'look for the slightest of excuses to help those in need'.

Martin Barkley, chief executive of Mid Yorkshire Hospitals NHS Foundation Trust, described Dr Khan as 'a very well-liked and valued member of the team' and his colleagues spoke 'of his incredibly positive nature and kindness'.

The other has not been named but YAS said they were an Advanced Emergency Medical Technician, from North Yorkshire, who died on Tuesday.

Chief Executive Rod Barnes said: 'Both colleagues had worked tirelessly for many years serving their local communities, and were married with families.

'On behalf of everyone at YAS, we would like to offer our deepest sympathies to their families.

'We know that many people within the trust are affected by this very tragic news and we are supporting our staff at this very difficult time.'

More than 110 health and care workers have died in the UK during the pandemic.

Black and Asian Britons are two-and-a-half times more likely to die from coronavirus than whites, analysis of NHS records has suggested.

An Institute for Fiscal Studies (IFS) report found the death rate among Black African Britons was three times that of the white British population.

Felix Khor, who came out of retirement to help his former hospital has spent 30 days on a ventilator fighting for his life after contracting Covid-19.

Friends of Mr Khor, who's in his 60s, described the former A&E nurse as 'amazing' and prayed that he would pull through.

Felix has been on a ventilator in an intensive care unit in Southend Hospital in Essex, for 30 days battling coronavirus.

The experienced nurse who lives in Shoebury, Essex, had retired from his role as the hospital's resuscitation officer. 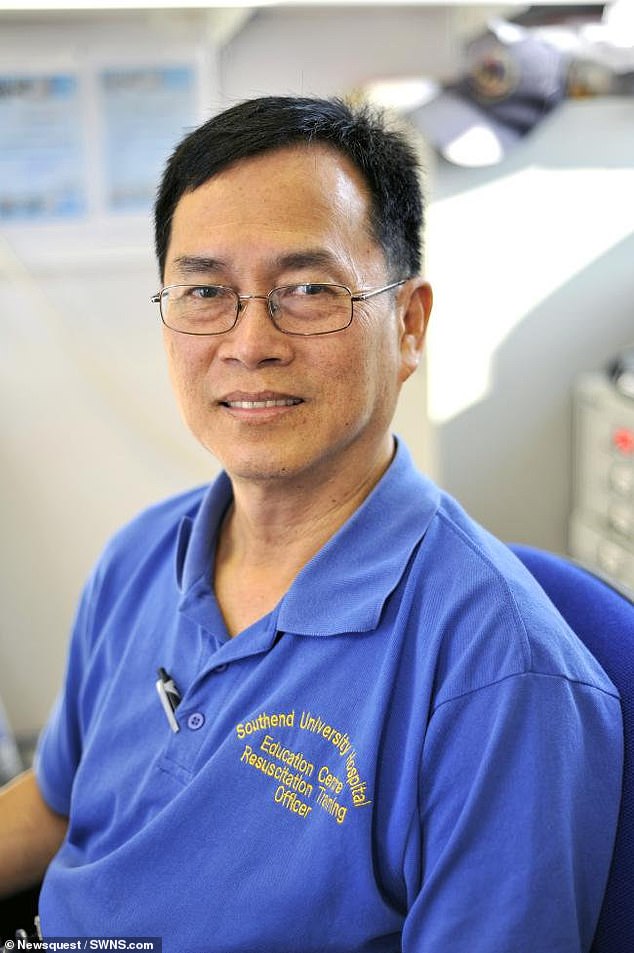 But he returned to the hospital's A&E unit shortly after the outbreak and had helped in the frontline battle of the pandemic.

However, just over a month ago Felix contracted coronavirus and has now spent a month on a ventilator fighting for his life.

His close friend, Linda Leak, 73, a former surgical nurse at the hospital, said: 'It's amazing that he's still fighting after so long.

'The hospital team is trying to move him off the ventilator but has not been able to do this yet.

'There seems to be no change at the moment.

'The hospital is like a big family for the staff and while it's devastating for the teams, they consider it an honour to be able to look after him

'We are very close and used to see each other very regularly. He is very well regarded and a very memorable guy. 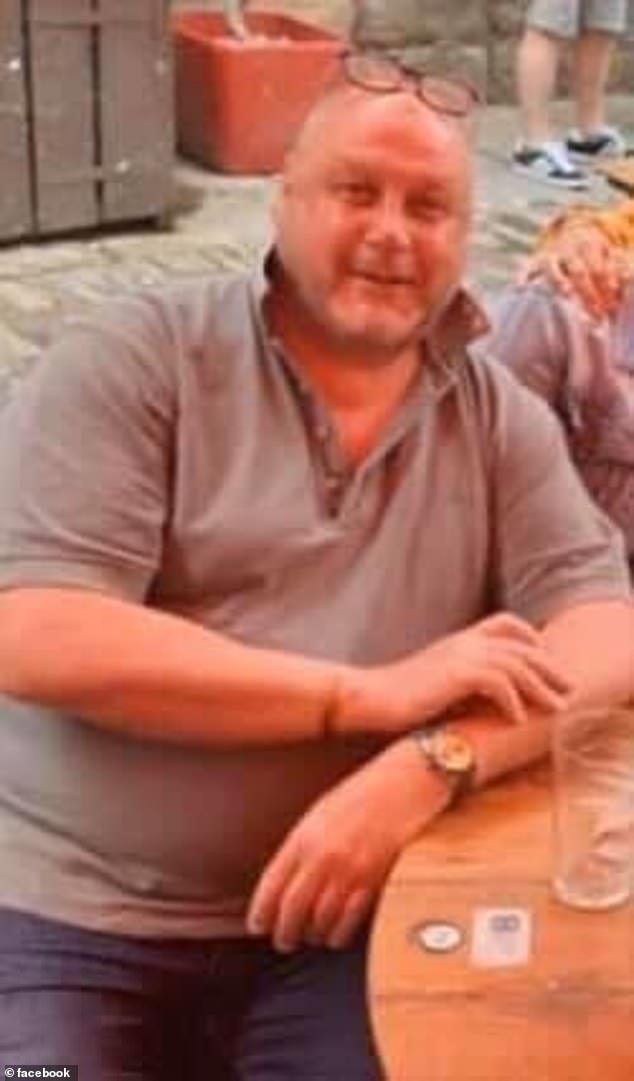 Selfless' nurse Keith Dunnington, 54, from South Shields, near Newcastle, died from coronavirus after working on the frontline at Gateshead's Queen Elizabeth Hospital

'He was the hospital resuscitation officer and had retired but went back to do shifts in the A&E department.'

collection
The Sydney Morning HeraldWednesday 27th May 2020 06:15 AM

collection
The Sydney Morning HeraldWednesday 27th May 2020 06:14 AM