A political scientist from Johns Hopkins University has said the US will need to hit at least two million deaths before herd immunity is reached.

Dr Yascha Mounk says that after reports that as many as 25 percent with the disease don't seem to show any symptoms, it raised the prospect that the US may reach widespread immunity quickly without mass fatalities.

However, when adjusting for a low fatality rate and a high caseload, letting it spread through the US so people can build up antibodies would result in millions of deaths.

In a series of tweets and in an article for The Atlantic, Mounk and offers a grim reality saying that 'deliverance is not in sight.' 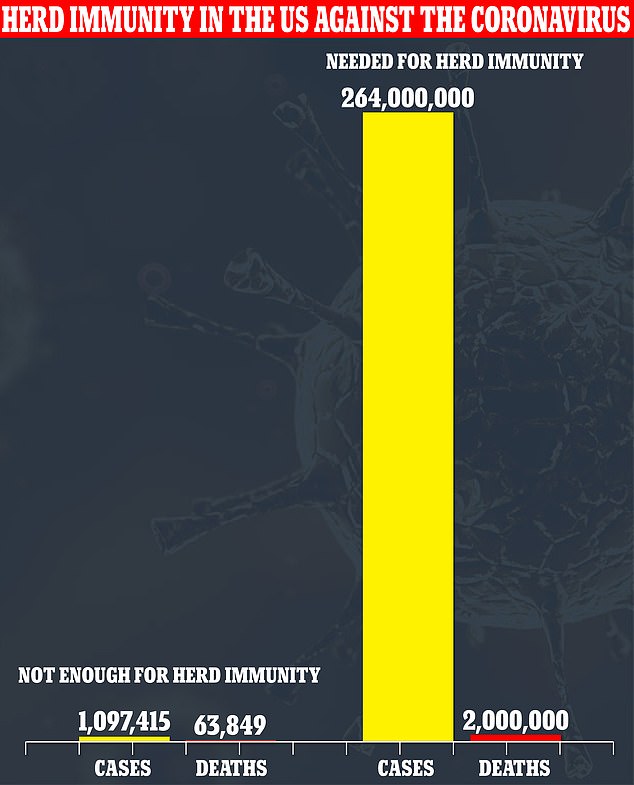 For the 80% to 95% needed to achieve herd immunity, Dr Yascha Mounk estimates two million Americans would have to die from the virus (above) 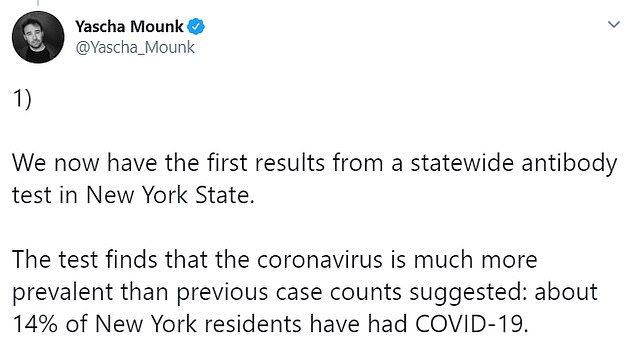 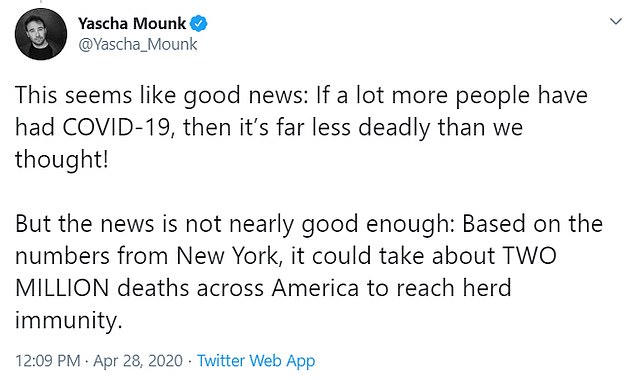 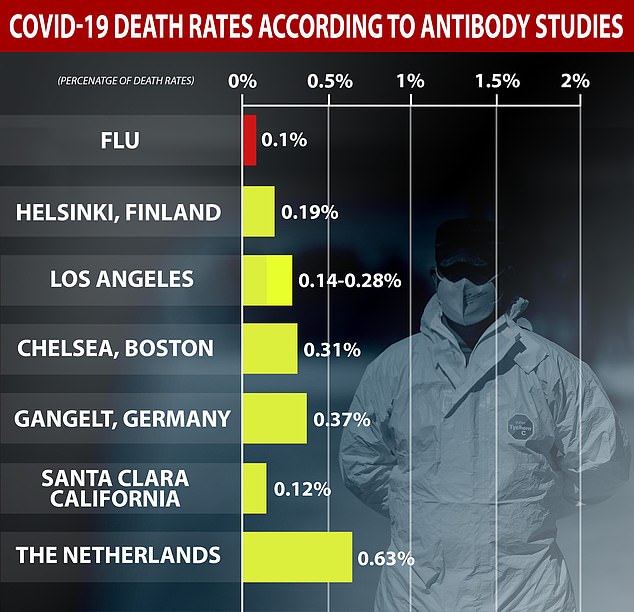 While antibody tests show the fatality rate is much lower than believed (pictured), Mounk says it also means the virus would have to spread further for herd immunity to be reached

This week, the first results from a statewide antibody test in New York revealed that up to 14 percent of residents may have had COVID-19.

Other studies estimate lower fatality rates, such as the roughly six percent of Miami-Dade residents believed to have antibodies against the virus.

In California, tests in Santa Clara County and Los Angeles County found that the true infection rate was likely around four percent.

That's anywhere from 50 to 85 times higher than the number of cases reported in the two counties.

METHODS TO STOP CORONAVIRUS FROM SPREADING

Infected people can spread a contagion to others via direct or indirect exposure.

An outbreak will continue to expand if the average number of people infected by each carrier is greater than one.

Prohibiting group gatherings, closing borders, advising people keep six feet apart, and confining people to their homes has been shown to halt the spread of coronavirus.

In this method the public does not gain immunity in large numbers and the virus could re-surge dramatically if controls are lifted.

People who recover from COVID-19 develop antibodies and immunity.

As the virus spreads through the population and more people develop immunity there are less people the virus can infect.

If enough people have immunity the outbreak will die away.

It is estimated about 30 percent of people who catch the virus will not show symptoms and for many more the symptoms will not be serious.

This method produces a spike in infections which can overwhelm the healthcare system resulting in large numbers of fatalities.

A COVID-19 vaccine would be the safest and most effective way of controlling the outbreak.

There are several vaccines currently in development though they need to be tested which can take many months.