Washington Redskins quarterback Alex Smith has revealed that the compound leg fracture he suffered during a 2018 game nearly resulted in amputation or death because of a flesh-eating bacteria that took hold following one of his 17 surgeries.

In an ESPN documentary that will air Friday night, Smith details his arduous journey back from his broken leg in which he suffered from necrotizing fasciitis, or flesh-eating disease, due to a rare bacteria in his bloodstream.

'So Alex has a flesh-eating bacteria that's eating away at his leg,' Smith's wife Elizabeth said. 'He's septic and, essentially, dying. We're being inundated with medical language. Family, friends, everybody is on high emotion.' 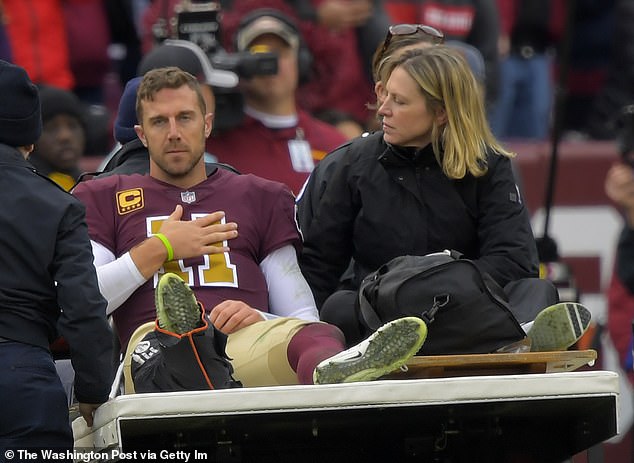 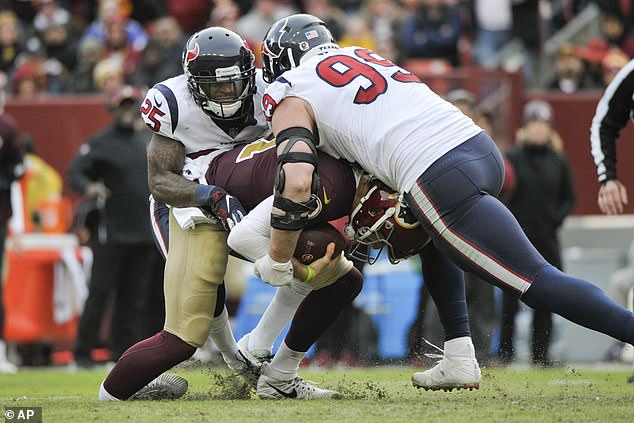 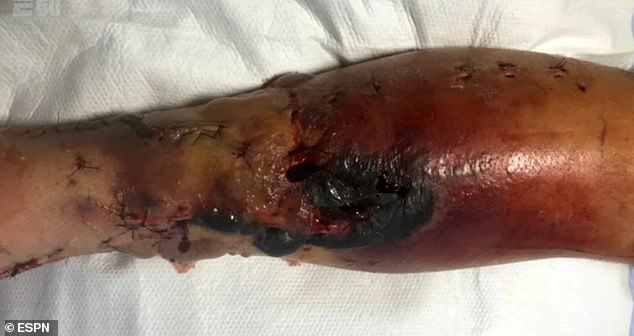 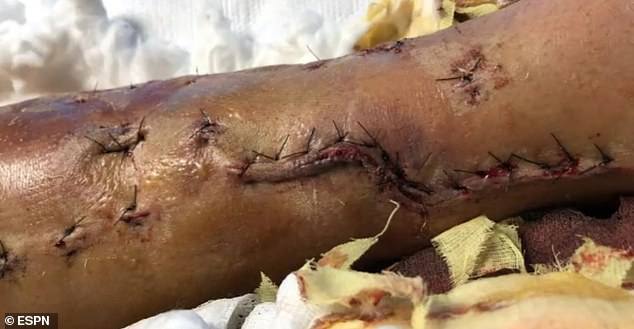 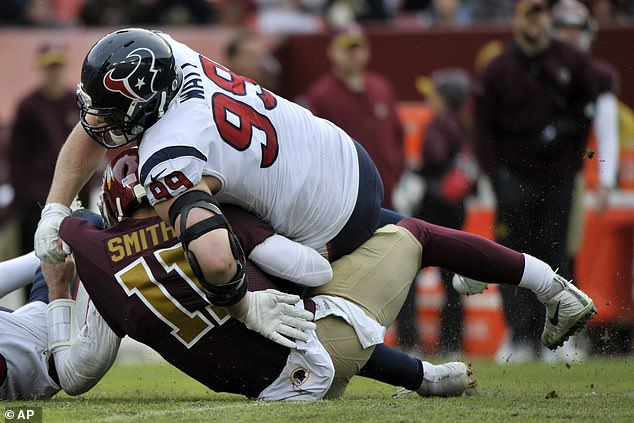 Elizabeth described surprising exchange with a doctor before surgery that illustrated the gravity of her husband's situation: 'We're doing the best we can. And right now, our first priority is we're going to save his life. And then we're going to do our best to save his leg. And anything beyond that is a miracle.'

Smith, 35, did reveal in October 2019 that nearly half of his surgeries were aimed at removing infected tissue from his leg, but it was not until Friday's ESPN documentary that the full extent of his ordeal has been revealed.

According to Elizabeth, doctors explained that Smith's leg deteriorated quickly, turning black and blistering only hours after it appeared to be relatively normal.

One doctor described the situation as 'more comparable to a military blast injury.'

In order to repair the muscle damage surrounding his right tibia, doctors needed to remove part of Smith's left quad in what was considered a risky procedure.

'We wouldn't want to try that surgery and -- if it doesn't work -- weaken the leg that you would have to use for the rest of your life as the strong leg,' one doctor told Smith. 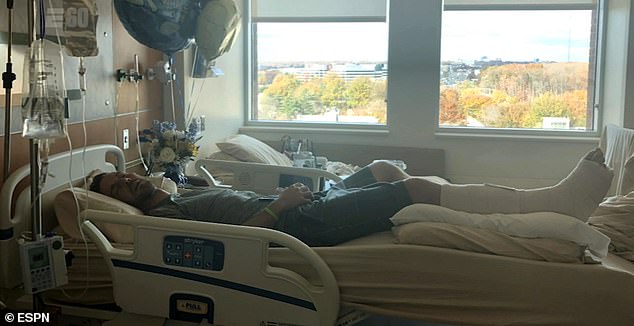 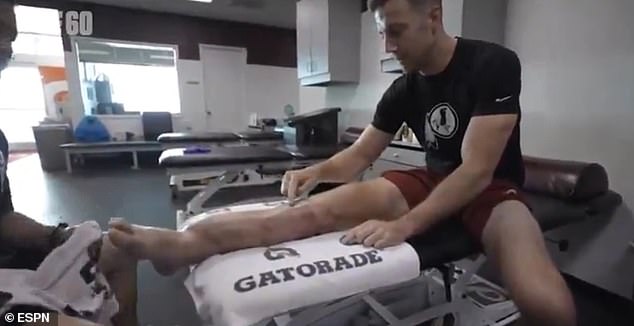 Besides the structural damage to his leg, the skin surrounding the injury also became infected 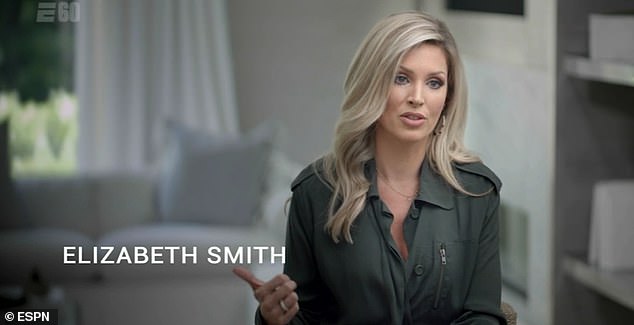