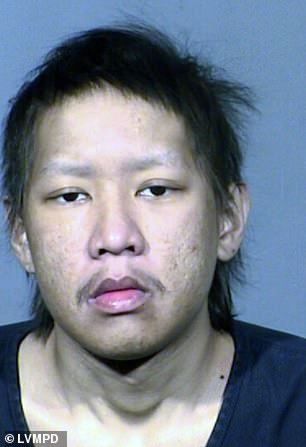 A Las Vegas man is arrested for allegedly shooting several bullets at an Amazon delivery driver's van after mistaking him for a late-night burglar.

The Las Vegas Metro Police Department revealed Austin Lattana, 26, was taken into custody after he reportedly opened fire at an unidentified Amazon worker.

The April 25 incident began around 11:30pm that night when authorities received a call from the Amazon driver.

He told dispatchers that that a resident, later identified as Lattana, confronted him while he was delivering a package to a neighbor's home, according to police report obtained by the Las Vegas Review-Journal.

The driver, who was wearing an official Amazon vest at the time, said Lattana shined a flashlight in his face.

'(The driver) advised that he delivers packages for Amazon and is tasked with deliveries during certain time frames,' the report said, adding that the package was supposed to be delivered before midnight.

Lattana continued to reportedly shine the flashlight at the Amazon driver and followed him back to the delivery truck.

The driver also said a woman took a photo of his license plate.

'(The driver) advised that he is an Amazon delivery driver and entered his vehicle to leave,' the report said.

As the driver was preparing to leave the cul-de-sac, Lattana allegedly fired multiple bullets into the Amazon truck and shattered the rear view mirror. 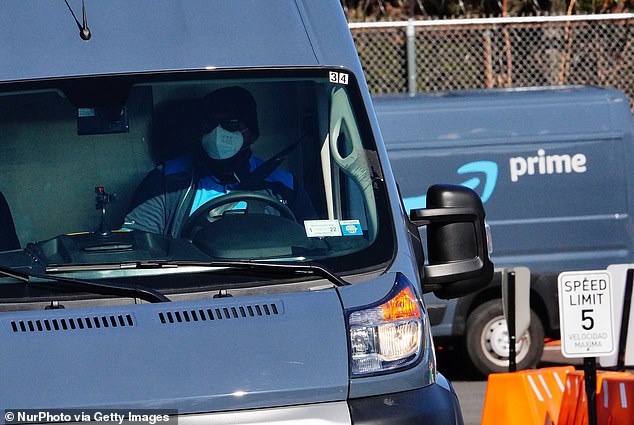 '(The driver) heard a firearm discharging and his vehicle was hit by bullets. (His) rear view mirror shattered,' the report said.

A front passenger window and the front driver's window were also struck by bullets, as were four nearby homes and some cars.

The driver was not injured in the shooting, but quickly called 911 to alert police of the incident.

Lattana told authorities that the driver was trying to burglarize his home and did not believe the man was actually an Amazon worker.

He claimed that he began shooting when the driver reached for something inside his vehicle.

'Lattana said that a guy was walking around the cul-de-sac,' the report said.

'Lattana confronted him, and the guy said he works for Amazon. Lattana did not believe him. When the Amazon driver entered his vehicle, Lattana said he observed him reaching for something, so he began shooting at him.'

PREV Police act like laws don't apply to them because of 'qualified immunity.' They're right.
NEXT George Floyd death: Family say autopsy results are an 'illusion'

Colin Farrell: Irish A-lister on missing his sons and longing for human touch