Britons continued to flock outdoors today despite the ongoing lockdown measures - as a new poll revealed that 75 per of people fear a return to the office.

Lengthy queues of customers began lining up outside B&Q outlets this morning. The DIY chain last week said that all of its 288 stores are now open to the public.

People could also be seen outside Homebase stores as the business followed suit with its competitor and opened all of its 164 nationwide branches.

Police were seen patrolling in Crystal Palace park and warning people to abide by the lockdown restrictions after people were pictured sitting on the grass.

Other businesses such as Burger King, KFC and Nandos have also started opening select stores, with strict social distancing measures in place.

It comes as the Prime Minister is expected to reveal his roadmap of proposals to slowly lift the restriction in place since late March, but come down hard on any secondary hotspots that emerge.

The first easing of restrictions is not expected to come into force until June, and will be accompanied by the stricter enforcement of breaches of the remaining rules, with fines rising from the current £60 to more than £3,000 for repeat offenders.

Despite the large queues forming at stores all over the country, polling released today indicates that just one in four Britons would feel safe at work amid the coronavirus crisis and more than half are opposed to schools reopening, new polls have found. 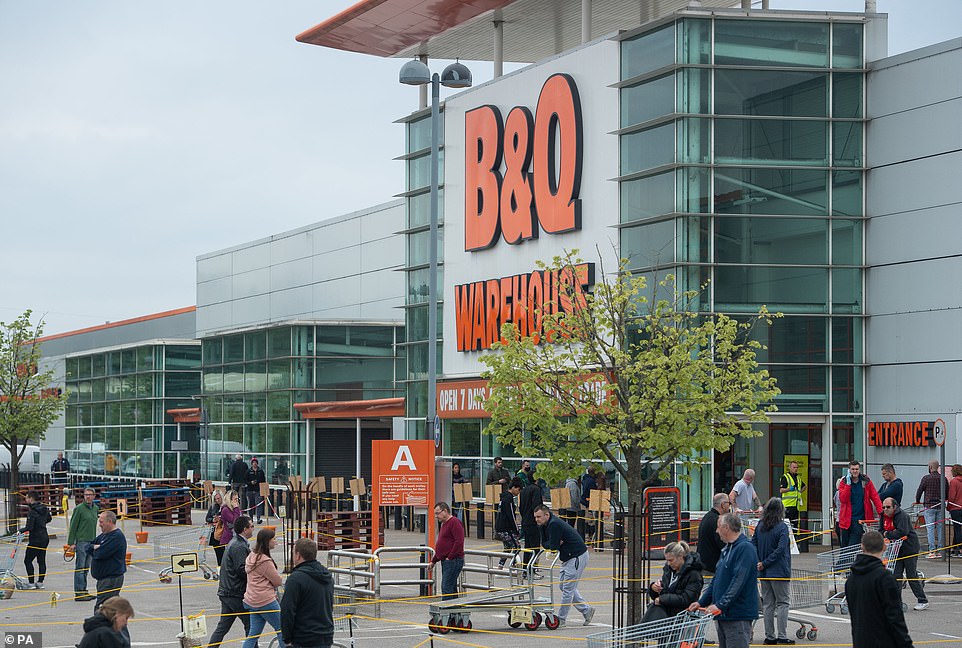 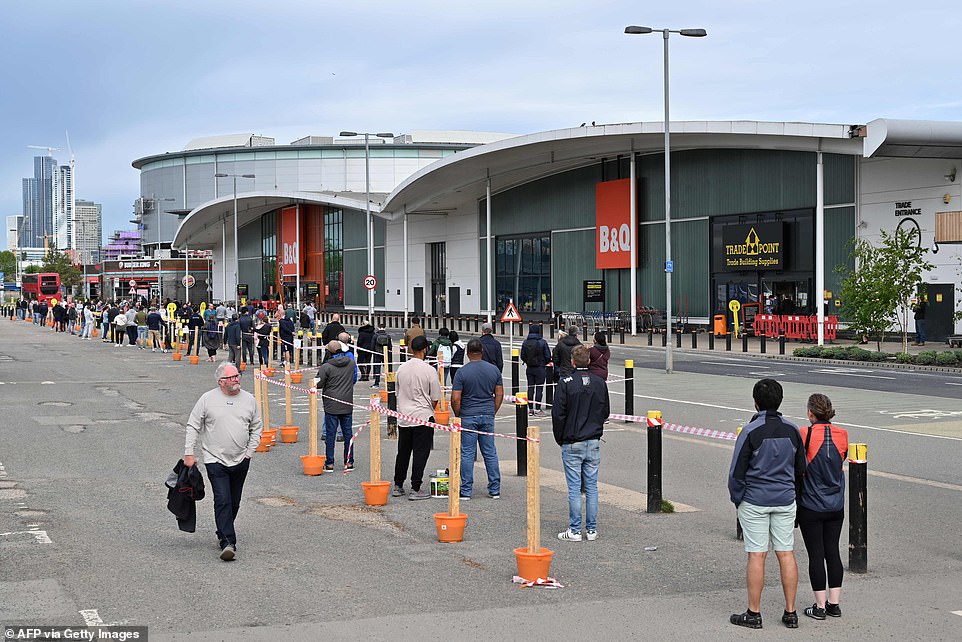 The latest traffic data from TomTom showed a dramatic fall in traffic since the lockdown started in late March throughout the capital. But there was an increase of 2 per cent in traffic levels London compared to the previous Saturday 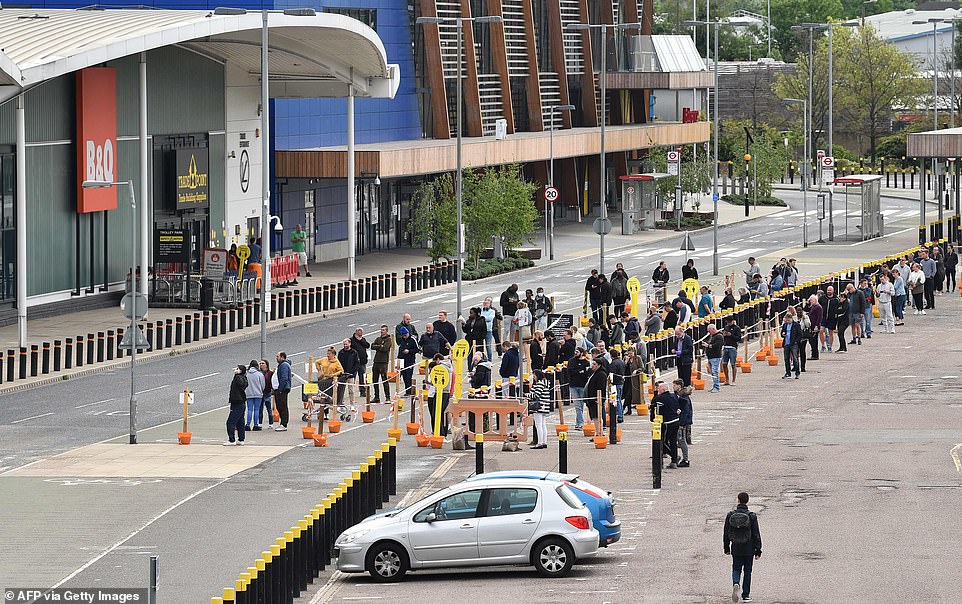 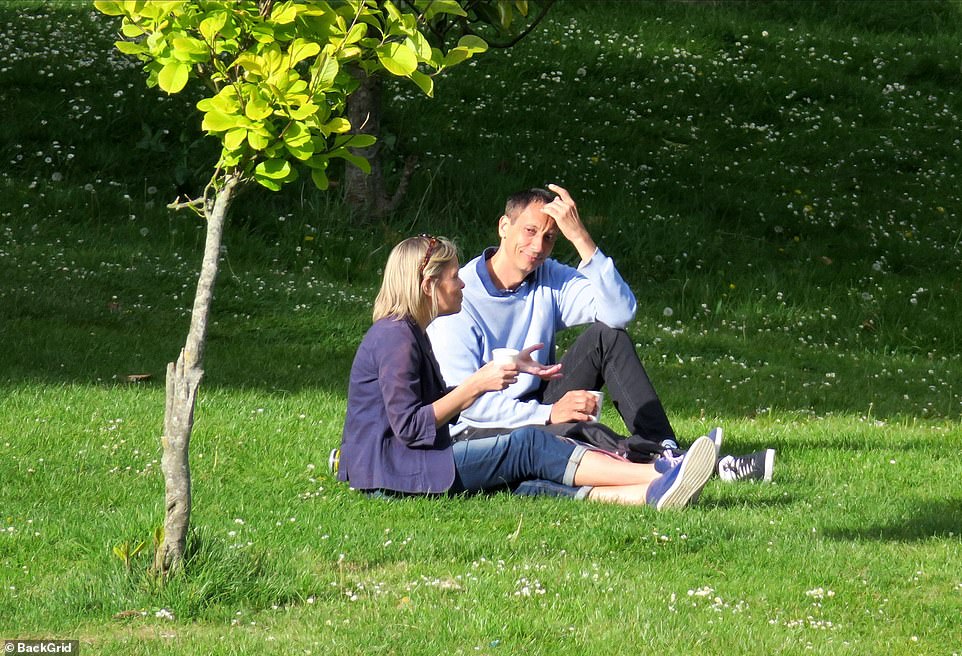 Two people sat on the grass in Crystal Palace today. Police were seen at the park warning people to abide by lockdown measures 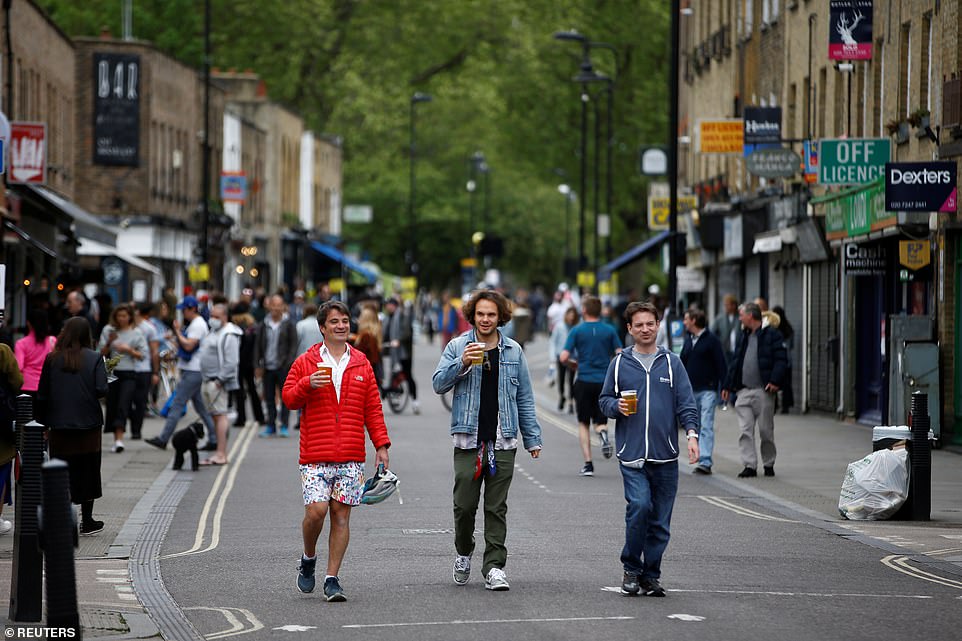 People are seen at Broadway Market, following the outbreak of the coronavirus disease in London this afternoon

Data published by Opinium found only 17 per cent of Britons believed conditions had been met to considering reopening schools on May 8, with 67 per cent of those polled believing the opposite.

There was also opposition to the reopening of restaurants and pubs - with only 11 per cent agreeing Britain is at a place to open eateries and 9 per cent supporting a return to pubs.

Which business have started to reopen?
Nandos - has opened six restaurants - four in London and two in Manchester - for delivery only The restaurants to reopen are: London (Clink St, Camberwell, Canary Jubilee, Gloucester Road) Manchester (Fallowfield, Printworks)Burger King - has opened eight restaurants for delivery in Dundee, Aberdeen, Reading, Hillington (Norfolk), Southampton, Merto, (London) Springfield Quay (London) Wagamama -  is to reopen its kitchens to deliver food to customers' homes from Thursday from its kitchens in Peckham and HackneyGreggs - will be opening 20 shops in the Newcastle area as part of a 'trial'Five Guys - the burger chain has opened 20 of its 104 restaurants