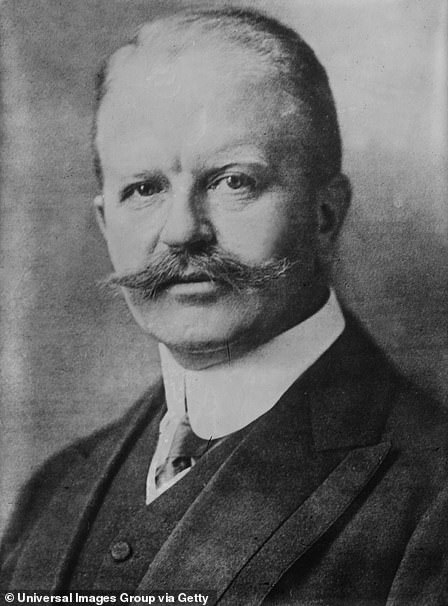 German Foreign Minister Arthur Zimmermann, pictured, proposed an alliance with Mexico if the United States joined the war on the side of the allies. Mexico was told they would receive Texas, New Mexico and Arizona in the event of an allied defeat. Experts in Room 40 of the Admiralty intercepted the telegram and it was later leaked to US newspapers

Tony Comer - who has worked for GCHQ for 36 years and has spent the last 10 as its historian - picks high-profile moments from its history.

In January 1917, GCHQ's predecessors in Room 40 of the Admiralty produced an intelligence report that contributed to the United States, which was still neutral at that point, entering the First World War on the Allied side.

The German Foreign Minister, Arthur Zimmermann, proposed an alliance with Mexico: if the US joined the Allied side in the war and Mexico would ally itself with Germany, it would receive Texas, New Mexico and Arizona as prizes after the defeat of the Allies.

The message was intercepted by the UK and read on January 17, with its importance quickly realised.

A copy of the message between the German Embassies in Washington and Mexico City was shown to the US Embassy in London.

It was leaked to the US press and was front page in most US newspapers on March 1 1917.

Zimmermann publicly announced that the telegram was authentic, and in April the United States declared war on Germany.

The Enigma machine was invented by a German engineer Arthur Scherbius shortly after the First World War.

Dilly Knox, one of the former British First World War codebreakers, was convinced he could break the military version of the system and set up an Enigma Research Section, comprising himself and Tony Kendrick, later joined by Peter Twinn, Alan Turing and Gordon Welchman: their success was built on a foundation of the success of Polish cryptanalysts before them.

They worked in the stable yard at Bletchley Park and that is where the first wartime Enigma messages were broken by the UK in January 1940 during the Second World War. 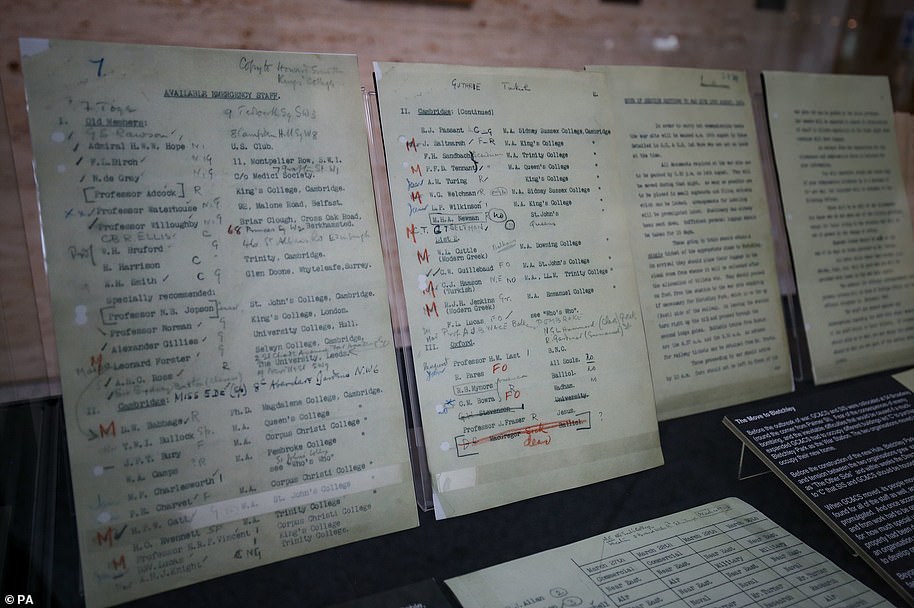 Details of those who worked at Bletchley Park have been

PREV Conviction quashed for man serving life sentence for the murder of his pregnant ...
NEXT Debbie McGee reveals the day Prince Andrew flew Paul Daniels to a event 'in the ...