Suella Braverman is one of the bright new stars in the Conservative firmament.

This talented woman from a modest background has enjoyed an unprecedented rise since her election as an MP in 2015. As Attorney General, she is the most senior government law officer, responsible for providing ministers with legal advice and supervising the Crown Prosecution Service.

Indeed, Mrs Braverman, who was raised in North London by parents of Indian origin who emigrated to Britain from Kenya and Mauritius, has made waves by claiming that judges are encroaching on parliamentary sovereignty, with decisions like that of the Supreme Court last year which declared Boris Johnson’s prorogation of Parliament unlawful.

And she may yet rise higher. For this week in the Commons, the Prime Minister acknowledged there were too few women in his Cabinet, and he is poised to remedy the situation.

Mrs Braverman — capable, on the Right of the Tory spectrum and a champion of Brexit — would be an obvious candidate for promotion. But there is a fly in her ointment.

The position of Attorney General is quintessentially about judgment — the ability to weigh evidence soberly and dispassionately. So, it is concerning to find that, in one aspect of her life, she exhibits — according to critics — a worrying lack of sound judgment. 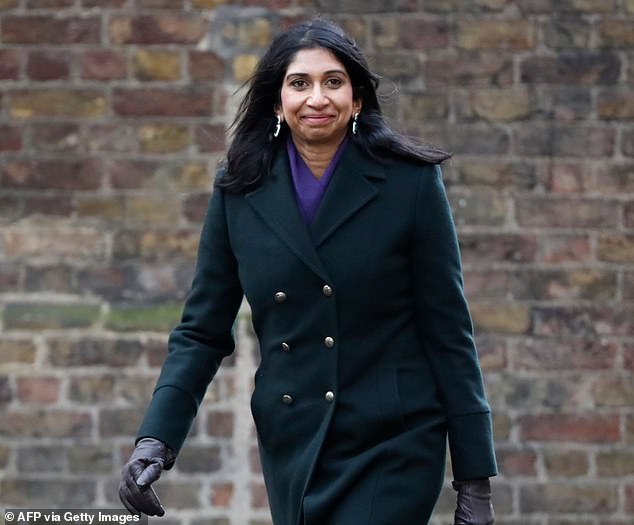 The problem centres on her membership of a Buddhist sect called Triratna. For years, she has attended meetings and retreats organised by the group, and at one point was considering ‘ordination’: joining its inner core.

No problem there, one might think. A fresh perspective on public life is always healthy, and Mrs Braverman, 40, a Cambridge and Sorbonne-educated QC, is the first Buddhist Attorney General, an office created in 1243. A prime example of modern, inclusive Britain.

Except that Triratna has been the subject of very serious allegations of historic sexual abuse. Indeed, an internal survey of congregants only two years ago confirmed it continues to cause disquiet among members. And the hurt felt is still not resolved, despite the appointment of a safeguarding officer and apparent attempts to address it.

This sect is the creation of Dennis Lingwood, a British-born guru known to his thousands of adherents around the world as Sangharakshita. It is immensely wealthy, owning properties around Britain worth tens of millions of pounds, and has proved a magnet for young, educated people in search of enlightenment.

But there is a darker side: Triratna has admitted it has a long history of systematic sexual abuse of members.

For decades this group had tolerated a history of sexual exploitation, chiefly vulnerable young men used as playthings by Lingwood and other senior members. The result has been long-lasting mental trauma and ruined lives. And it is thought to have contributed to one young man’s suicide.

The horrors of Lingwood’s perverted reign have seeped out steadily over the years. Yet this toxic abuser, who marketed himself as a bringer of Buddhist enlightenment to the West, is still venerated by followers.

When he died in 2018 aged 93, more than 1,000 members gathered for his funeral at Triratna’s headquarters, a country house in Herefordshire formerly known as Coddington Court. 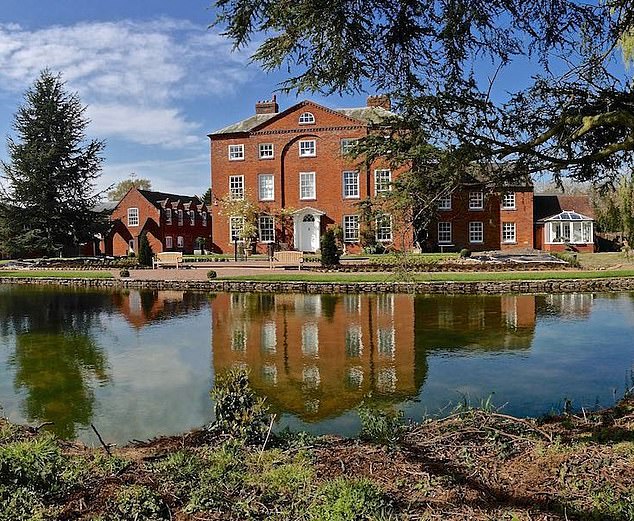 Casual bystanders would have imagined they were witnessing the passing of a saint, so elaborate and solemn was the ceremony.

In fact, this display of religious reverence was, critics argue, one gigantic exercise in denial. And in continuing to attend Triratna events — at the innocuously named London Buddhist Centre in the capital’s East End and other locations — Mrs Braverman shows herself as being prepared to look the other way when it comes to the stories of those who suffered.

‘Sangharakshita’s behaviour was consistent with a narcissist or a psychopath,’ says victim Mark Dunlop. ‘He didn’t see people as people, but things. If he didn’t get what he wanted, he stopped caring about the person.’ What Lingwood wanted from Mr Dunlop was sex.

After deserting from the British Army in India shortly after the end of World War II, Lingwood, son of a French polisher from Tooting, South London, took off in search of enlightenment, communing with teachers and picking up Buddhist philosophy.

He returned to Britain in the 1960s and established a sect, capitalising on the ‘free love’ hippy culture of the time. His was a mish-mash philosophy, mostly Buddhist but infused with ideas borrowed from psychoanalyst Sigmund Freud and philosopher Friedrich Nietzsche.

At its centre was a belief that men were more open to spiritual enlightenment than women. Mothers, argued Lingwood, held their sons back, turning them into neurotics. Lingwood, a homosexual, championed ‘Greek love’ — that of an older man for a boy.

Better, he taught, that male and female members of his sect, originally called Friends of the Western Buddhist Order (FWBO), lived largely apart.

So, it became a mostly segregated organisation, with men and women living separately and working for low wages in different branches of the charitable businesses — such as oriental trinket and wholefood shops — created to finance its activities.

This suited Lingwood, who now enjoyed unrestricted access to young men, some of them teenagers and many of whom (if not most) were heterosexual. Some were vulnerable, having had difficult childhoods. On their arrival at retreats, Lingwood persuaded his victims to engage in gay sex to free themselves from unhealthy inhibitions. Fresh recruits attending retreats would find they had been chosen to sleep in Lingwood’s room — where they found him waiting in bed. Triratna admits Lingwood slept with at least 25 men over a 20-year period, but the true figure is unknown.

Mr Dunlop, from Rochester, Kent, was 22 when he joined the FWBO in 1972. He was spotted by Lingwood soon after starting meditation classes at a centre in North London and was subjected to intense grooming.

‘I told him I hated having sex with him, but he said I must persevere,’ says Mr Dunlop.

‘Sangharakshita got people to think he was on their side. But there was also bullying. If you objected to what was happening, senior members accused you of being superficial and spiritually insincere. I was naive rather than terribly vulnerable. I thought a Buddhist monk would not do such things and that his followers wouldn’t let him get away with it. But they did.’

Mr Dunlop, who is heterosexual, paid a heavy price. Expelled from the order in 1989 after objecting to his treatment, he was unable to settle in a relationship or job. Now 70, he is still suffering post-traumatic stress. ‘It ruined my life,’ says Mr Dunlop.

What would he say to Mrs Braverman? ‘I would ask her why she is a member,’ he says. ‘I would like to know how she feels about it — the controversy.’

For her part, Mrs Braverman declined to answer any of the questions put to her by the Mail.

What we do know, however, is that in 2018 a group of Triratna