Snubs, insults and downright bitchiness – for the first time Australian cyclist Anna Meares has told the inside story of her bitter feud with British golden girl Victoria Pendleton and their final showdown at the London Olympics.

Meares, who dethroned the local hero dubbed ‘Queen Victoria’ to win gold in the Brit’s last-ever race, has skirted around the rivalry for years, claiming reports of deep-seated animosity between the pair were ‘just paper talk’.

But in her newly-released biography ‘Now’, the dual Olympic gold medallist reveals the feud was in fact very real and ultimately led to Pendleton’s downfall.

According to Meares, in the lead-up to the London Games she was snubbed by Pendleton and insulted by the British media, leading to the successful culmination of a secret three-year training campaign the Australian and her team had labelled ‘Know Thy Enemy’.

Victoria Pendleton (pictured at the Laureus World Sports Awards in Germany in February) lost to Ms Meares (right, after her win) on her home turf at London's 2012 Olympics 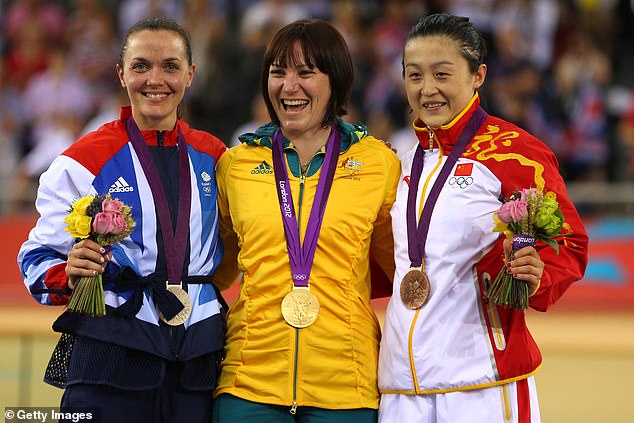 Victoria Pendleton (pictured, left) poses with her silver medal after being beaten at the London Olympics in 2012 by Australian Anna Meares (centre) while Shuang Guo (right) on bronze

By the time Meares arrived in London for the 2012 Olympics she was so focused on beating Pendleton that her team-mates feared the bitter rivals would come to blows when they crossed paths unexpectedly in the dining room of the athletes’ village.

Meares says the seeds for the feud were sown during a race at the 2006 World Championships in Bordeaux, France.

In trying to block Pendleton from moving to the front of the pack Meares’ pedal had hit the Englishwoman’s wheel and she nearly fell.

Meares was disqualified and tried to apologise after the race.

‘To my surprise, she snaps at me, "I’m not interested in anything you have to say", Meares writes in the book. 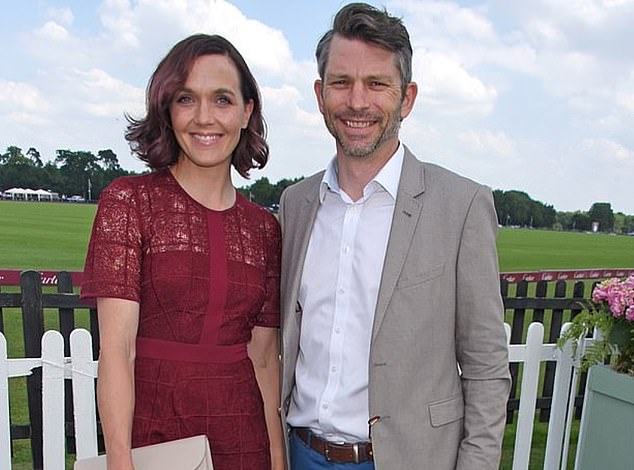 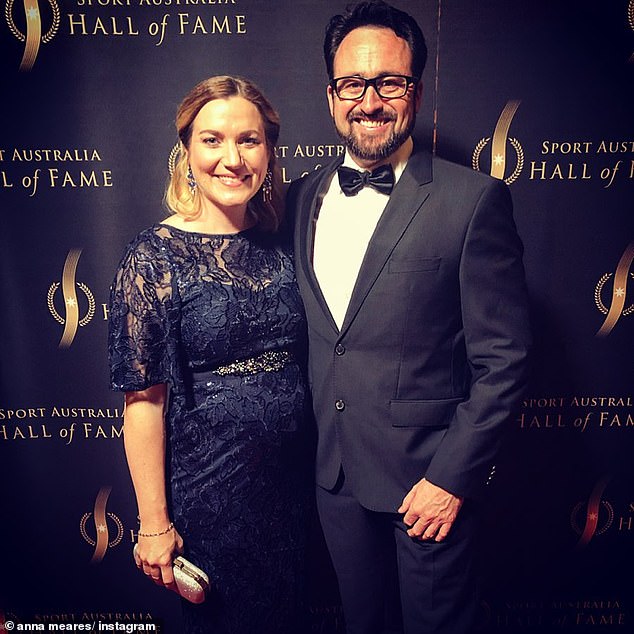 Anna Meares (pictured, left, with her partner Nick Flyger) made a remarkable comeback after a devastating crash in January 2008

‘I try again and she repeats sharply: "I’m not interested".’

From that moment their relationship deteriorated, with sportswriters building up the prospect of the two meeting in the final of the women’s sprint at the Beijing Olympics as cycling’s ‘grudge match of the century.’

But in January 2008, just seven months before the start of the Games, that showdown seemed impossible after Meares was involved in a horrific crash during a race in Los Angeles.

Her neck was broken, shoulder dislocated and she had torn ligaments and tendons.

A doctor told her it was a miracle she was not a quadriplegic. 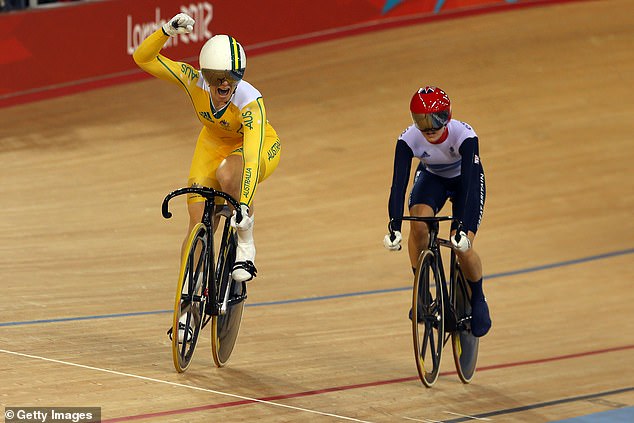 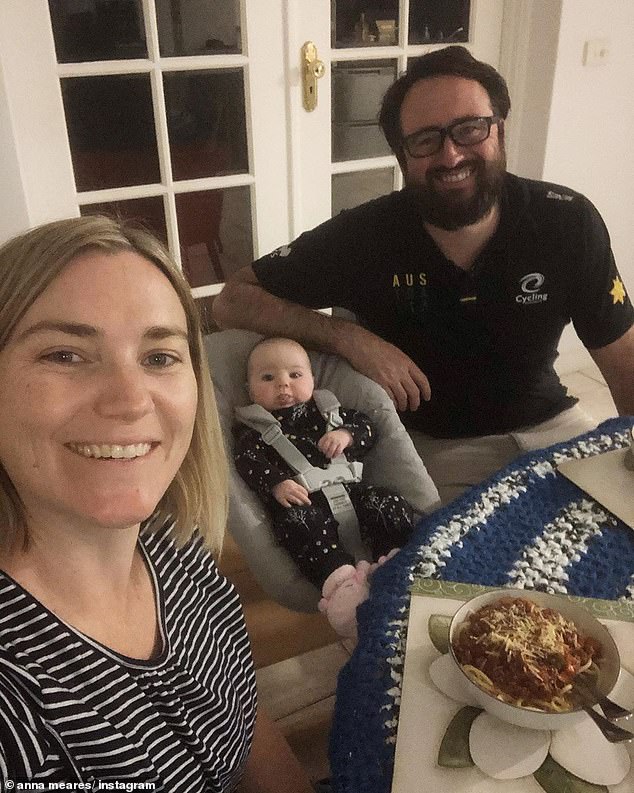 Incredibly, she was back training on a stationary bike ten days later, made the Olympic team and in an epic contest before a vocal home crowd, defeated China’s Guo Shuang in the semi-final of the sprint before going to down to Pendleton in the final.

The pair would meet again at the 2010 World Championships in Melbourne but it was not anything that happened on the track that enraged Meares, it was what Pendleton said to a local reporter.

‘This was when everything changed for me,’ Meares said.

‘Victoria was quoted as saying that she believed her biggest rival at the London Olympics would be Guo Shuang, who she described as the runner-up at the 2008 Games. 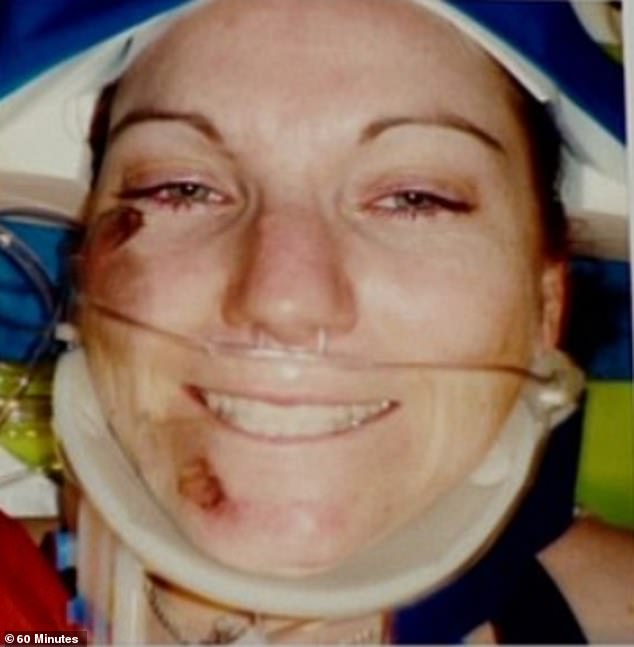 In January 2008, Ms Meares was involved in a horrific crash during a race in Los Angeles which left her with extensive injuries (pictured) 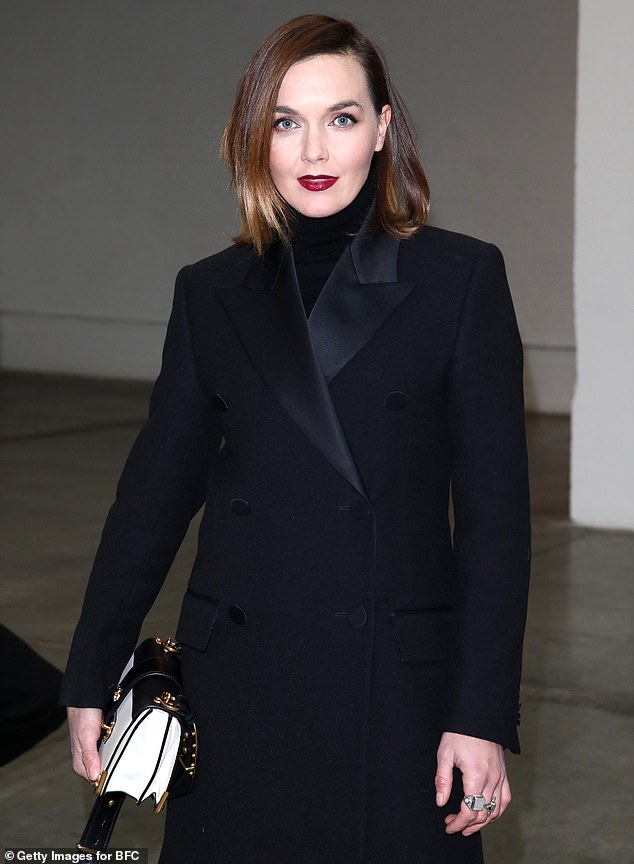 Victoria Pendleton (pictured at London Men's fashion Week in 2019) was praised in the British press for her photogenic red carpet appearances, as well as her cycling

'But I had defeated Guo in the semi-final in Beijing, before Victoria beat me for the gold medal. I could not believe what I was reading. I was upset and offended.

‘I started thinking, "I don’t care if you don’t like me, and I understand if you don’t respect me, but at least acknowledge me for what I went through before Beijing."

'I won that silver medal after breaking my neck in a race fall and went through months of rehab just to get there.

‘For me, there couldn’t have been a bigger slap in the face, and she had made it a public one.’

Meares and her team threw themselves into ‘Project Know Thy Enemy’.

They watched and studied over 300 hours of video of Pendleton’s races, determining that she preferred to race from the rear position. 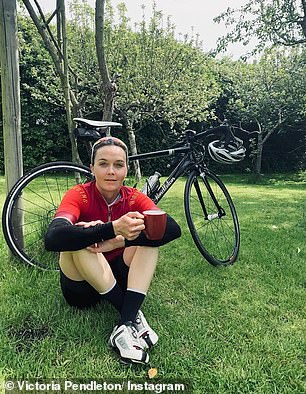 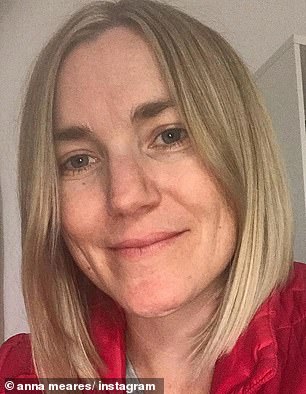 Anna Meares (pictured, right) has opened up about her complicated rivalry with Britain's Victoria Pendleton 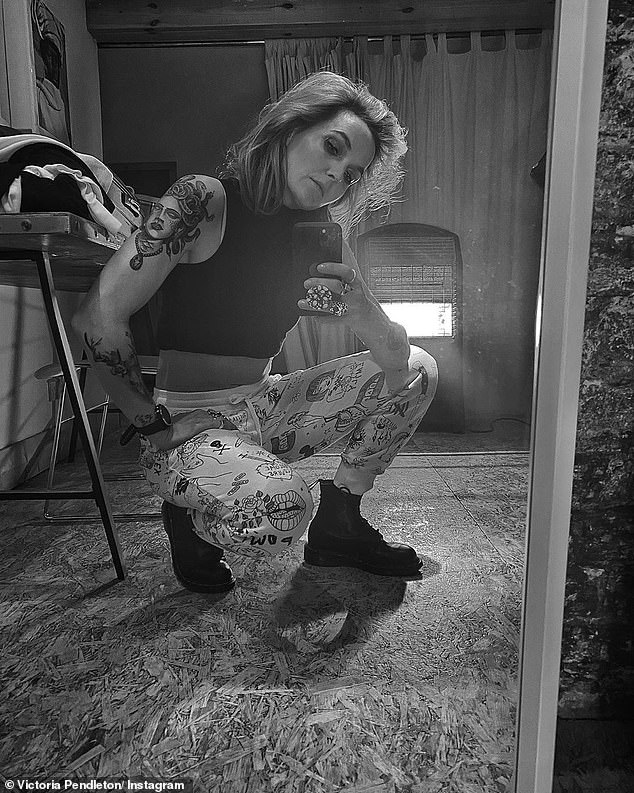 PREV How the FBI is now involved in embezzlement case against Champions Golf Academy manager
NEXT A remarkably well preserved mosaic floor has been discovered by archaeologists ...

Indonesia is predicting baby boom of up to 450,000 during pandemic