James Murdoch has announced he is stepping down from the board of News Corp, citing editorial differences over content published by its media platforms, which include The Wall Street Journal, The New York Post and News UK.

'My resignation is due to disagreements over certain editorial content published by the Company's news outlets and certain other strategic decisions,' he said in a statement on Friday.

James, 47, the younger son of Australian media mogul and News Corp chairman Rupert Murdoch, had been on the board of directors since 2013.

He did not go into detail about his differences with the media company however, James, the more liberal member of the Murdoch family, has been publicly critical of its news platforms in the past. 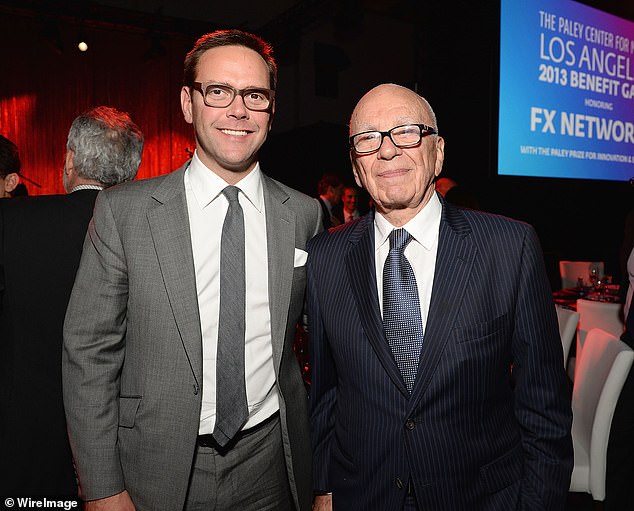 James Murdoch, the younger son of Australian media mogul Rupert Murdoch (pictured together in 2013) announced he is resigning from the board of News Corp

Most recently in January, James and his wife Kathryn spoke out against the family business for promoting climate change 'denials' during

NEXT Tom Moore describes honour at being awarded the freedom of his home town of ...