British boy, 13, is fighting for life after suffering ‘severe’ head injuries when he plunged 26ft from cliffs on the holiday island of Formentera The teenage boy was pulled unconscious from the sea, health officials reported It is understood he was taking part in an activities trip at the time of the incident  The circumstances that led to the incident are currently under investigation

By Natalia Penza For Mailonline

A British boy is fighting for his life in hospital after plunging 26ft from cliffs on the holiday island of Formentera.

The unnamed boy, who had just turned 13, suffered a 'severe' head injury and was pulled from the sea unconscious, according to health officials.

He is understood to have been taking part on a trip with an outdoor activities firm at the time of the incident.

Emergency responders said the boy plunged from a height of around 26ft, but some local media reports claim he fell from as high as 50ft. 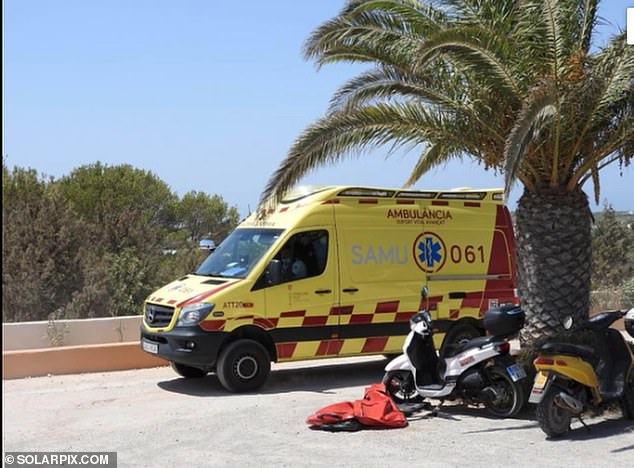 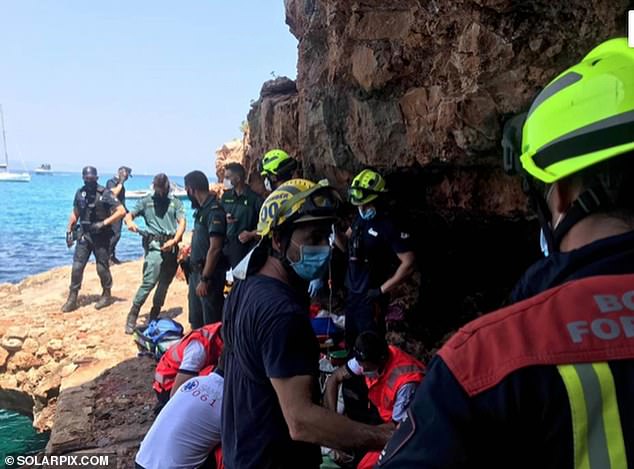 Emergency teams are pictured about at the scene of the incident

Firefighters rushed to the scene along with local police, Civil Guard and paramedics mobilised by a regional government-run emergency response centre.

After being pulled from the sea, the boy was rushed to a nearby jetty so he could be transported to hospital.

He was initially taken to Formentera Hospital before being transferred by helicopter to a second hospital on another of the Balearic Islands.

Hospital sources confirmed today he was in intensive care with 'multiple injuries.'

Officials initially said he had been taken to Son Espases Hospital in Majorca, although one well-placed source said he was in a private clinic in Ibiza.

The circumstances surrounding the incident, which happened around 1.30pm on Friday in Punta Prima on

PREV Police arrest suspect connected to apparent killing of professional poker player Susie Zhao
NEXT James Murdoch steps down from the board of News Corp over 'disagreements over ...