Bondi Beach was packed with hundreds of Sydneysiders and tourists just months after similar scenes sparked its sudden month-long closure.

Hundreds flocked to the world-famous beach on Sunday to soak up the winter sunshine as New South Wales battles to avoid a Victoria-style second wave of coronavirus infections.

The concerning crowds came on the same day Melbourne was forced into stage four lockdown after 671 new cases and seven deaths were recorded in Victoria on Sunday.

The carefree crowds appeared to show little regard for social distancing guidelines as they mingled and sat together in large groups on the grass at the northern end of the beach. 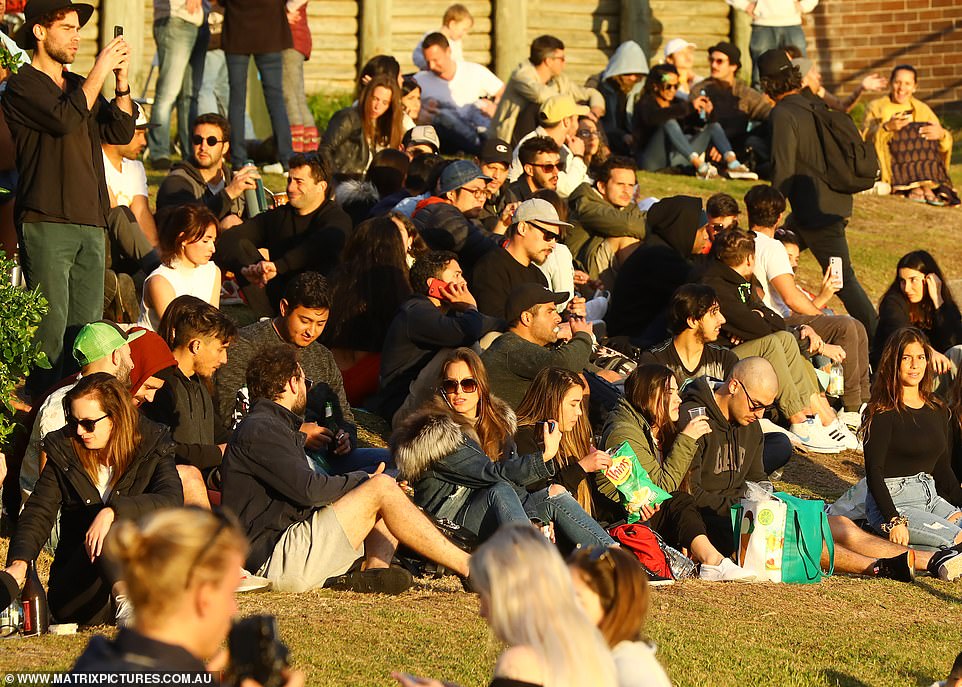 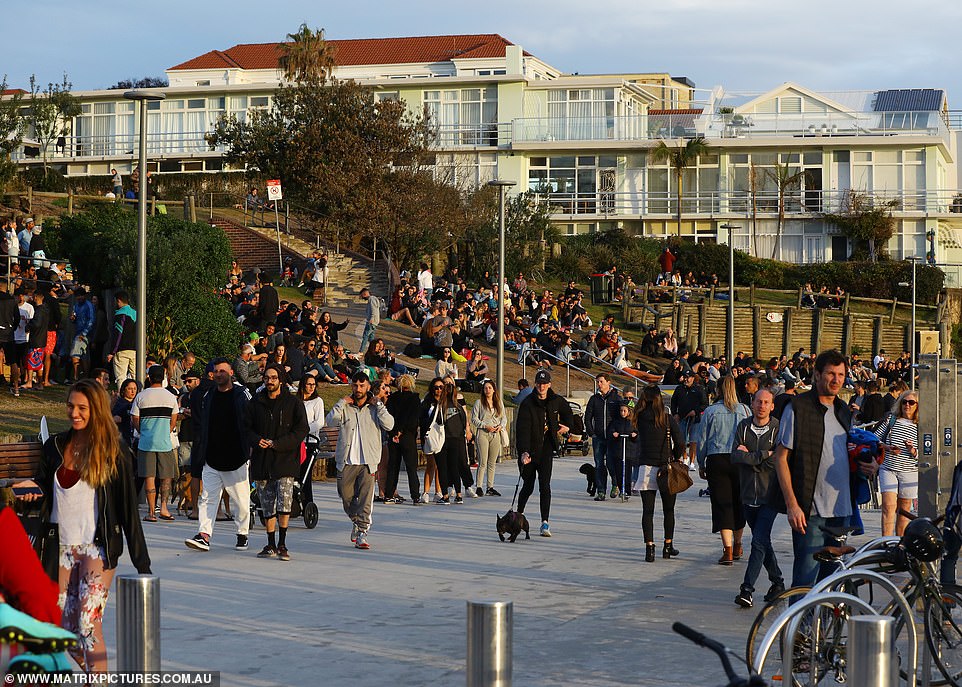 Bondi Beach was packed with Sydneysiders and tourists, some who showed little regard for 1.5m social distancing guidelines 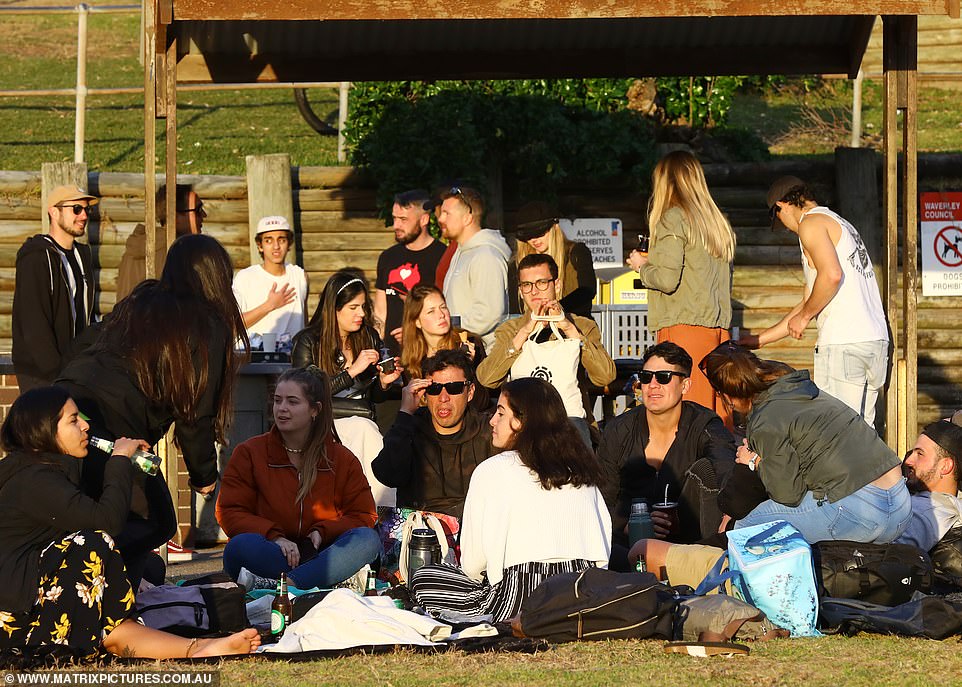 As Melbourne went into a stricter lockdown, Sydneysiders took advantage of their freedom as they flocked to the beach on large social gatherings

Those unable to snare a park bench packed the grassy hill to enjoy the view in large congregations, as many more strolled along the promenade as the temperature reached 19C.

Some revellers were in party mode as they enjoyed a few drinks with their mates.

There appeared to be no police or council rangers ensuring restrictions were being obeyed. The beach is supposed to be restricted to 500 visitors at a time, according to the Waveley Council website.

Very few face masks were seen, despite a plea on Sunday from NSW Premier Gladys Berejiklian urging everyone to wear one in public settings.

Many congregations were close to the capped government limit of 20 for public gatherings.

Board riders, surfers and swimmers also flocked to the water in large numbers.

Waverley Council's latest update states its beaches and ocean pools, including Bondi are open for all activities.

'Visitor numbers at beaches are still restricted to 500 people,' the website states. 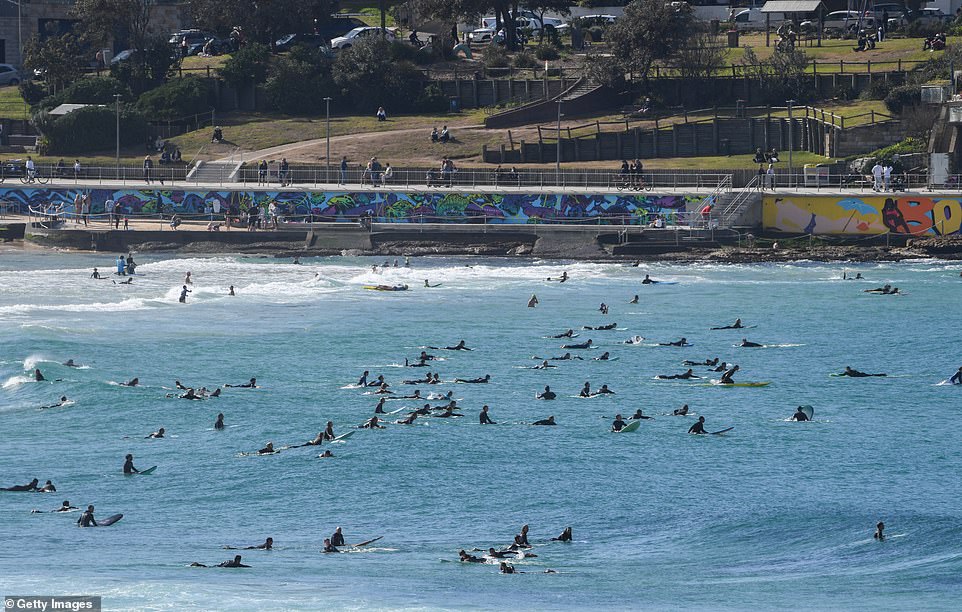 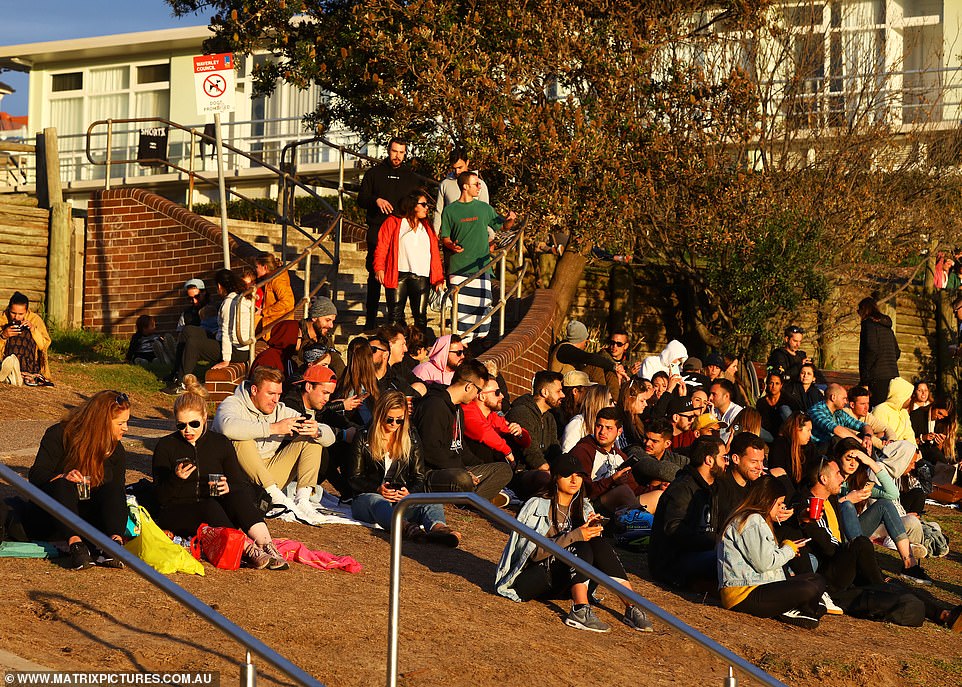 As NSW battles to control a second wave of infections, hundreds flocked to Bondi Beach 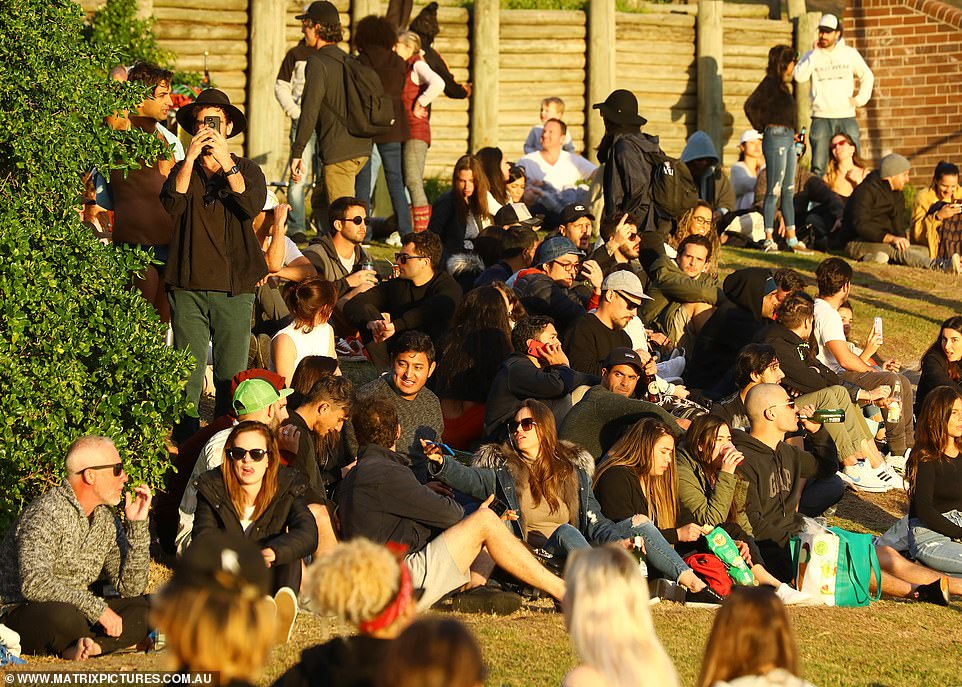 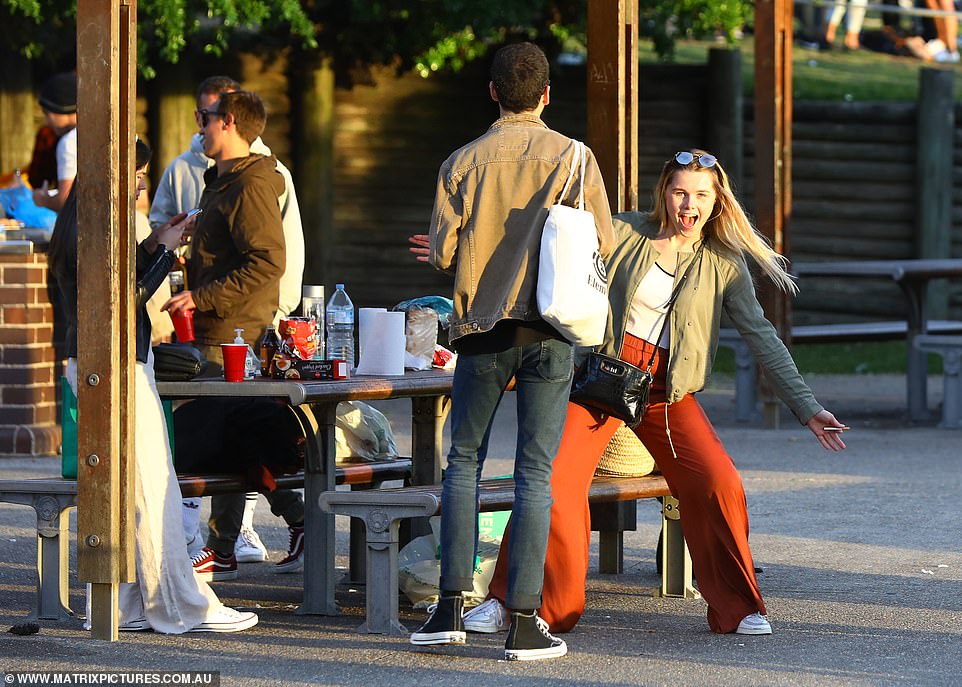 PREV Who are secretive British protest group Forever Family Force?
NEXT James Murdoch steps down from the board of News Corp over 'disagreements over ...