Woman, 24, is charged with ‘deliberately coughing in a policeman’s face and then unleashing her two large dogs on him’ Woman was charged after allegedly deliberately coughing in policeman's face  Police said they were called to home in New South Wales town of Wagga Wagga 27-year-old man arrested before police tried to speak to the 24-year-old woman  She allegedly moved in front of constable and coughed deliberately in his face Young woman accused of then letting two large dogs off their leads, police said

A woman has been charged after allegedly deliberately coughing in a policeman's face twice before setting her two large dogs on him.

Police said they were called to a home in the Wagga Wagga suburb of Ashmont in southern New South Wales about 11.15am on Sunday to reports of a domestic violence incident.

A 27-year-old man was arrested by police on arrival at the Tarakan Avenue address before they tried to speak to the 24-year-old woman. 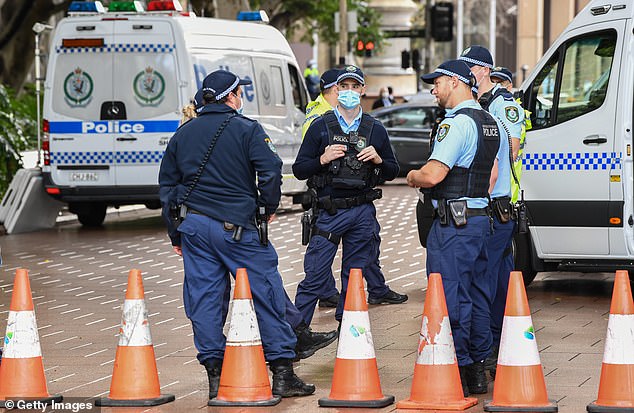