Tropical Storm Isaias has now killed at least seven people after leaving more than three million people across the United States without power.

The weather system spawned tornadoes and dumped rain Tuesday along the East Coast after making landfall as a hurricane in North Carolina, where it caused floods and fires that displaced dozens of people. Winds brought down a church steeple in Ocean City, New Jersey on Tuesday morning.

Power outages also spread as trees fell, with more than 3.3 million customers losing electricity across multiple states as of 6:30 p.m. EDT Tuesday, according to PowerOutage.US, which tracks utility reports. New Jersey had the most outages of any state, with more than 1.3 million.

Two people died when Isaias spun off a tornado that struck a North Carolina mobile home park. Authorities said two others were killed by falling trees toppled by the storm in Maryland and New York City. Before making landfall late Monday, Isaias killed two people in the Caribbean and battered the Bahamas before brushing past Florida. A Pennsylvania woman died after her car was swept into a creek.

More than 18 hours after coming ashore, Isaias still had sustained top winds of 65 mph at 5pm EDT Tuesday. The storm's center was about 20 miles west of Albany, New York.

As Isaias sped northward at 40 mph, the National Hurricane Center warned of flash flood threats in the New York's Hudson River Valley and potential for minor to moderate river flooding elsewhere in the mid-Atlantic region. 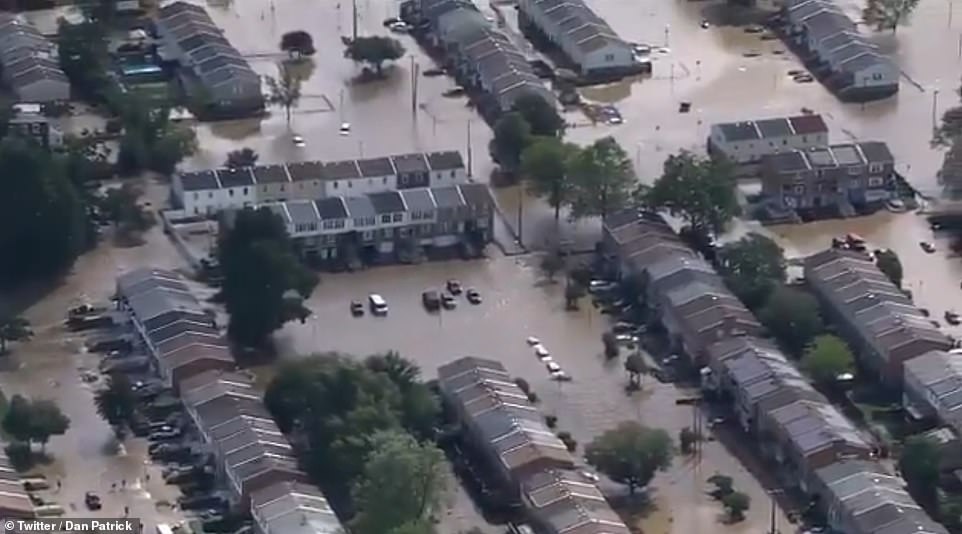 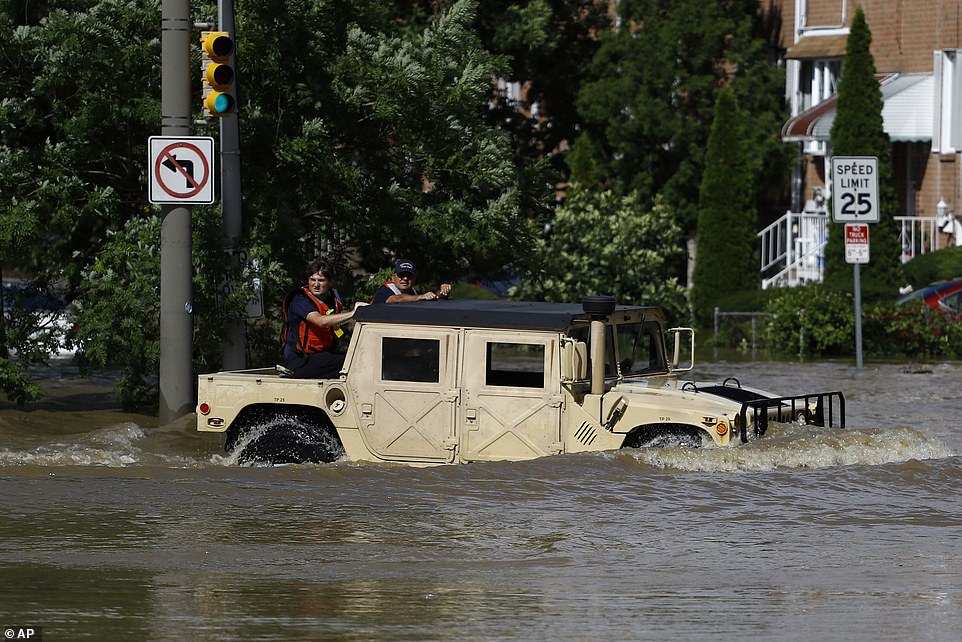 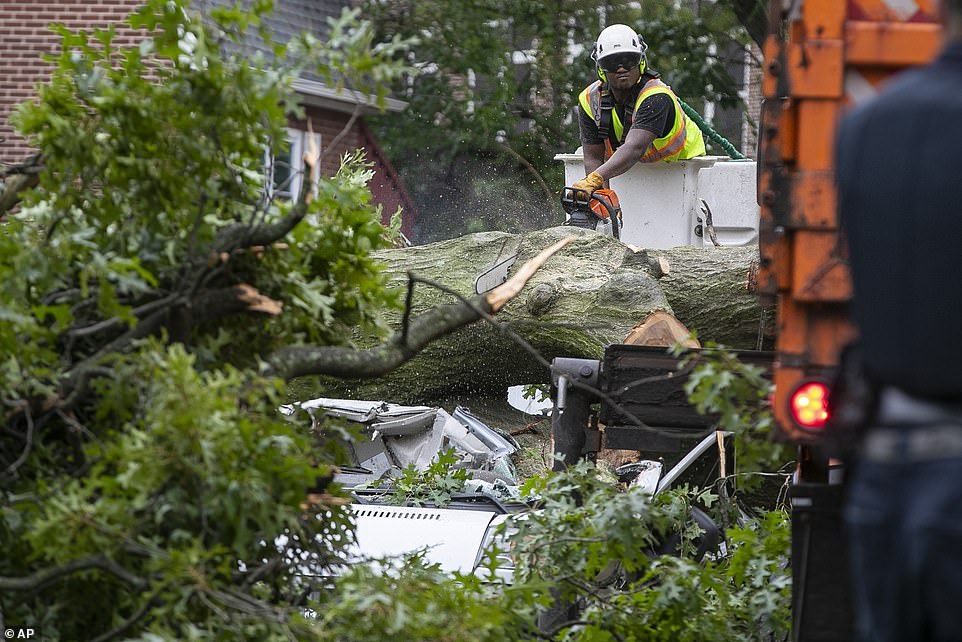 In New York City, a massive tree fell and crushed a van in the Briarwood section of Queens, killing a man inside, police said 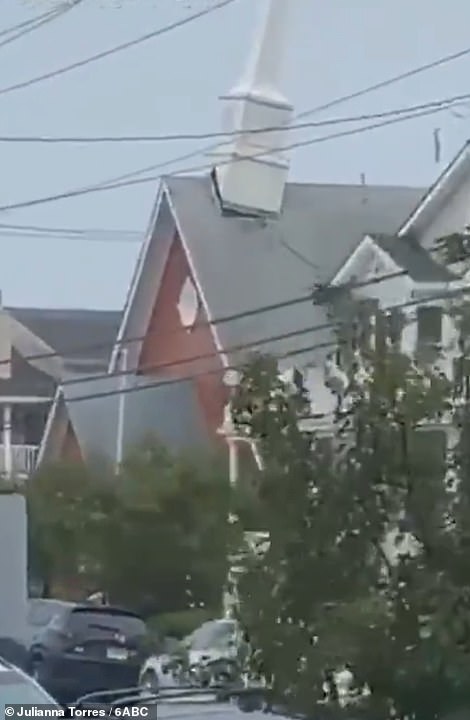 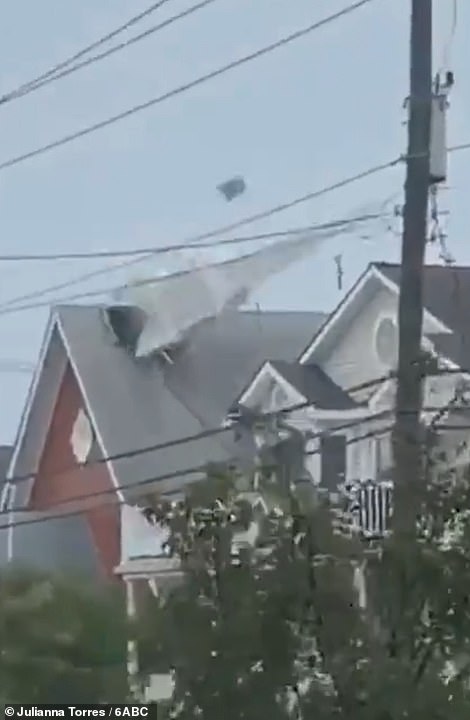 Two people died after a tornado demolished several mobile homes in Windsor, North Carolina. Emergency responders finished searching the wreckage Tuesday afternoon. They found no other casualties, and several people initially feared missing had all been accounted for, said Ron Wesson, chairman of the Bertie County Board of Commissioners. He said about 12 people were hospitalized.

Sharee and Jeffrey Stilwell took shelter in their living room about 1:30am Tuesday as the tornado tore through Windsor. Sharee Stillwell said their home shook 'like a freight train.'

'I felt like the house was going to cave in,' said Jeffrey Stillwell, 65, though once the storm passed, the couple found only a few damaged shingles and fallen tree branches in the yard.

The mobile home park less than two miles away wasn't so fortunate. Aerial video by WRAL-TV showed fields of debris where rescue workers in brightly colored shirts picked through splintered boards and other wreckage. Nearby, a vehicle was flipped onto its roof. 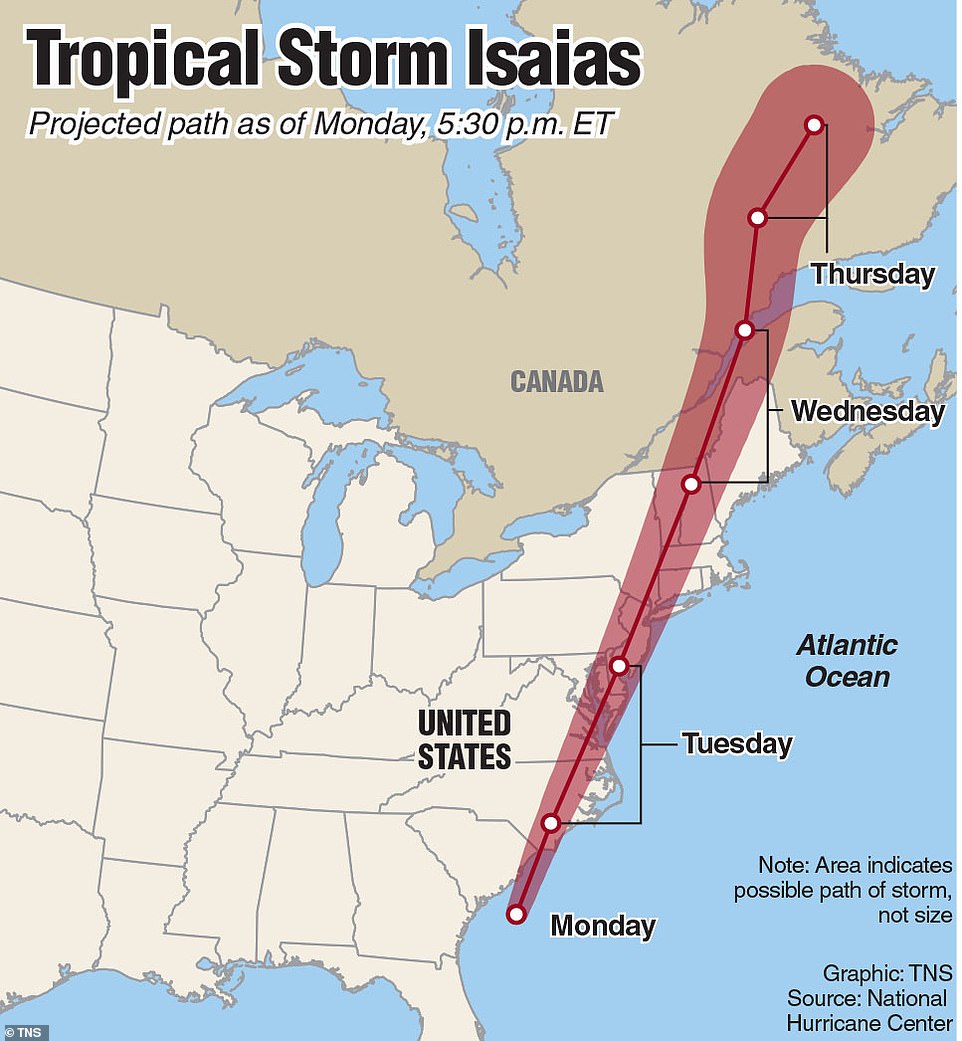 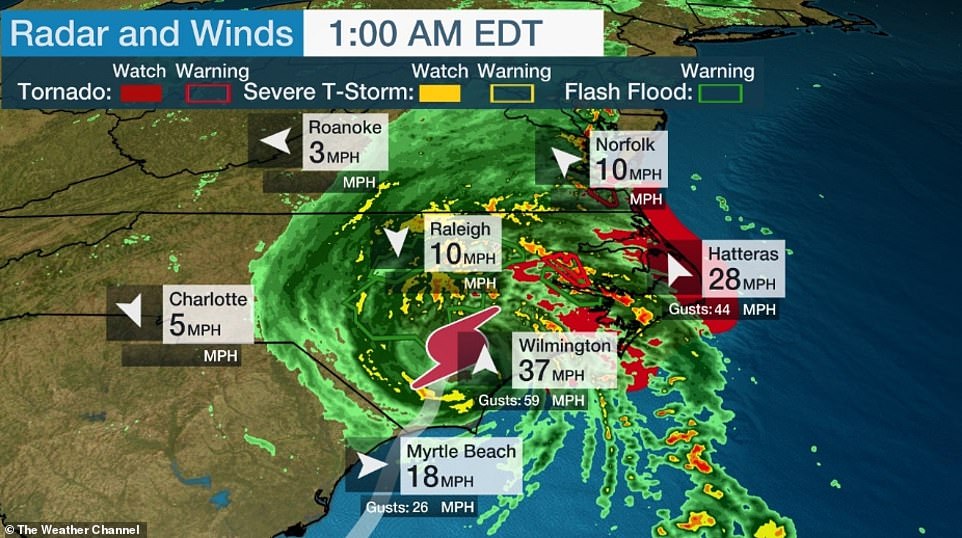 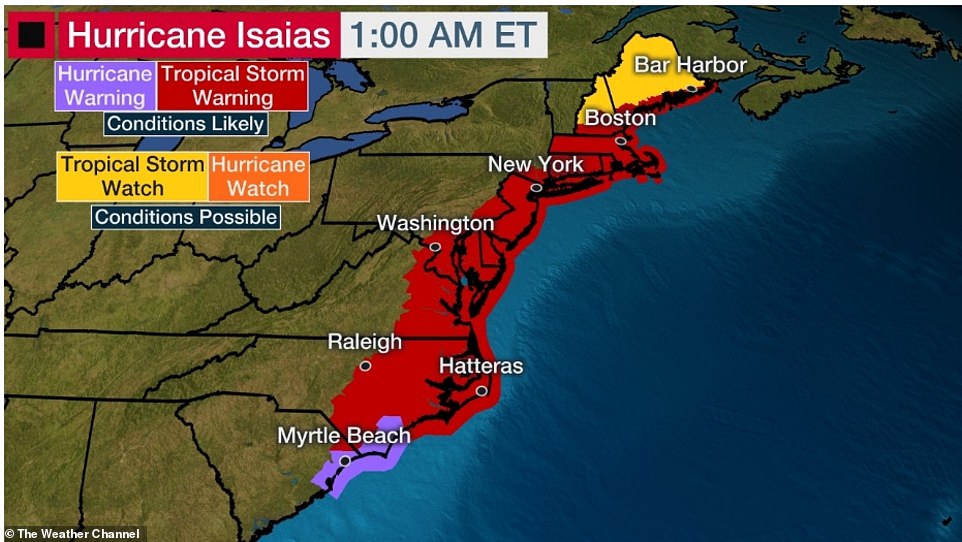 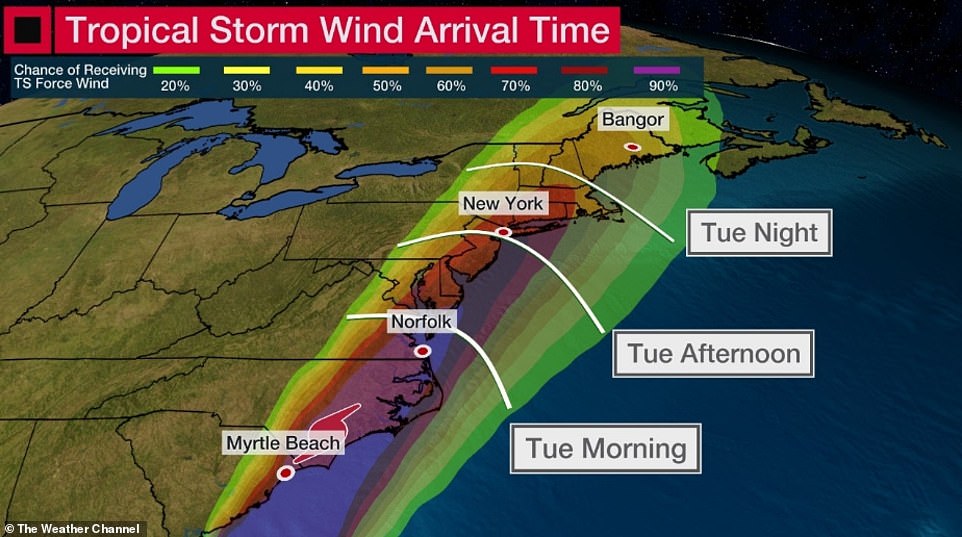 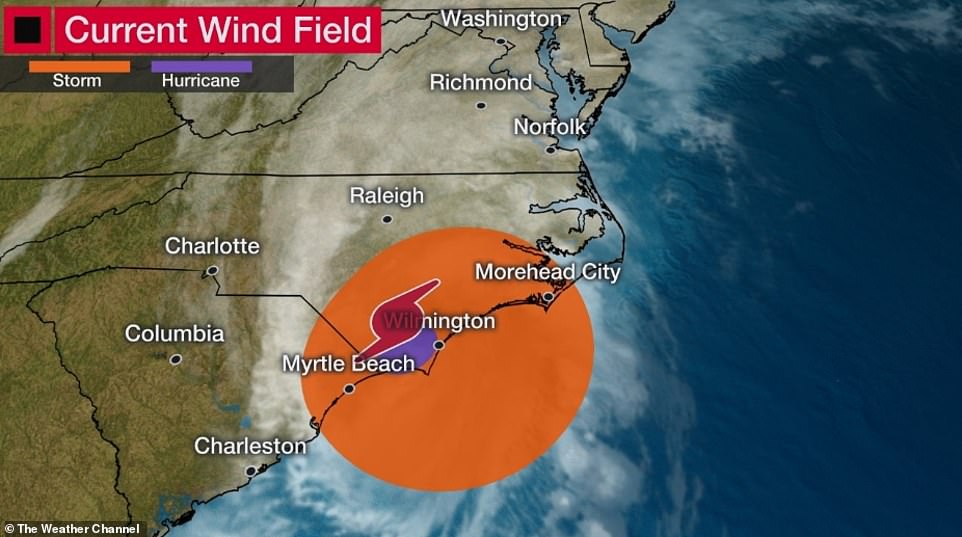 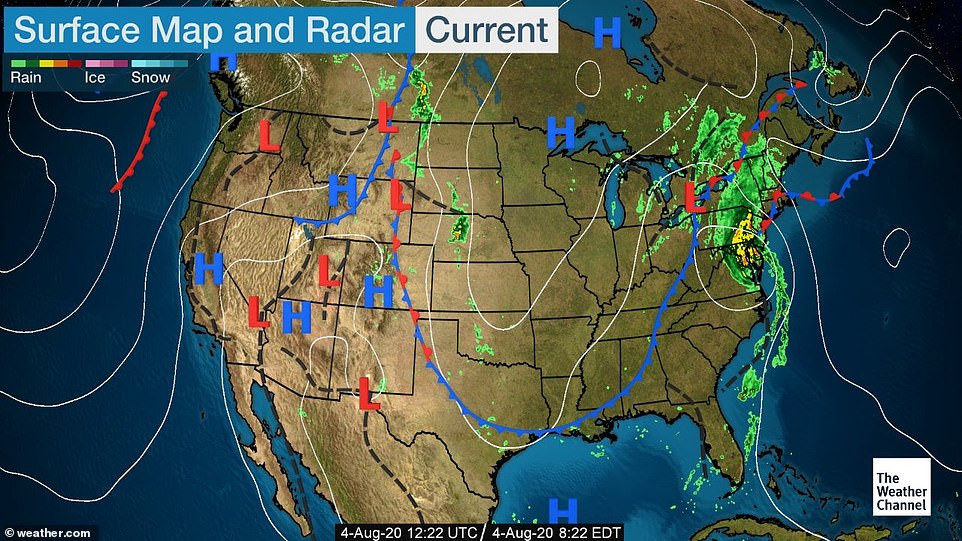 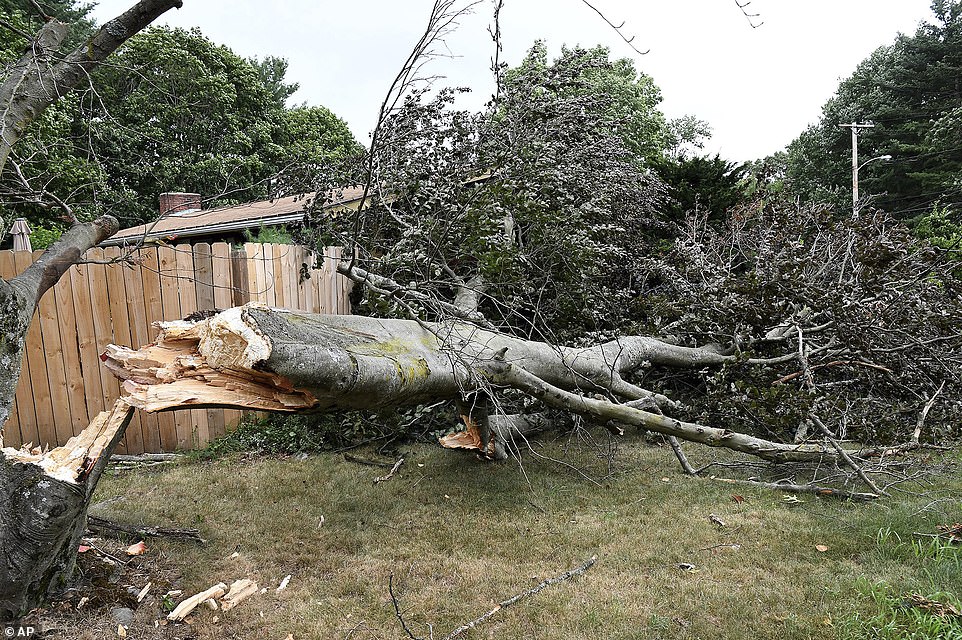 Attleboro, Mass: Heavy winds from Isaias which tracked to the western part of the state caused damage Tuesday 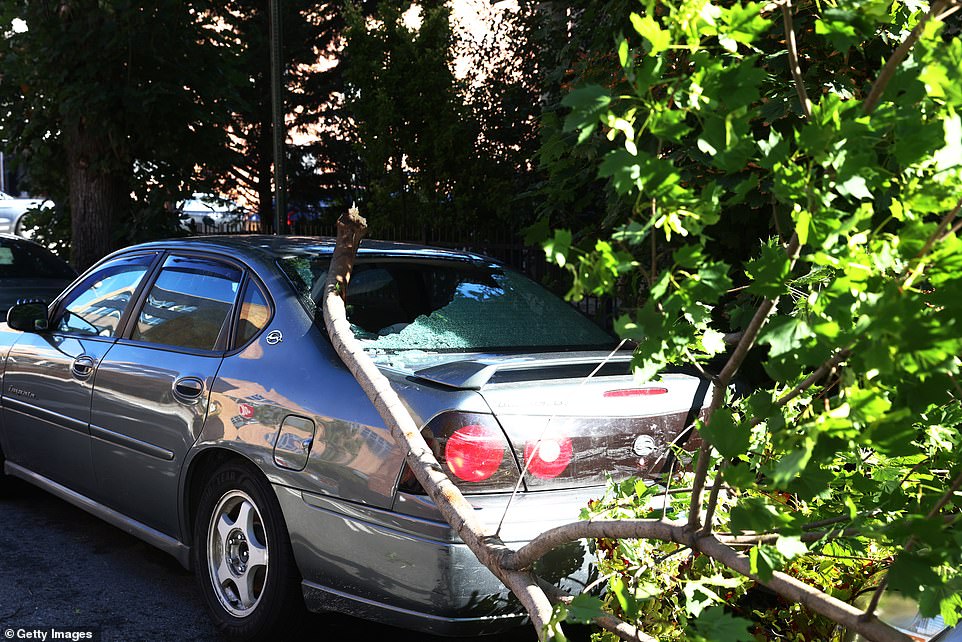 New York: he back window of a vehicle is damaged from the result of a fallen tree branch after Tropical Storm Isaias in Astoria 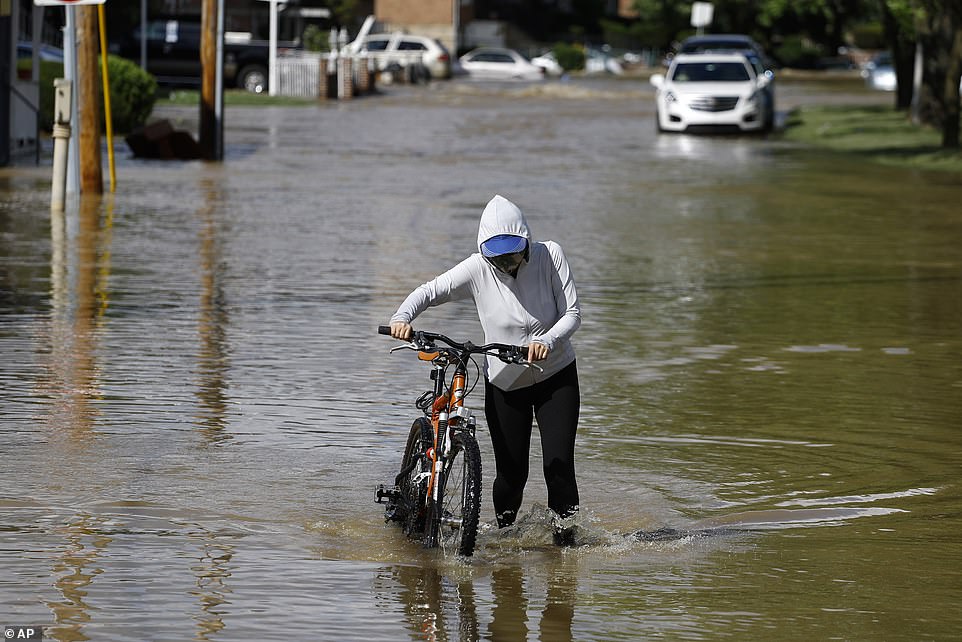 Philadelphia: A woman pushes a bike through a flooded neighborhood during Tropical Storm Isaias, Tuesday 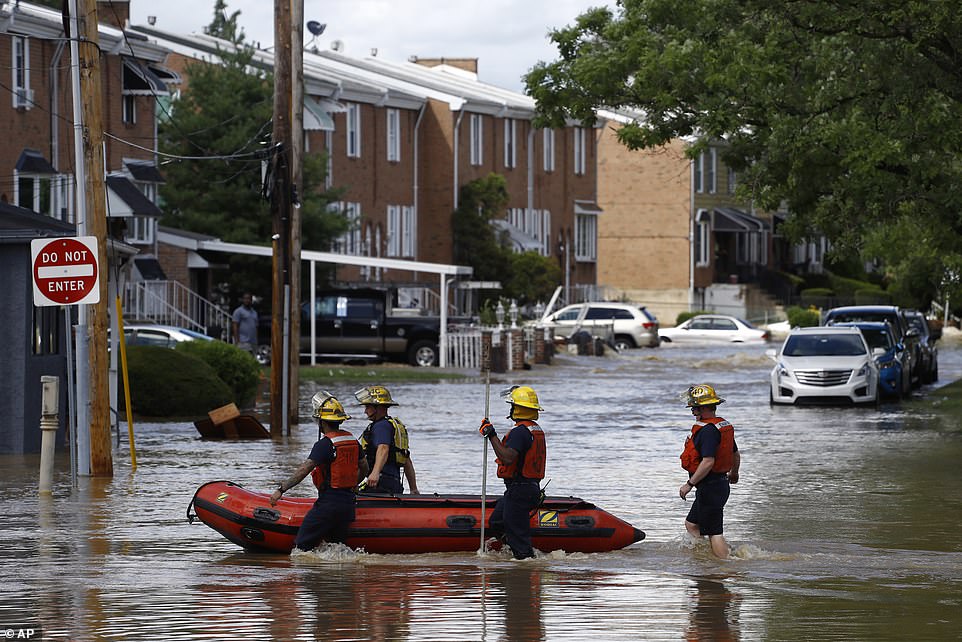 'It doesn't look real; it looks like something on TV. Nothing is there,' Bertie County Sheriff John Holley told reporters, saying 10 mobile homes had been destroyed. 'All my officers are down there at this time. Pretty much the entire trailer park is gone.'

In New York City, a massive tree fell and crushed a van in the Briarwood section of Queens, killing Mario Siles, 60, inside, police said.

PREV 'They were cold': bridging the gap between police and families of homicide victims
NEXT Four Navy aircrew parachute to safety moments before E-2C Hawkeye plane crashes ...