Victoria has recorded 471 new cases and eight more deaths from COVID-19 as Melbourne suffers its fourth day of stage-four lockdown.

The figure marks a dramatic decrease from the record 725 cases on Wednesday.

Premier Daniel Andrews announced on Thursday afternoon four of the deaths were connected to aged care facilities - which were also linked to 1,533 of the state's 7,449 active cases.

The deaths were made up of one woman in her 90s, two women and three men in their 80s and two men in their 60s.

He added 107 of the new infections were from community transmission and called 'mystery cases'.

The Victorian premier also provided further details on the reduction in capacity for the state's meat processing facilities - with red meat expected to go down to 66 per cent of normal operations and poultry to 80 per cent.

The announcement comes after government modelling, leaked to The Australian newspaper, reportedly showed that case numbers would hit 1,100 next week and stay at a similar level for a further eight days.

But Mr Andrews said he was skeptical of the modelling, adding no-one in the state or federal government had seen data showing the infection rate go that high. 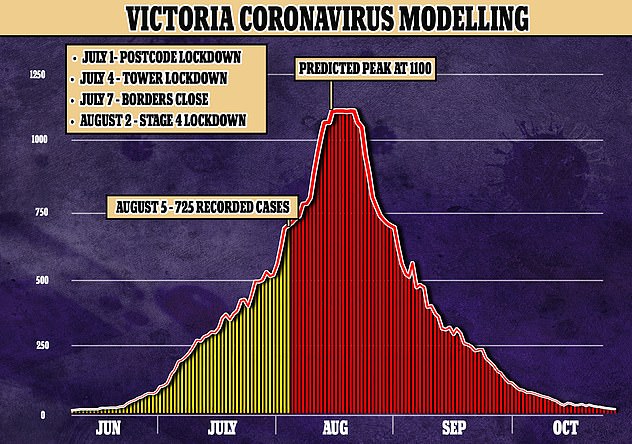 'Calling it "modelling" might not necessarily be the most accurate term. But the bloke who's in charge of the modelling has never seen it,' he said.

'Brendan Murphy [secretary of Department of Health] has never seen it.'

The modelling estimates daily new cases will reach 693 by this Saturday, and then increase to more than 700 by Sunday.

It predicts cases will rapidly surge at the start of next week before hitting 800 new cases per day on Thursday and 900 by Friday, and then 990 on August 15.

The state will record an average of 1,000 new cases each day for eight days, peaking at 1,100 from August 17 to August 22, according to the forecast.

High case numbers will persist well into September and October, at around 300 a day when the state's stage four lockdown is due to end in September, the modelling reportedly predicts.

On Thursday morning, thousands of businesses were scrambling to operate under strict new rules which limit the number of staff allowed on site in a bid to slow the virus spread.

The state government only released a full list of businesses which are allowed to continue operating at 11pm last night, just one hour before the rules kicked in. 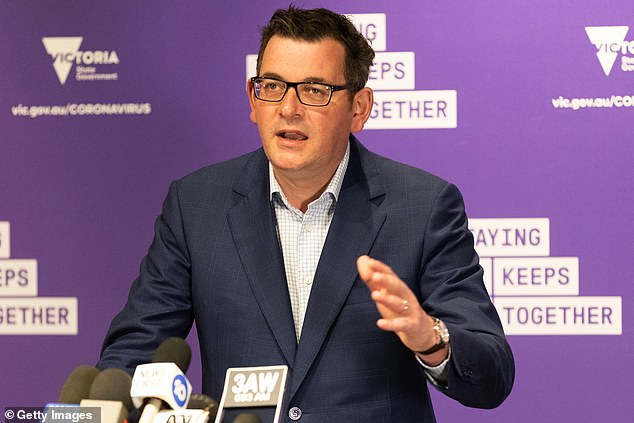 The forced closure of companies in the entertainment, retail, travel and other sectors is expected to put 250,000 people out of work.

Health Minister Jenny Mikakos tweeted a public link to the updated guidelines at 1am Thursday.

'We're now on the first morning of the new lockdown, and businesses still aren't clear on what they can and can't do.'

Mr Willox said businesses were 'flying blind', particularly on issues like warehouses, noting that 'reducing numbers of staff in warehouses would impact on food supplies, among many other things', he told ABC radio. 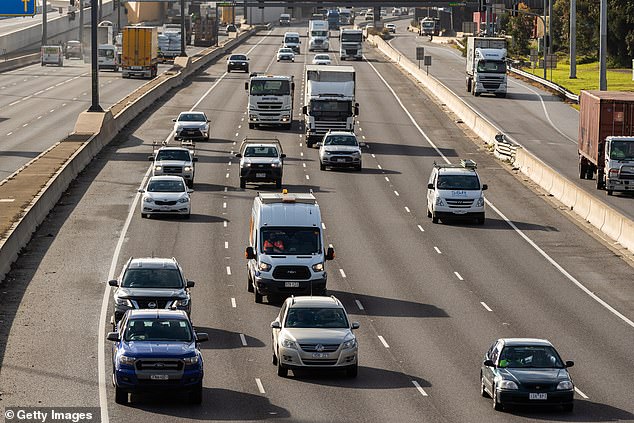 Retail stores across the city will largely be closed to customers from Thursday, while construction and manufacturing work will also been scaled back in a bid to slow the spread of the virus.

Employees allowed to work on-site now have to show a permit or official work ID if they are by stopped police to prove they can leave their homes, or face fines of up to $99,123 for businesses and up to $19,826 for individuals. 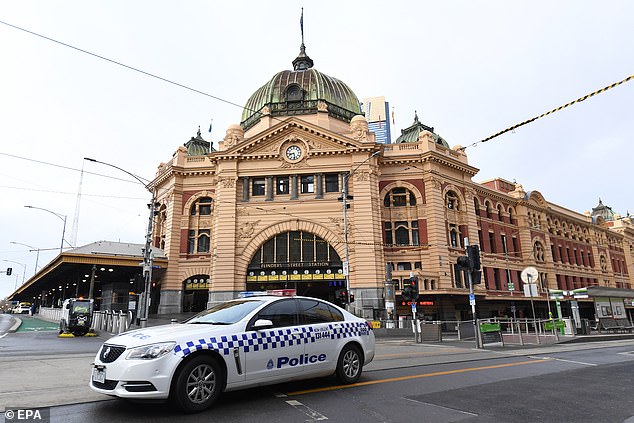