A California father is asking tourists to stay away from the region where they live in the northeastern part of the state.

Corley Howard from Tahoe is pleading with local councilors to reconsider their decision to allow tourists into the area after his 10-year-old son, Maeson, became sick with an illness possibly related to COVID-19.

The youngster is currently fighting for his life at UC Davis Children's Hospital in Sacramento where doctors believe he may have multi-system inflammatory syndrome. 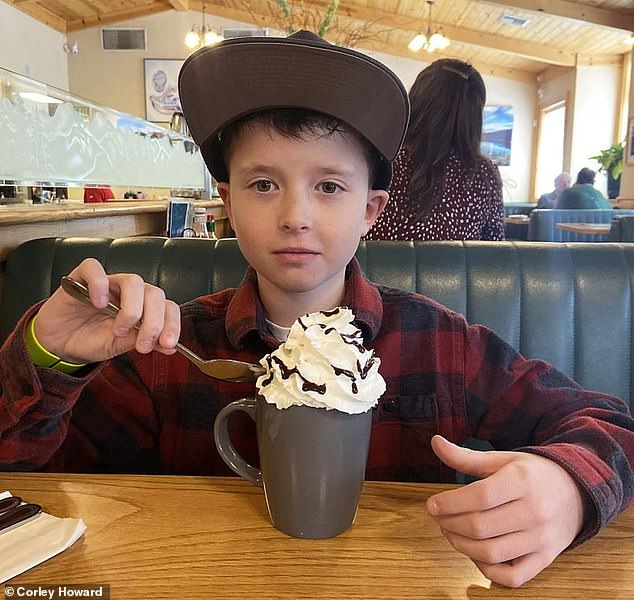 Maeson Howard, 10, from the Tahoe Valley in California is suffering from multi-system inflammatory syndrome which many children have suffered after catching the coronavirus 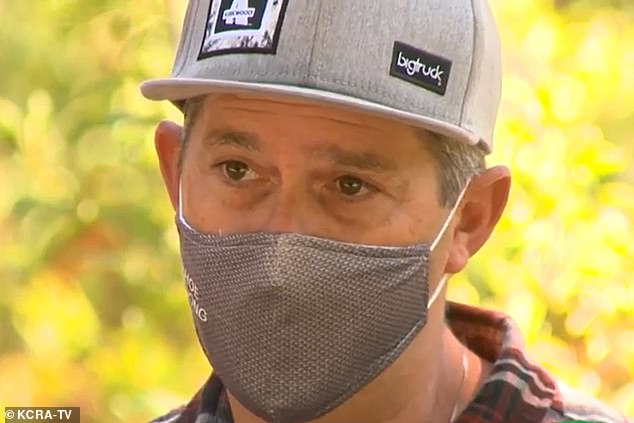 Maeson's father, Corley, is asking local politicians to reverse their decision to allow tourists back into the area around Lake Tahoe as he believes they are bringing the virus back with them

The condition causes an inflammation of the heart, lungs, brain or digestive system along with fever, vomiting and body pain.

The condition known as MIS-C has been noticed in children who also end up infected with coronavirus.

'We do not yet know what causes MIS-C. However, many children with MIS-C had the virus that causes COVID-19, or had been around someone with COVID-19,' the CDC states on its website.

Corley has asked local politicians including the El Dorado County Board of Supervisors and South Lake Tahoe mayor to reconsider allowing tourists into the area. 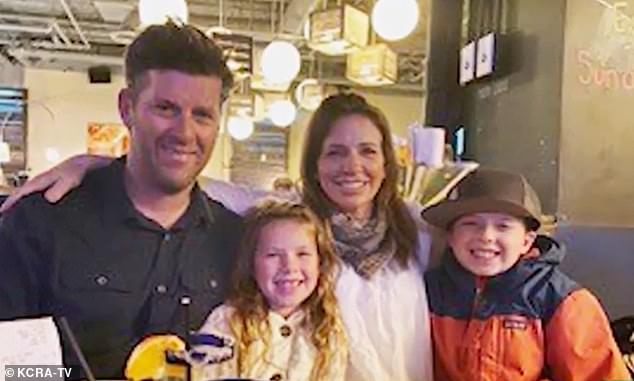 Corley is pictured with his two children including Maeson, right, his seven-year-old daughter and wife Sarah 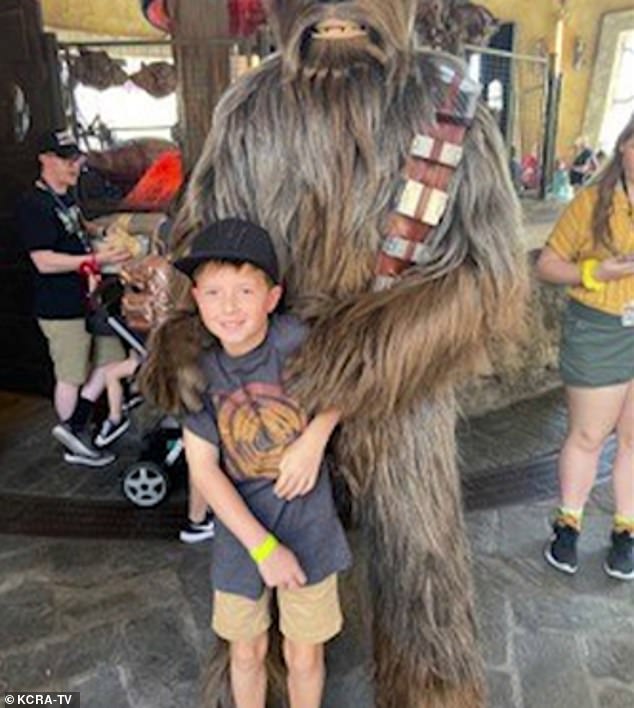 Maeson began feeling sick on July 28th and ended up in hospital four days later with body aches, vomiting and a fever 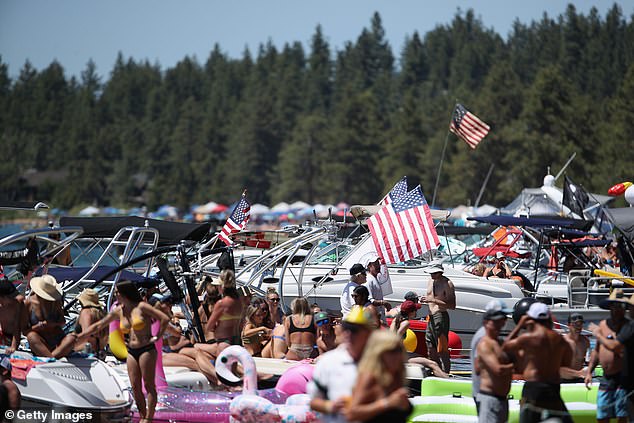 Corley has asked local politicians including the El Dorado County Board of Supervisors and South Lake Tahoe mayor to plead with them to reconsider allowing tourists into the area. Pictured, tourists in July

Howard notes that every single home in the area where he lives has been rented out as vacation property.