Husband kills himself because of a lack of sex - before his grieving wife is arrested when her mother-in-law accuses her of 'abetment to suicide' in India Geeta Parmar, 32, was arrested following a complaint lodged by Muli Parmar, 55 Muli says her late son, Surndrasinh, took his life after suffering 'mental stress' She claims that the couple did not have sex for their 22-month long marriage

A husband in India killed himself because of a lack of sex before his grieving wife was arrested on suspicion of 'abetment to suicide'.

Geeta Parmar, 32, a resident of Maninagar in Gujarat, was taken in by police following a complaint filed by her late husband's mother-in-law.

Muli Parmar, 55, claims that Geeta did not have sex with her husband, Surndrasinh, during the 22 months of their married life together.

Muli said the lack of sex left her son in 'mental stress' as their relationship failed.

She discovered they were sleeping in separate beds after paying a visit to the married couple's home. 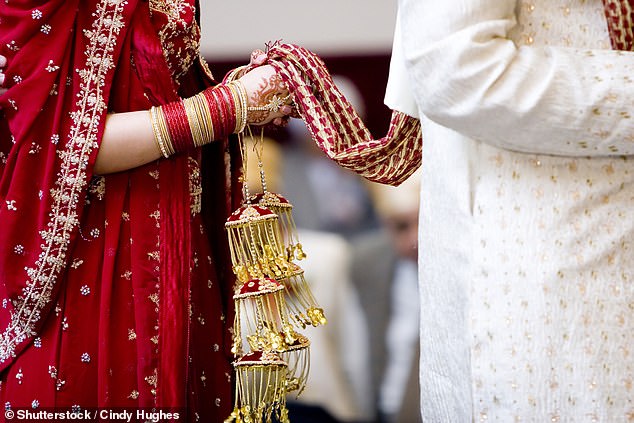