These stunning black-and-white photographs offer a unique glimpse into the lives of traveller children in Ireland.

American photographer Jamie Johnson has been travelling around the world for 20 years and is best known for her portraits of children.

Johnson has released a new book, entitled 'Growing Up Travelling: The Inside World of Irish Traveller Children', which shows girls no older than eight posing with cigarettes and holding designer bags, a boy holding his fist in a fighting pose, and young girls wearing make-up and glamorous clothes.

The photographer contacted MailOnline to insist that the cigarettes were not real.

When she came to Ireland for the first time in 2014, she immediately felt connected to the Irish Traveller community and would visit and photograph them time and again for five years.

The photographs were taken in Galway, Limerick, Cork and Tipperary, Ireland. 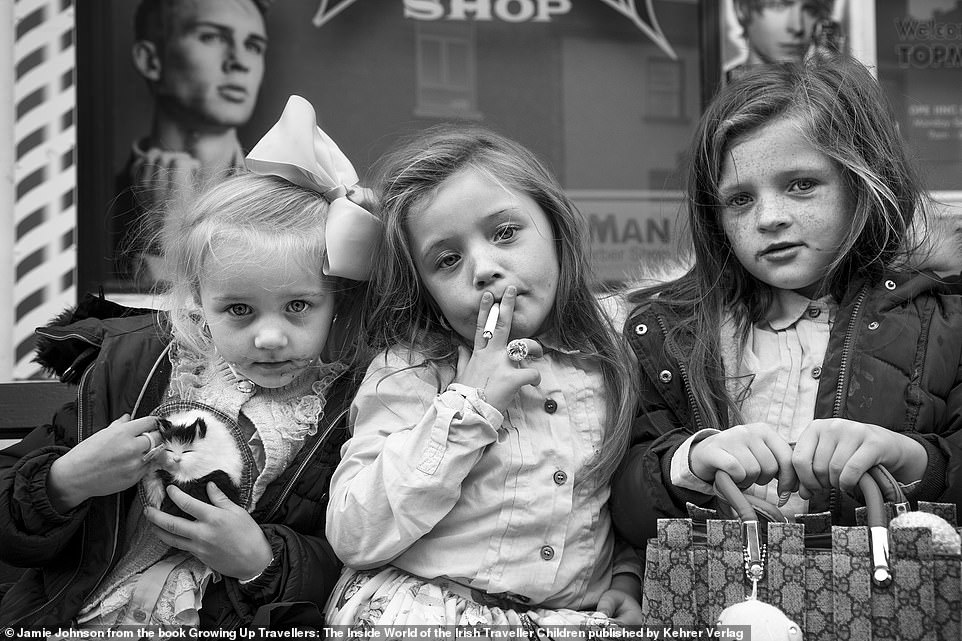 Three young traveller girls, no older than eight years old, sit outside a barber shop in Ireland, two of them wearing flashy rings, one posing with a cigarette and another holding on to a Gucci bag 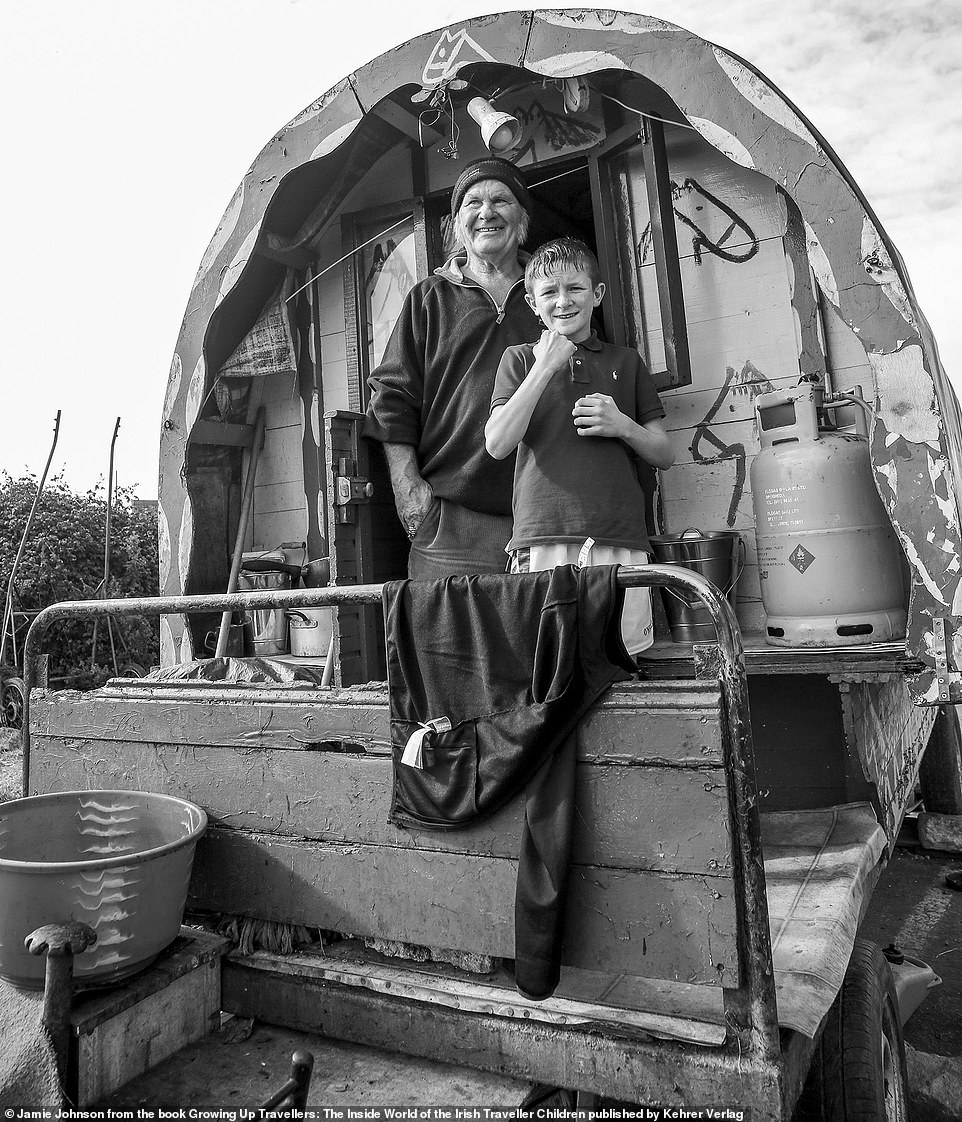 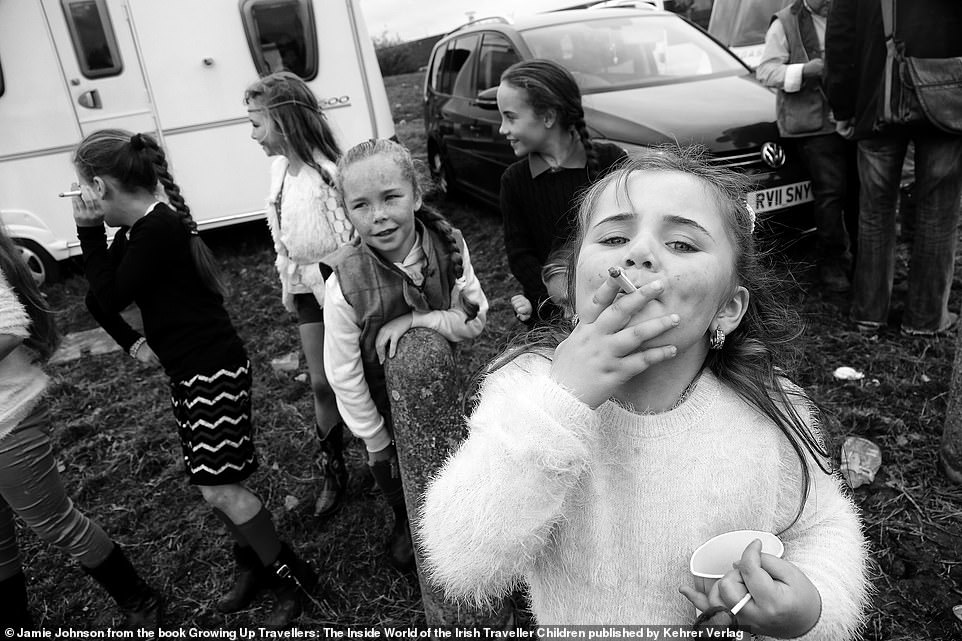 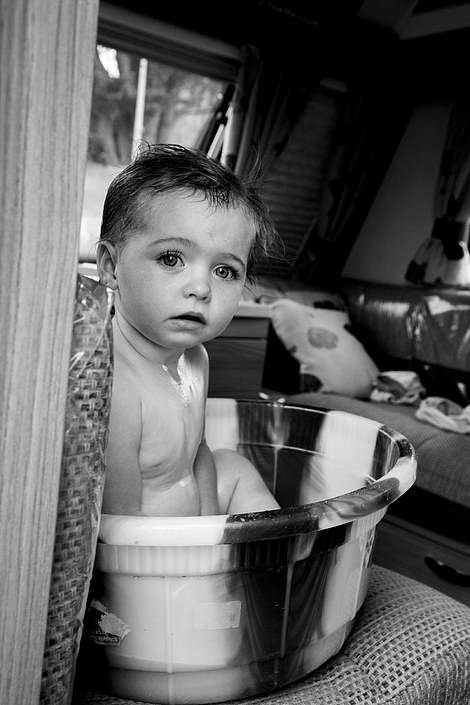 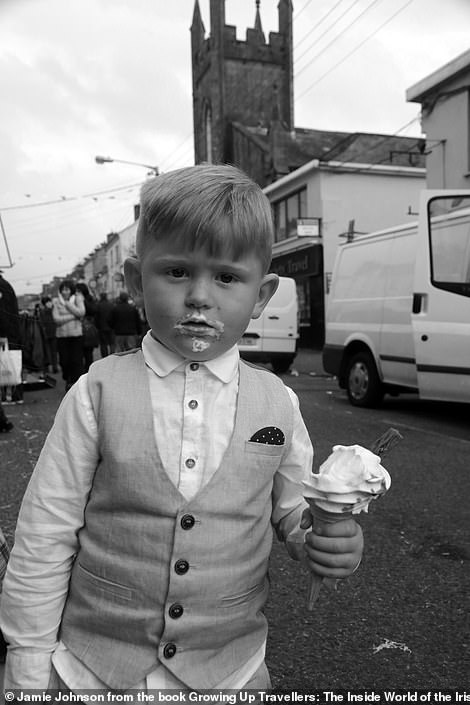 A young lad stands with a mouth covered with ice cream and a baby takes a bath in a washing bowl in these photographs captured by US-based photographer Jamie Johnson, who spent five years getting to know an Irish traveller community

In a previous interview with Mail Online, Johnson said that after living alongside the traveller community she came away with the impression of a 'very proud' group of people, who are strong in their faith and their commitment to family.

There are an estimated 25,000 travellers in Ireland, who have a history in culture dating back to pre-Celtic times.

An extract from the book explains the origins of Traveller culture and their role in contemporary Irish society.

'Travellers are members of a historically nomadic and non-literate ethnic minority that has existed on Ireland’s margins for centuries,' the book reads.

'As a result of decades of pressure from the Irish authorities, Travellers today tend to live in houses in Irish towns and cities, though some still ‘halt’ (settle seasonally, either legally or illegally) in caravans or other mobile structures for some or most of the year in both serviced and unserviced sites on the urban periphery. 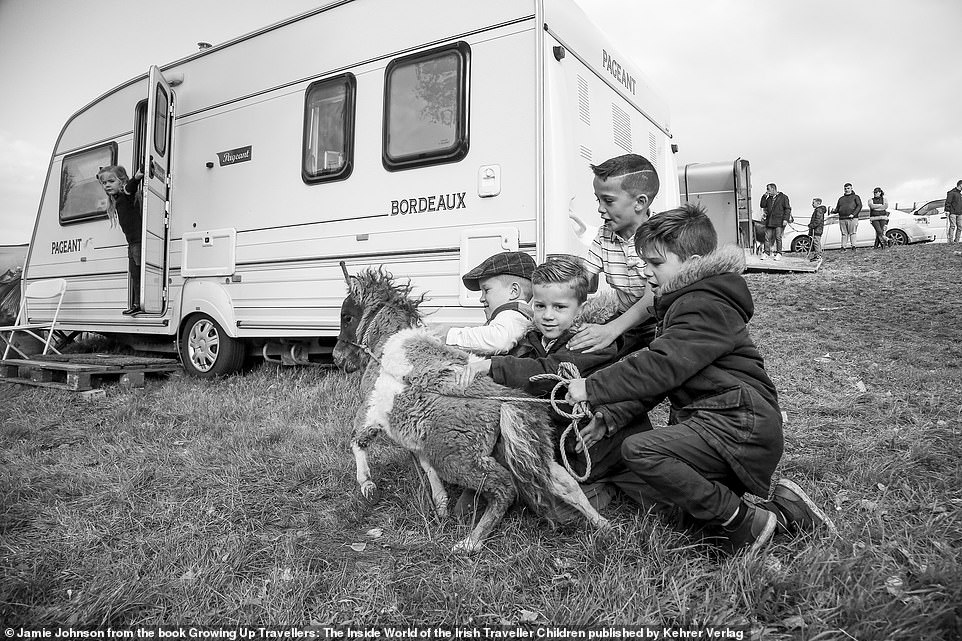 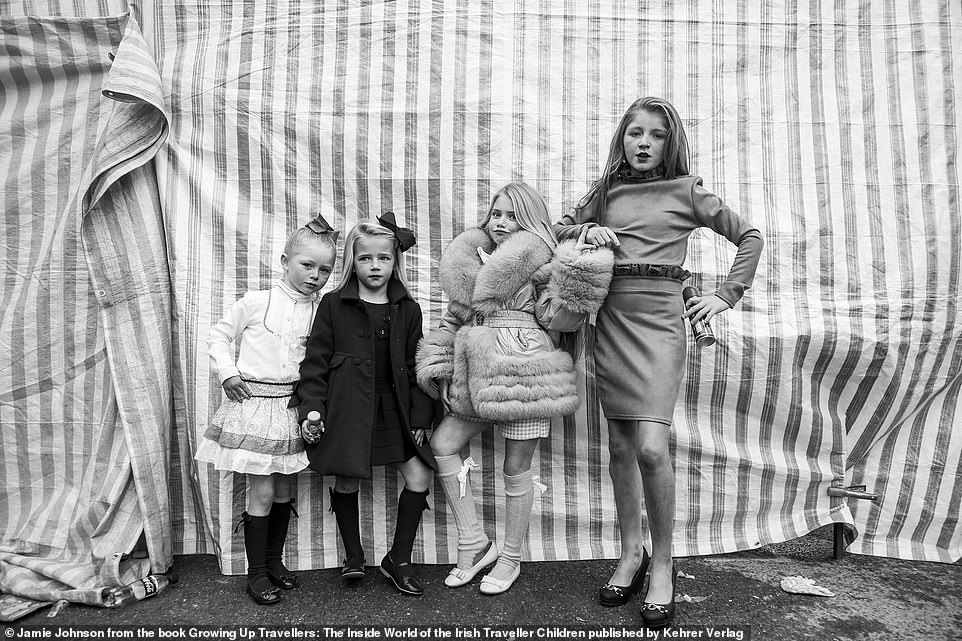 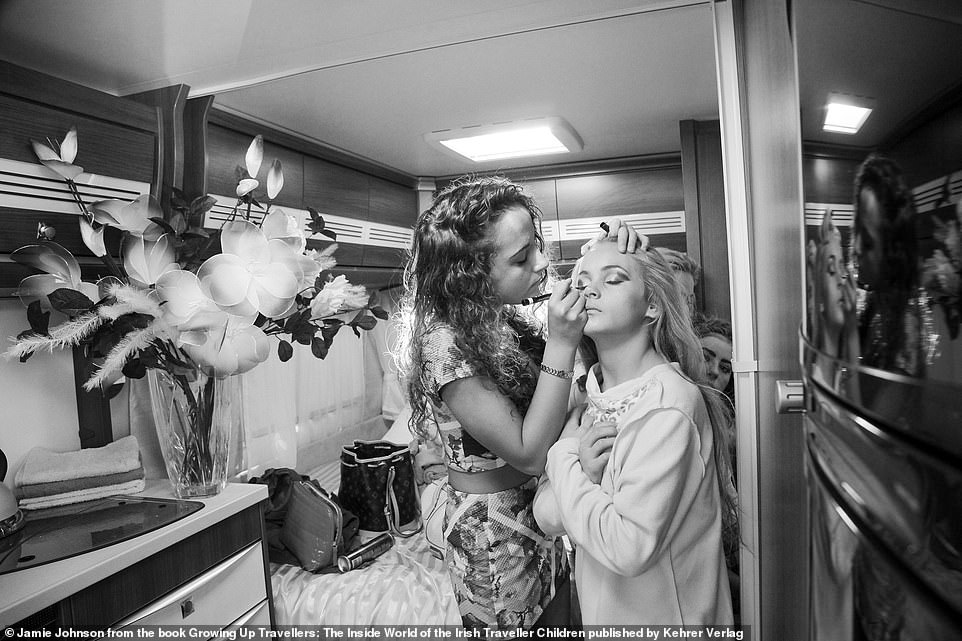