Welcome to the Sky Castle! Inside James Packer's $60million Sydney penthouse complete with six huge bedrooms, a gym and a cinema Casio giant James Packer's $60 million two-floor Sydney penthouse has been officially approved  The penthouse will feature six huge bedrooms a home office and gym along with six car parking spaces  The space was originally approved for six apartments which have been merged into the single penthouse

James Packer's $60million penthouse in Sydney's new Crown Casino has been unveiled with a cinema and panoramic views of the city.

The 1340sqm apartment sits on levels 48 and 49 of new tower block in Barangaroo, which is set for completion next year.

The penthouse, which has been called 'Sky Castle', also features six huge bedrooms, a study and a gym. 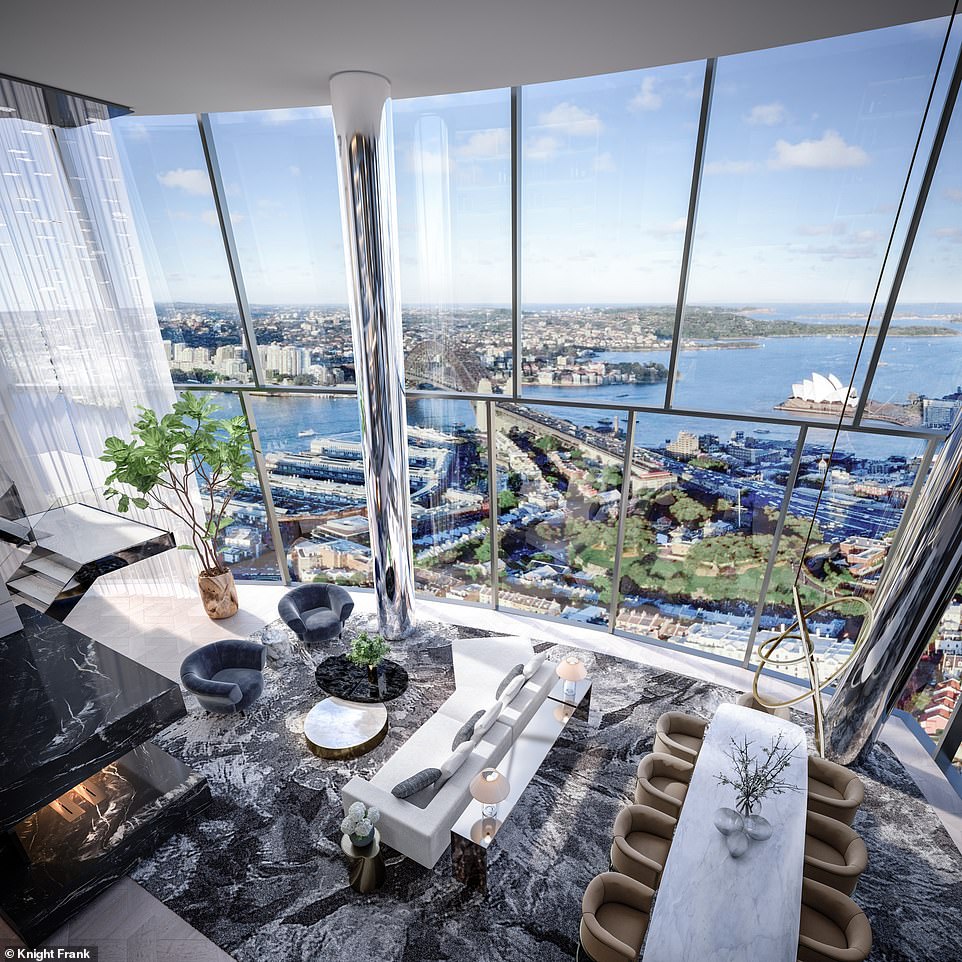 James Packer's $60 million penthouse at levels 48 and 49 of Crown Casino has been revealed. Pictured is an artist's impression of apartments at the skyscraper overlooking Sydney Harbour with a stairs leading up to the second floor 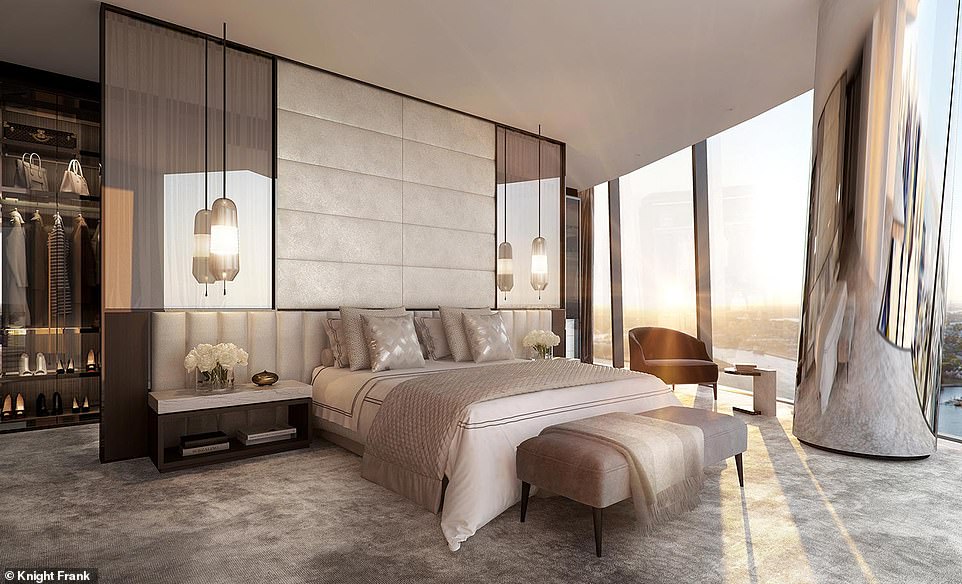 The penthouse that is spread across two floors will feature six large bedroom, a home study, personal cinema and a gym. Pictured is an artist's impression of a bedroom overlooking Sydney Harbour in Crown Casio apartments

Packer, 52, purchased the space back in 2017, when the council had originally approved the construction of six luxury apartments with 18 bedrooms between them.

Each of the original six apartments planned to have a single parking space, all of which Packer now plans to keep for himself, according to The Australian.