Incredible footage has showed the lavish extent of a Sydney wedding which saw guests thrown out of the venue for breaching its coronavirus restrictions.

Video has emerged of the event showing a huge band of drummers surrounded by guests dancing in close proximity, a woman dressed as a Prosecco wedding cake and $50 bills flying across the reception venue.

Fireworks went off as the glamorous bride and groom arrived, and big groups of men were seen jumping on one another during the raucous party.

At another point, guests were seen drinking bottles of Corona as they partied the night away, despite COVIDSafe rules saying people should be seated when drinking.

Guests at The Renaissance venue in Lidcombe in the city's west were told to leave the venue after they allegedly refused to follow the venue's COVID-safe rules on Sunday.

The festivities were led by one of Australia's top rappers, Youngn Lipz, who at one point came down into the crowd where guests stuffed money into his collar. 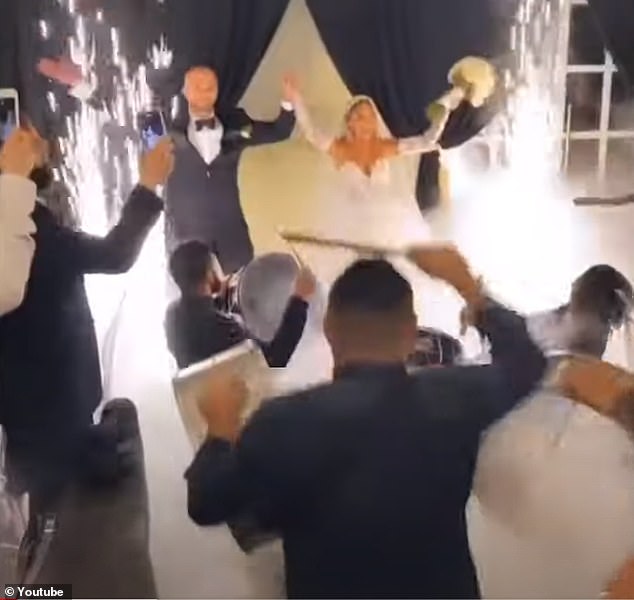 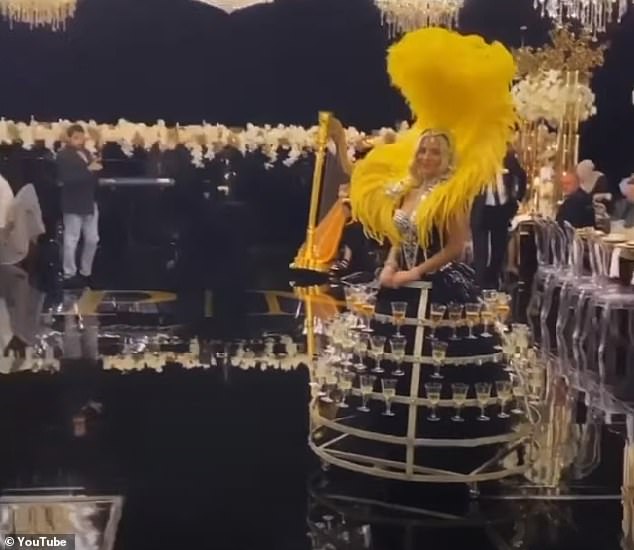 In New South Wales, up to 150 people can attend a wedding but guests must follow a venue's COVID-safe plan.

Guidelines to stop the spread of coronavirus include only allowing the bride and groom on the dance floor, but vision showed guests dancing wildly in close quarters - with one reveller even being held on another person's shoulders.

The video also showed the bride Nazife enjoying the proceedings with bank notes littered around her wedding dress trail, and ended with a headstrong boast to camera by the guest filming the footage.

'Let me tell you something,' he said. 'Nobody parties like the 60 we treat our women like queens, we put them in castles, we give them the best weddings and put big rocks on their ring.'

Footage also showed revellers standing close to a performer on stage as they jumped up and down to the music.

Guests were later removed from the venue by management, with previous footage of elaborate event drawing harsh criticism.

A spokeswoman for the venue told Daily Mail Australia the bride and groom were 'very upset' about guests being told to leave, but declined to comment further. 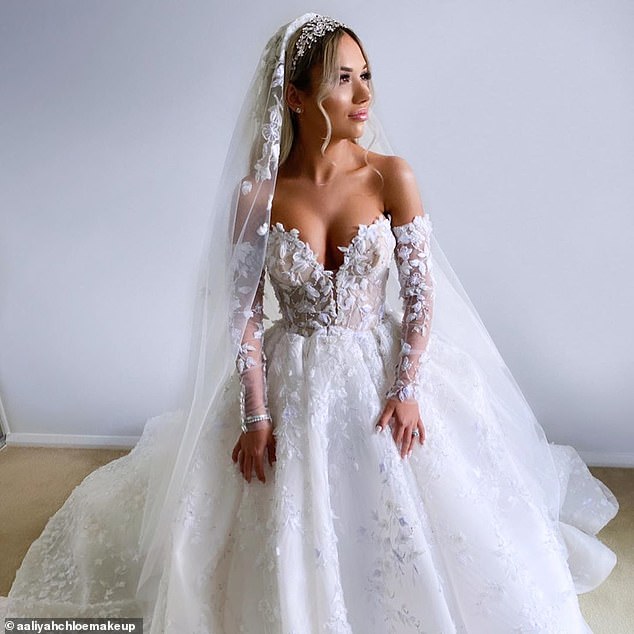 The bride Nazife (pictured) is seen ahead of the raucous wedding party at The Renaissance in Lidcombe, western Sydney on Sunday night 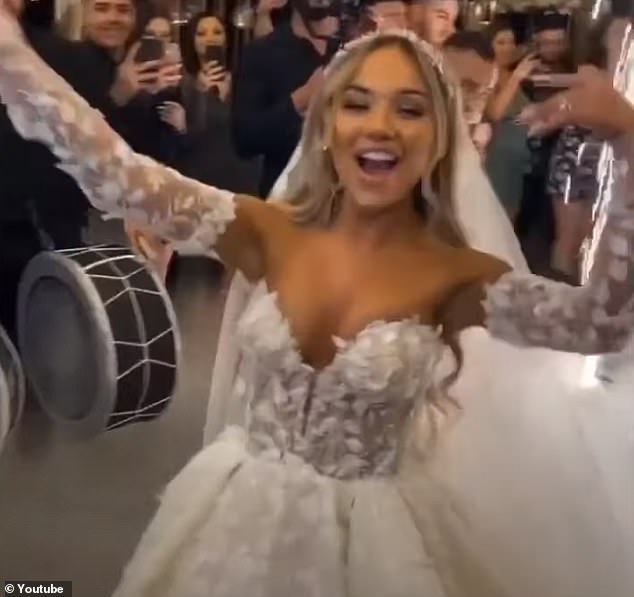 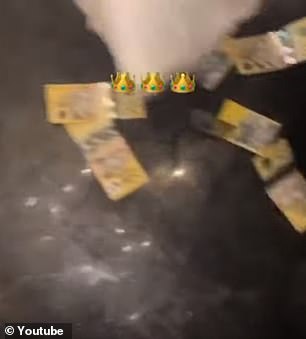 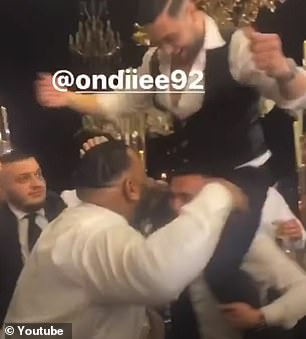 The bride's wedding dress was littered with bank notes (pictured, left) as revellers partied in close proximity - while one reveller held a guest on his shoulder (right)

The couple and Youngn Lipz have been contacted for comment.

Earlier in the day, Nazife and her groom Patrick arrived in lavish Rolls-Royce Phantoms and posed for pictures in Sydney's Circular