A teacher accused of sex with a male student, 14, as often as three times in the one day allegedly sent a Snapchat image of herself lying on a bed, saying: 'I'm waiting for you'.

Sydney geography teacher Monica Elizabeth Young, 23, will be released from prison Thursday afternoon after her lawyers launched a last ditch bid for bail at the New South Wales Supreme Court.

A hearing today heard extraordinary details of the claims against Young - including how she was allegedly busted messaging the boy by his mother, and the alleged victim's claims she once placed his hand down her tights.

In arguing she should remain at Silverwater Women's Prison, Crown Prosecutor Scott Jaegar told the court that Young and the victim exchanged pictures of their genitals after their first alleged sexual encounter.

But the child's mother then allegedly cottoned on to the fact that something was going on, Justice Stephen Campbell was told. 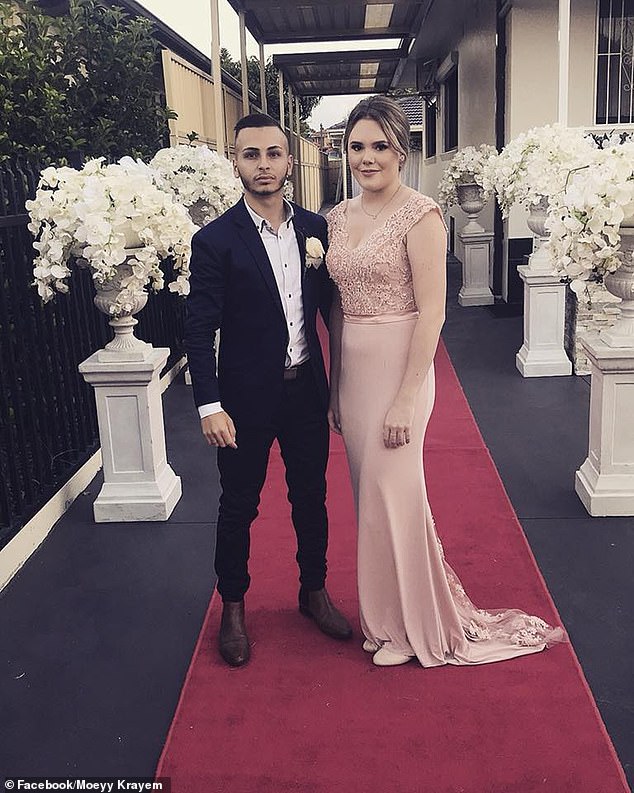 Monica Elizabeth Young, 23, was charged with a string of sex offences against a 14-year-old male student last month. She is pictured with her fiance, above 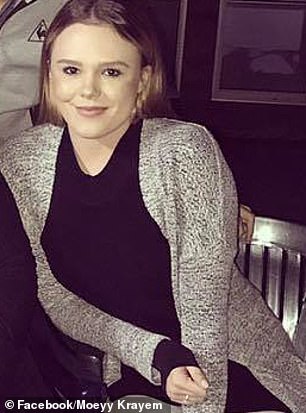 'The mother of the complainant has become suspicious about what's been going on and who he's been speaking to,' Mr Jaegar said.

'She's seen the communication from the applicant in this matter to her 14-year-old son.'

Mr Jaegar said Young - who is engaged to married - then allegedly changed her Snapchat handle and profile.

She swapped it 'to that of a young boy as to not to arouse suspicion in the future, should their communications be intercepted,' the court heard.

Mr Jaegar said prosecutors were concerned at the risk Young would offend further because of that, and argued she shouldn't be granted bail.

Her defence barrister Ian Lloyd QC took aim at several pieces of evidence against his client - including a risque Snapchat message, claims about a tube of lubricant and the victim's claims she put his hand on her thigh.

Mr Lloyd recalled: 'Apparently my client had sent to the (boy) a Snapchat saying: 'I'm waiting for you', lying on a bed on a pillow,' recalled Mr Lloyd.

'That's not dispute. There's no suggestion she was naked or undressed, none whatsoever.

'There's some suggestion that found on her phone was a picture of a vagina. There's no evidence that was her vagina.' 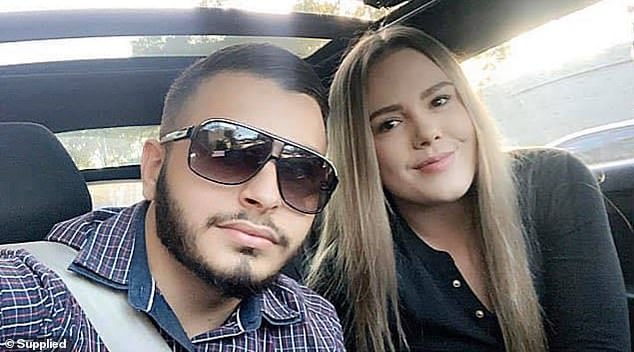 The court heard Ms Young (above, with her fiance) has denied the charges whatsoever - to both police and to the alleged victim's mother

The court was told that at separate points, Young rang up the boy's mother, and police,