By Rita Sobot For Mailonline

A holiday island in the Canaries has had to shut down its beaches after being hit with a second wave of coronavirus.

El Hierro previously registered only a handful of cases and no deaths.

But a second wave of the virus has left at least 40 people infected - prompting local authorities to take urgent action.

Local president Alpidio Armas today announced new preventative measures which include, among others, the prohibition of using the bathing areas on the island. 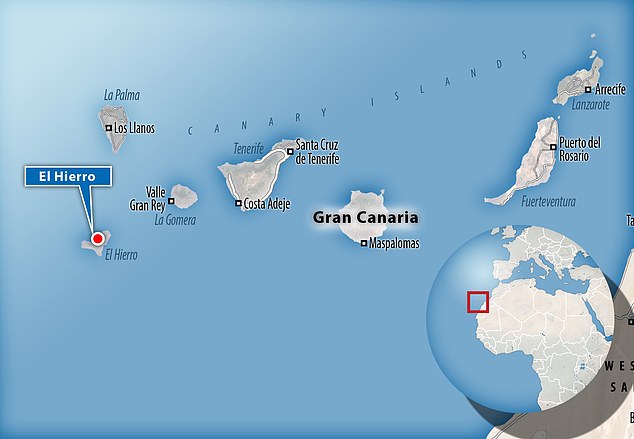 He said: 'Early intervention has been shown to be a fundamental tool to prevent the spread of the SARS-Cov-2 coronavirus in El Hierro'.

'In this sense, health protection measures have been issued, within each area of competence, in order to reduce and prevent risky contacts between citizens in relation to Covid-19.'

The island is the second smallest of the popular Canaries and attracts tourists looking for a more serene holiday in stunning surroundings.

Health chiefs are devastated that their good record has been hit and want to take decisive action to prevent a further spread.

The measures imposed immediately also include closure of public spaces; restriction of access to