Thousands of Extinction Rebellion activists march on London as sun shines... after meagre turnout over damp and dismal bank holiday weekend Protesters waved banners including 'Make Earth Great Again' as they marched in large numbers down Mall There was limited social distancing among the climate activists although many were wearing face coverings  There are also rallies taking place in Manchester and Cardiff as part of two-weeks of coordinated action

At least five Extinction Rebellion activists have been arrested as protesters massed in London today to call on the government to take urgent steps to tackle change as they kicked off two weeks of controversial large-scale action.

Protesters today waved banners including 'Make Earth Great Again' as they marched in large numbers down the Mall - with limited social distancing despite current Covid restrictions.

The rallies in Parliament Square and in Cardiff and Manchester come after protests planned for earlier in the year were cancelled due to the spread of the coronavirus.

There were limited XR protests yesterday, including outside banks in Essex over the financial industry's investment in fossil fuels, but few activists turned out. 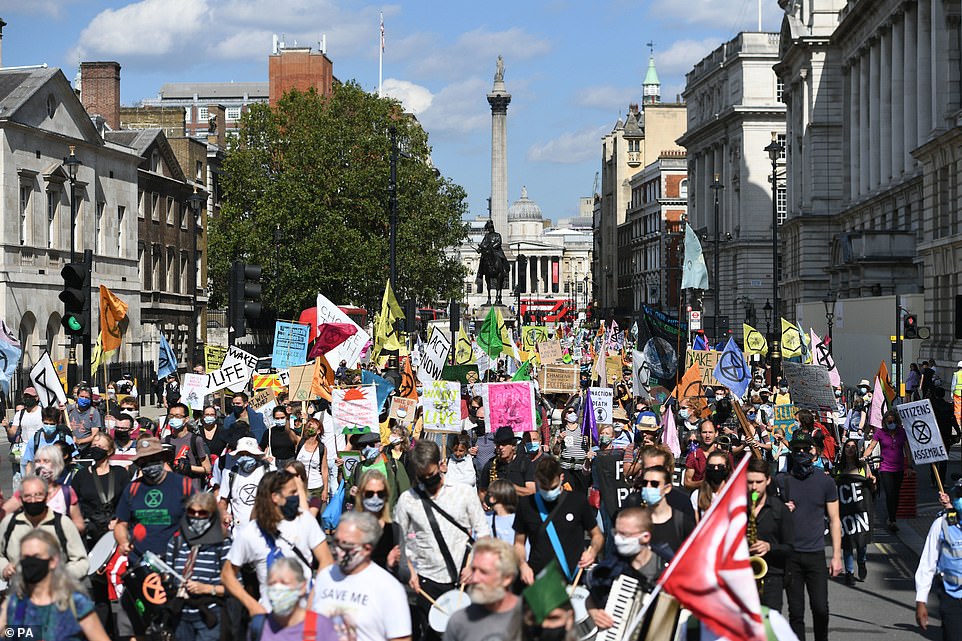 Protesters today waved flags and banners as they marched in large numbers down the Mall - with limited social distancing despite current Covid restrictions, although many wore masks 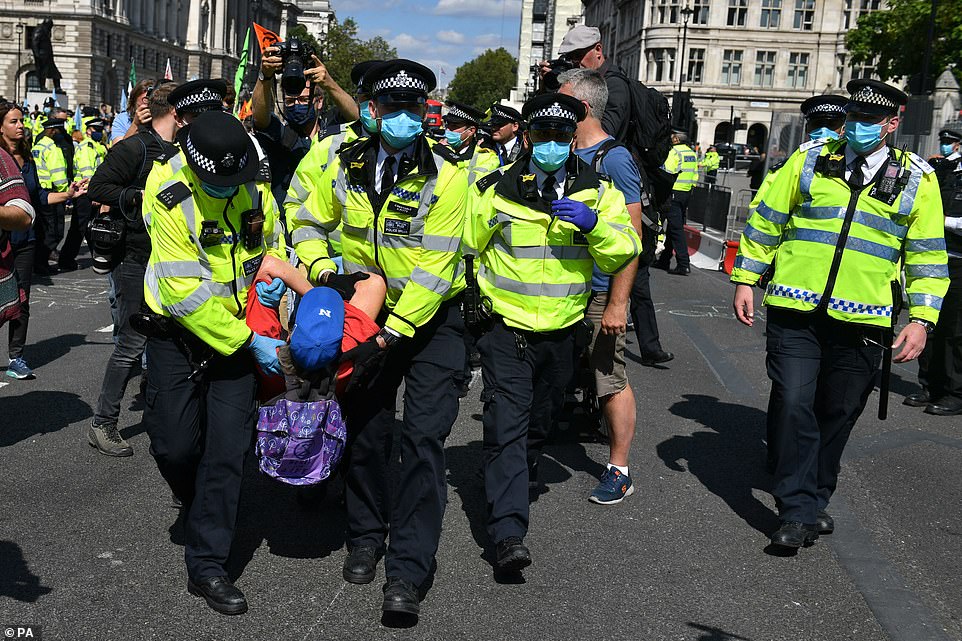 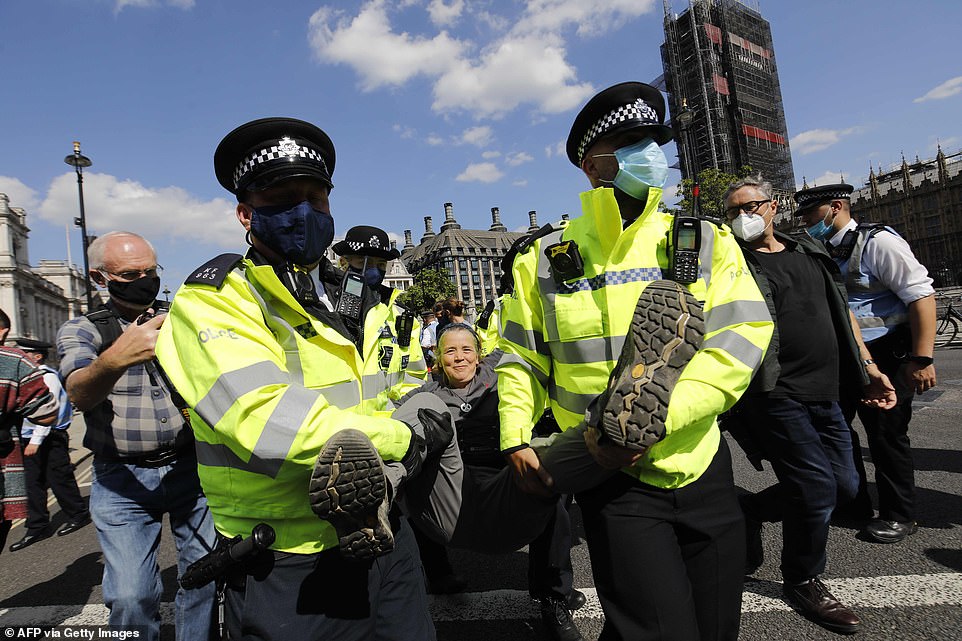 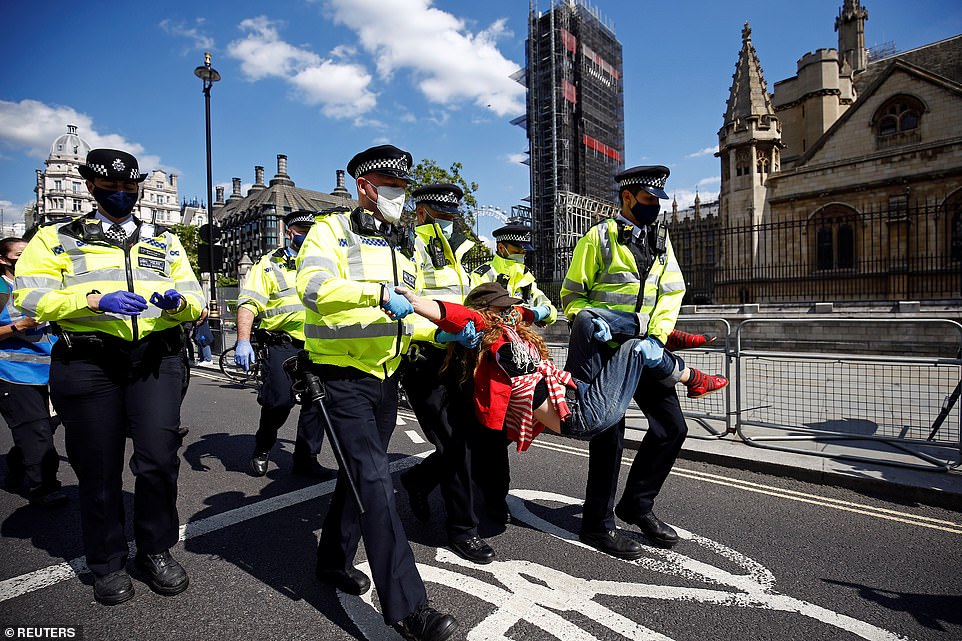 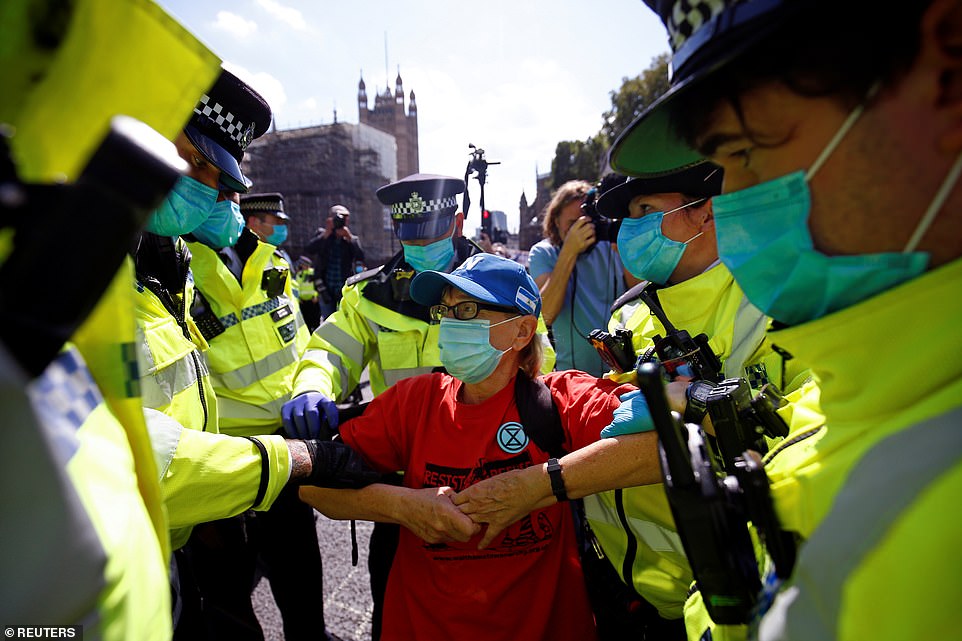 Police speak to a woman pretesting near Parliament. She is wearing an Extinction Rebellion logo on her t-shirt 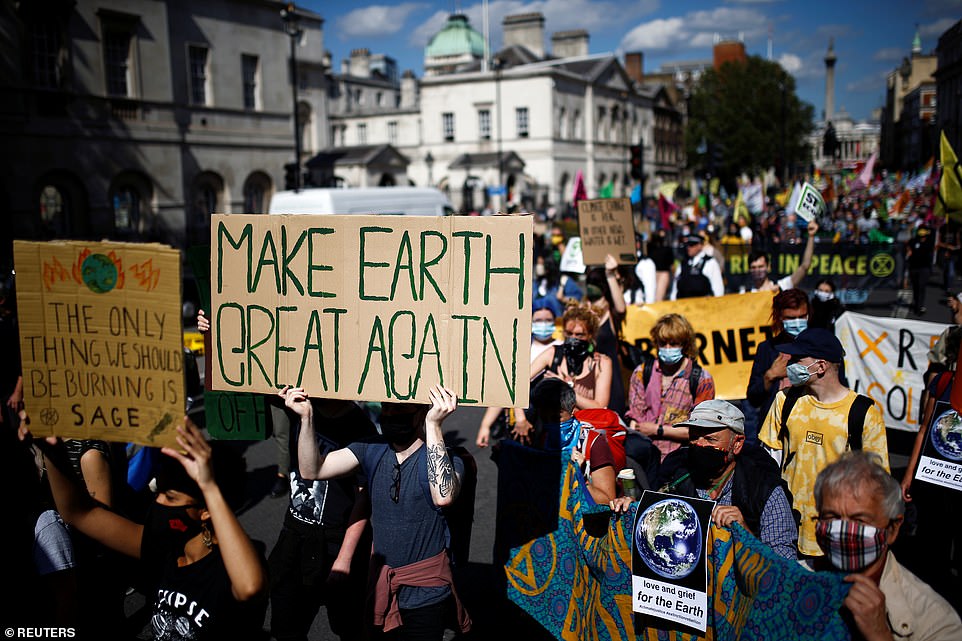 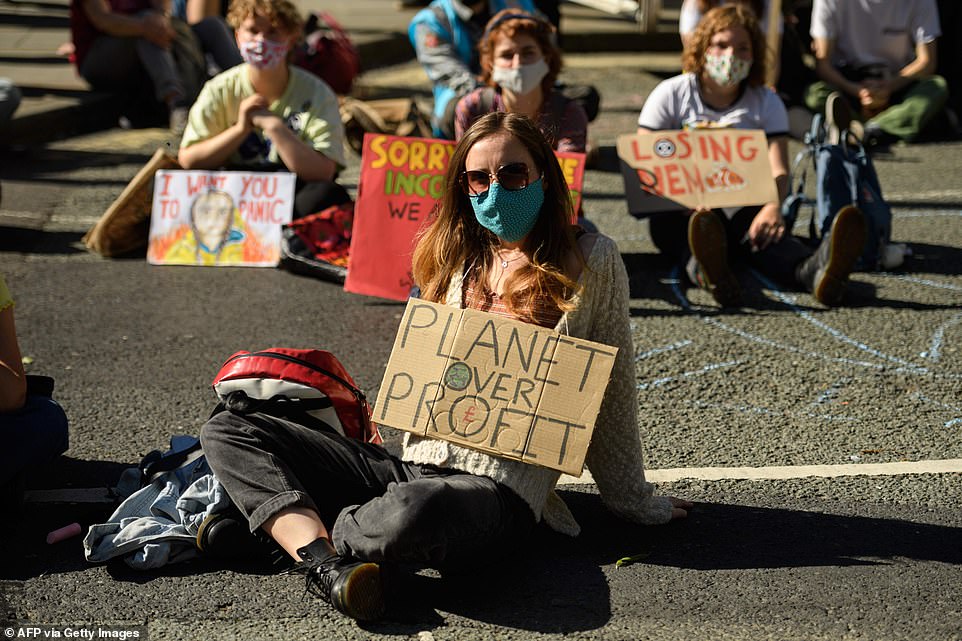 PREV Images show how Australia's world-famous Circular Quay promenade is at 'serious ...
NEXT Troubled girl, 16, takes her own life on school grounds

For Melbourne Vixens, it's now or never for Super Netball title mogaznewsen