Revellers were pictured cleaning up after themselves this morning after a three-day illegal rave was finally broken up by police in Wales, with 22 organisers facing fines of £10,000 each for breaking new coronavirus rules.

Some 3,000 revellers descended on an area of woodland near the village of Banwen in the early hours of Sunday morning - with 400 ravers still at the site by Monday evening.

Last night, South Wales Police managed to shut down the rave after around 70 officers, assisted by Dyfed-Powys Police and the British Transport Police, were called out to the wood to execute a dispersal order.

Summons have been issued to 22 ravers, which could see them slapped with £10,000 fines under new rules to crack down on mass gatherings which came into force on Friday.

However, they could also be convicted and face unlimited fines depending on what a court rules.

Locals voiced complaints about the illegal music festival after rubbish was dumped and ravers defecated over the site.

But this morning, a group of ravers gathered up rubbish in black bin bags as they cleared up the site. 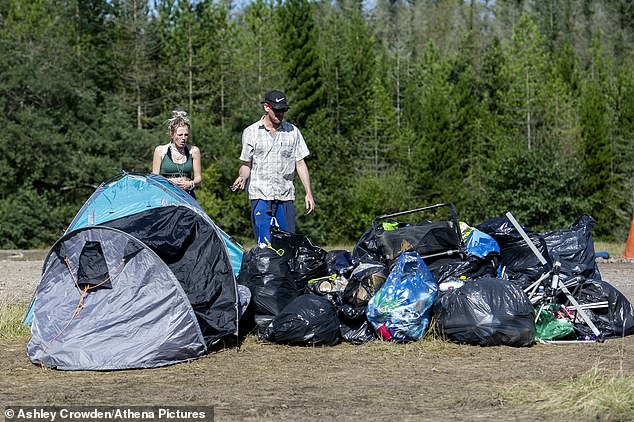 Revellers clean up the area from the aftermath of an illegal rave party in Banwen, Wales 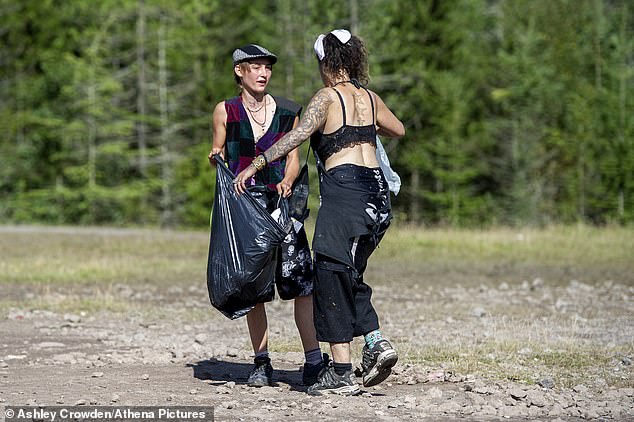 Around 70 South Wales Police officers executed a dispersal order at the site of an illegal rave party, where they confiscated sound gear used by the organisers in woods near the village of Banwen 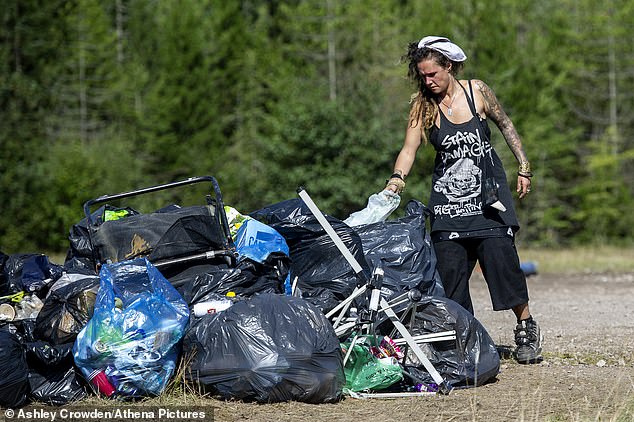 Assistant chief constable David Thorne wrote on Twitter last night: 'Rave at Banwen is over! South Wales Police, Dyfed-Powys Police [and] British Transport Police teams have done a fantastic job this weekend of clearing this huge area from the 3,000 strong illegal gathering. Thank you to all involved.'

He previously said that police had difficulty shifting people from the 4,000 acre site, which is usually used for rally car racing.

'When there's 3,000 people to enforce a dispersal order on it becomes a massive issue,' he said.

'Even with the resources we were able to deploy at short notice it wasn't sufficient to be able to move people on any quicker in a safe way.

'The fact we've got less people now with the officers we've got available we will be taking proactive and positive action if people don't heed the dispersal notice.'

Fixed penalty notices have been issued for parking offences, with some vehicles having been towed away. 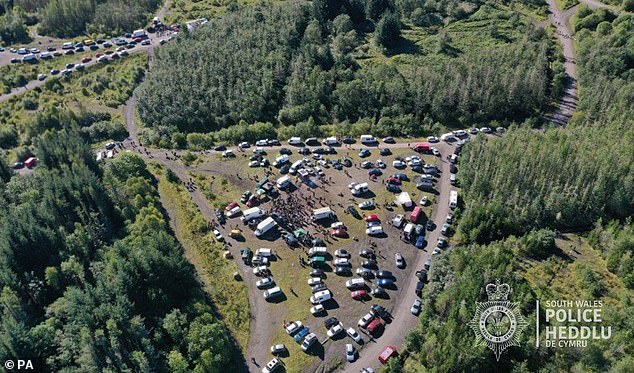 Some 3,000 revellers descended on an area of woodland near the village in the early hours of Sunday morning 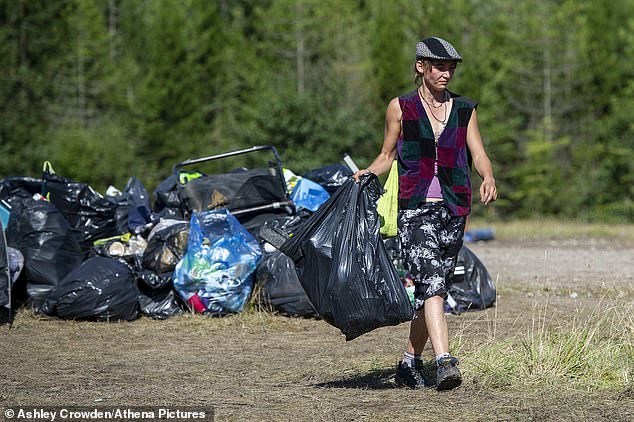 This morning, a group of ravers gathered up rubbish in black bin bags as they cleared up the site 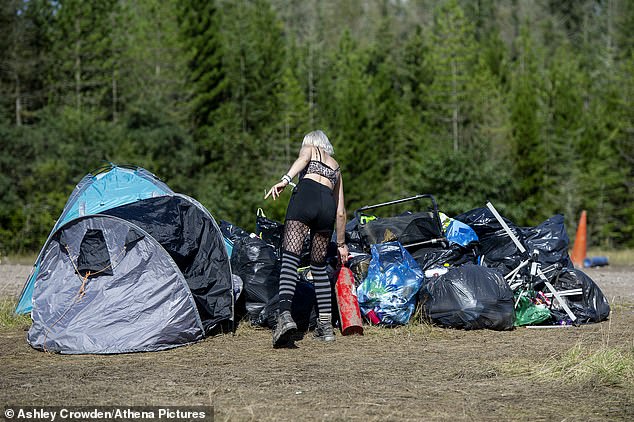 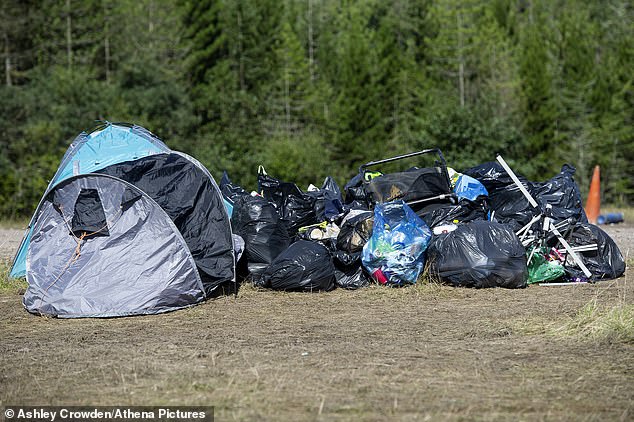 Police had difficulty shifting people from the 4,000 acre site, which is usually used for rally car racing

Mr Thorne said: 'We think this is just completely irresponsible and disrespectful of the local communities.

'We believe those present to be from all over the UK - many of them have travelled hundreds of miles to get here so this hasn't happened by accident.

'This has been planned and possibly planned for a little while, but unfortunately they