Police hauled away Extinction Rebellion activists lying in the road to block Boris Johnson's route to Parliament today - as officers announced they'd made 160 arrests since the group began its fortnight of protests on Friday.

The arrests were made for a range of offences including breaching Public Order conditions, obstructing the highway, obstructing police and assault on an emergency worker.

Despite the arrests, protesters were already gathering before lunchtime in Parliament Square today.

A frail 92-year-old man was among those arrested in central London yesterday.

John Lynes, the elderly demonstrator who used a walking stick, was surrounded by officers who escorted him to a waiting police van amid chaotic scenes in the capital. 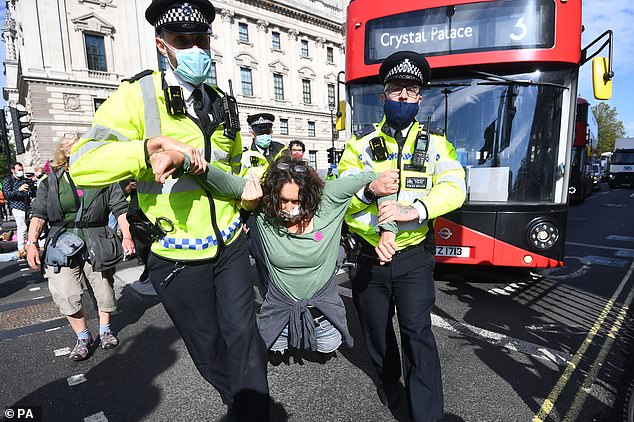 An Extinction Rebellion protester is removed by police officers in Parliament Square, London this morning 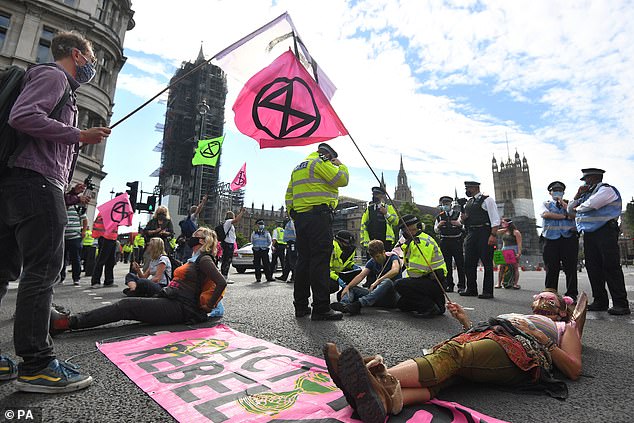 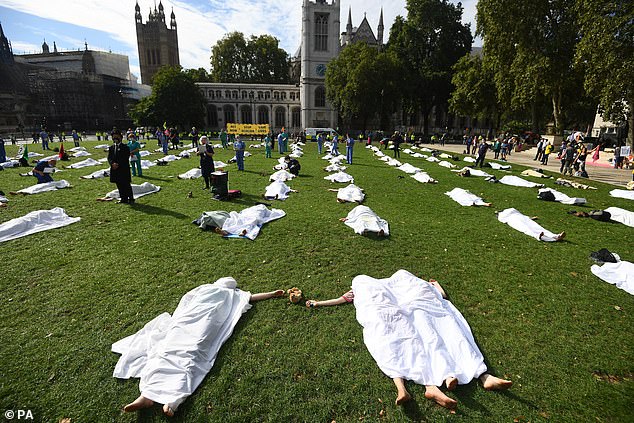 Also yesterday, a wheelchair user ended up collapsed on the road and officers helped her back into her chair before wheeling her away from the road outside Westminster Abbey.

At least 10 people were carried away by officers after the group refused to move from the roads around Parliament Square.

Protesters chanted and cheered as the officers took them away to nearby police vans.

Demonstrators enjoyed a carnival-like atmosphere during the protest today, waving flags and banners including 'Make Earth Great Again' on their march down the Mall and into Parliament Square - with limited social distancing despite current Covid restrictions.

Similar rallies took place in Cardiff and Manchester, and come after XR protests planned for earlier in the year were cancelled due to the spread of the coronavirus.