A Sydney mother stranded in an African city dubbed the 'rape capital of the world' has finally returned home.

Melissa Inkster, 44, flew into the Democratic Republic of Congo on March 16 to help set up a charity with her fiance Joseph in the Tshopo province in the country's east.

She flew to the capital Kinshasa in early August after the DRC's government lifted international border restrictions.

After several unsuccessful attempts to get on a plane, she finally boarded the first of four flights home at Kinshasa International Airport on Monday after friends and family helped raised $15,000 to get her back to Australia.

Ms Inkster briefly spoke to Daily Mail Australia while in transit in Frankfurt, Germany on Tuesday, where she expressed relief that she finally was on her way home and being reunited with her young sons for the first time in six months.

She also looked forward to sharing her story with the public after she touched down in Sydney on Wednesday night. 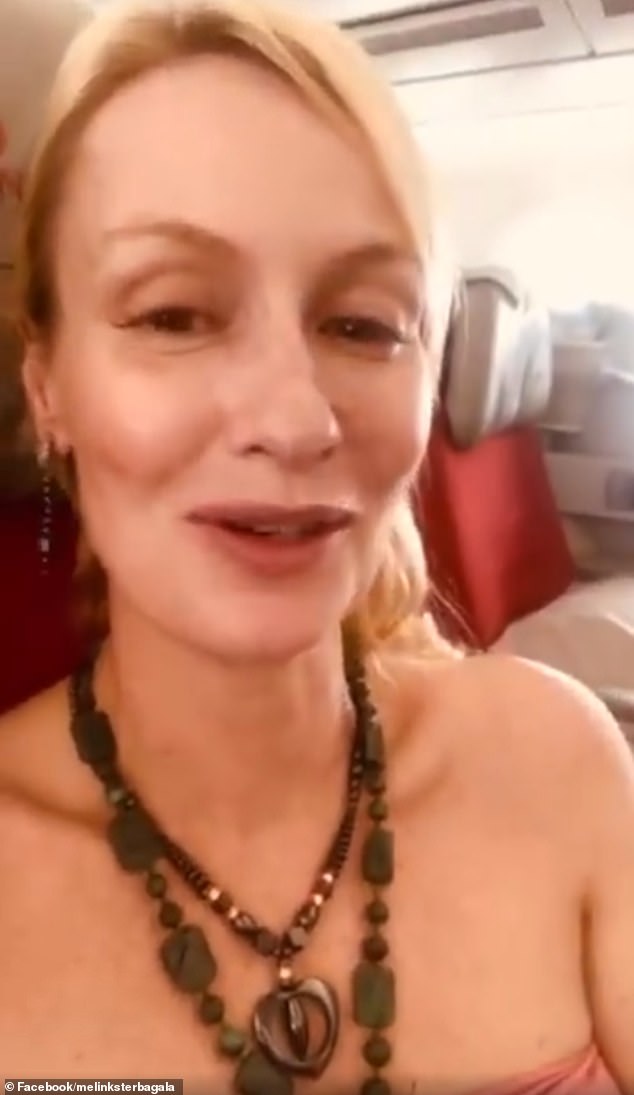 But it will be another two weeks before she's reunited with her sons as she undergoes mandatory hotel quarantine.

Ms Inkster uploaded a video filmed on a flight, where she emotionally thanked her friends, family and the Australian public for their support and help in getting her home.

'The good thing is I can't wait to see my kids Max and Tomas and just hug them,' she says in the video.

'I just don't know when I'll let them go. I think they're going to fight me on that one.

'I love you all, thank you so much. I still can't believe this is happening.'

Ms Inkster previously opened up to Daily Mail Australia about her nightmare as she desperately tried to escape the continent. 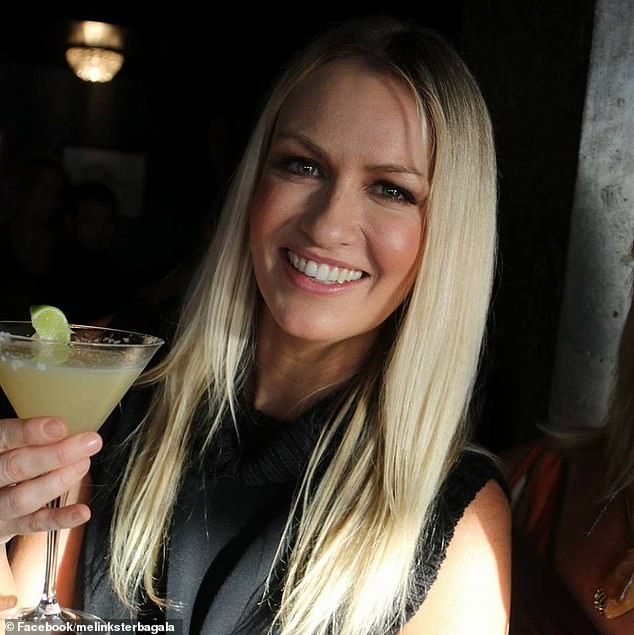 Melissa Inkster (pictured) thanked friends, family and the Australian public for their support

Her life savings have been completely drained by being trapped in the country for so long.

Adding further to her pain, in the week prior to her leaving the regional city of Kisangani she fainted and suffered a miscarriage.

In the same week, she had been robbed of her purse as she went shopping and was then confronted by a man with a knife when she got home. 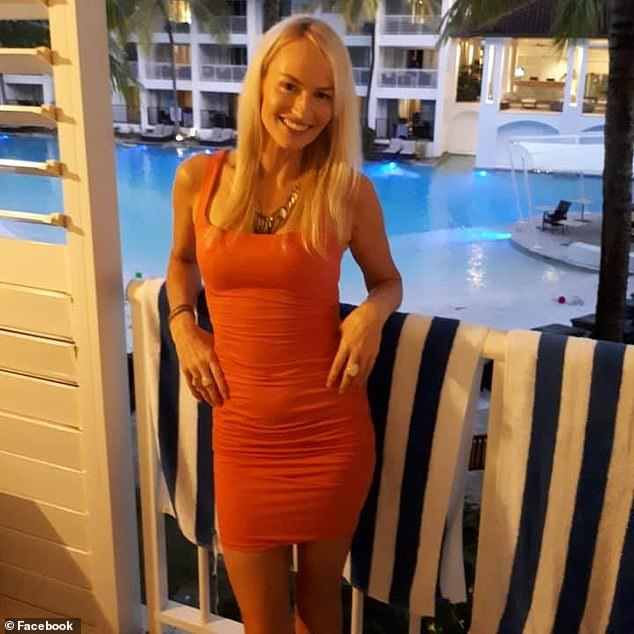 Ms Inkster was supposed to board a flight home from Kinshasa on Saturday, the capital of the Democratic Republic of Congo , but was bumped off 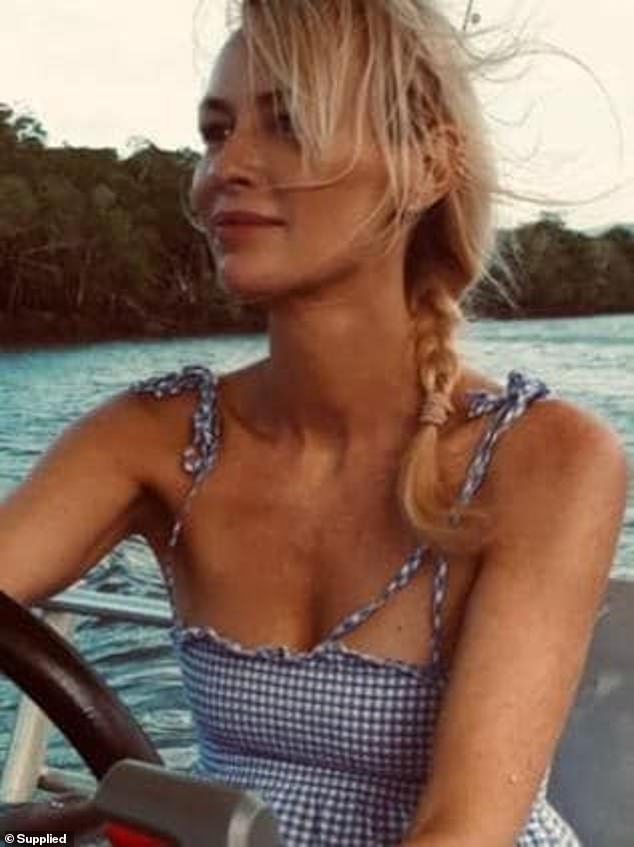 Melissa Inkster, 44, has been stuck in the Democratic Republic of Congo since March - unable to get a flight home to her two children

The man pulled a large blade on them and had attempted to corner Ms Inkster before her fiance Joe Bagala jumped in front of her to scare the attacker away.

Ms Inkster had faced a number of flight cancellations to flee the Congo.

Friends and family raised more than $15,000 to fly the mother home on business class through an online fundraiser after she boarded a regional flight from the Congo surrounded by goats in the freezing cold.

Ms Inkster's travel agent secured her a flight leaving the country on August 15 but an administrative issue meant the airline did not receive confirmation for the second leg of her journey.

The mother - who does not have access to JobKeeper because she is outside Australia - had an anxious wait before she finally left the country on Sunday.

She said the hotel she has paid for in the city was costing her $1,300 for a week despite the relative poverty of the country.

Sydney is receiving just 350 international arrivals a day and Victoria has suspended them altogether amid its horror coronavirus second wave. 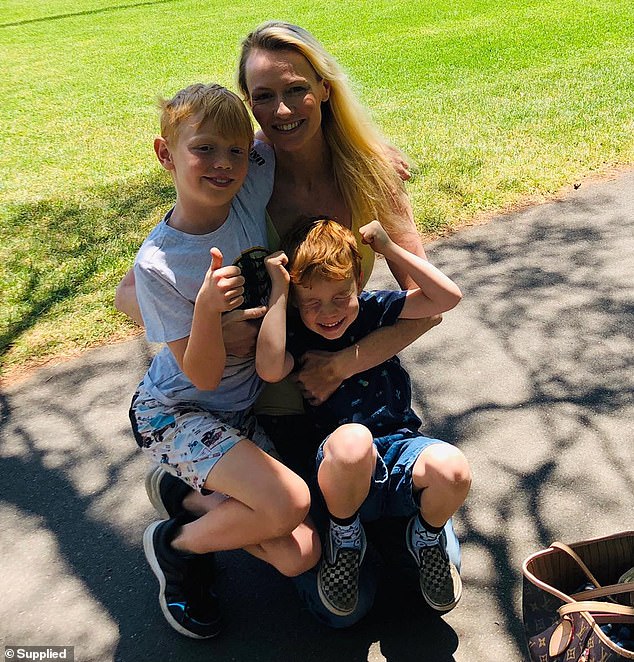 Ms Inkster pictured with her children Tomas, nine, and Max, six. She said one of the most painful parts of being stuck halfway around the world is not being able to hug her children

'Do they want me to be stranded in a third-world country?' she previously told Daily Mail Australia.

'I'm one of thousands in a precarious situation. I haven't chosen to stay here for as long as I have.

'People say things like "they've had a chance to come home already" but it's not my fault.

'I've now got to find a $3000 quarantine fee from somewhere and we have no money.'

Ms Inkster said she was 'dumbfounded' why the Australian government were leaving her to languish in a country as dangerous as the DRC - which is ranked 179th in the world in the Human Development Index.

She said she and her fiance had originally planned to return to Australia and live at her home in Curl Curl while renting out his property in Leichhardt in the city's inner-west. 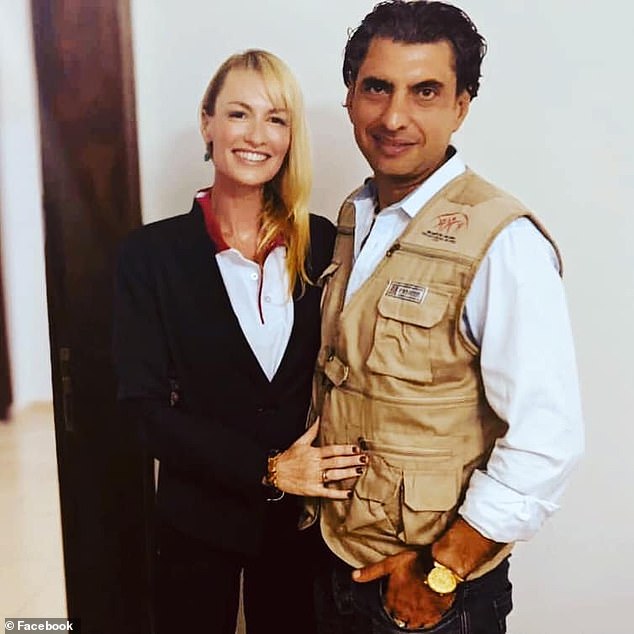 Ms Inkster and her partner Joseph travelled to Africa via Europe in March for business. They have together set up a charity to help

PREV Prominent doctor slams government for LYING to the public about number of ...
NEXT Wendie-Sue Dent given 25 years for poisoning partner for $300,000 estate