Two men have been charged with robbery and hate crime over the highly-publicized attack on three transgender women in Los Angeles last month.

Carlton Callaway, 29, and Davion Williams, 22, both face lengthy prison sentences after they were hit with the charges Tuesday - two weeks after they allegedly beat and robbed social media influencers Eden Estrada, Joslyn Allen and Jaslene Busanet on the Hollywood Walk of Fame.

The attack was recorded by bystanders, and the footage sparked outrage among local residents and law enforcement officers alike. 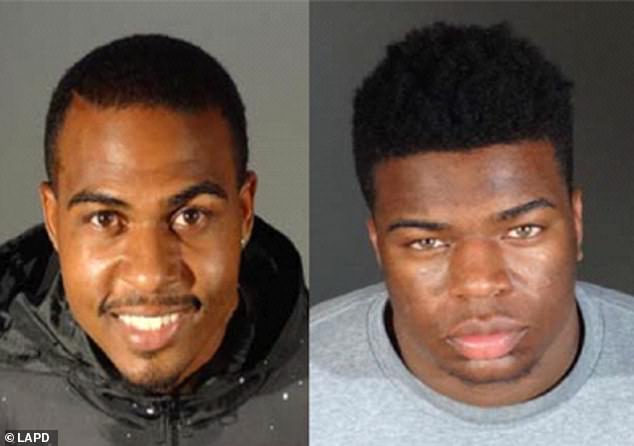 The three women, social media influencers Eden Estrada (center), Joslyn Allen (right) and Jaslene Busanet (left), have spoken out about their experience and called for justice

According to a press release released by the L.A. County District Attorney, Callaway allegedly befriended the three victims in the early hours of August 17 and offered to buy them items from a store off Hollywood Boulevard.

After they left, he then 'approached one of the victims with a metal bar and demanded her shoes and bracelet'.  He is then accused of attacking a second victim with a bottle. Police say he made derogatory remarks during the incident.

William is accused of then joining in on the attack by throwing a scooter at one of the women.

Deputy District Attorney Richard Ceballos of the Hate Crimes Unit has been assigned to the case as prosecutor.

The hate crime charges have been praised by LGBT activists.

Terra Russell-Slavin, policy director for the the Los Angeles LGBT Center, told NBC on Tuesday: 'I think we're really encouraged to see that the prosecutors moved forward with both filing charges and ensuring the charges had a hate crime enhancement. Hate crimes are really an attack on the whole community." 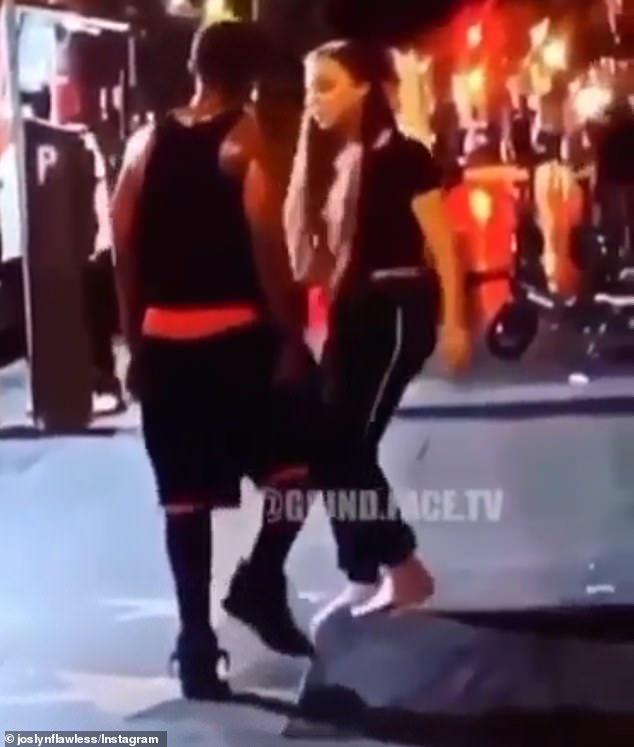 Onlookers mocked three transgender women as they were attacked on Hollywood Boulevard on Monday morning. Pictured is victim Joslyn Allen cooperating with the suspect who she said was holding a metal bar as he demanded that she hand over her jewelry and shoes