Shocking footage shows the moment a teenage girl is viciously attacked by her classmate in the school playground.

The sickening video was taken at Tannum Sands State High School in Central Queensland and has been shared widely online.

Confronting 24 second footage shows one girl sitting at a table in her school uniform before another student walks up to her and starts punching her.

The attacker then pulls the victim to the ground by her hair as she continues to throw more blows to her head. 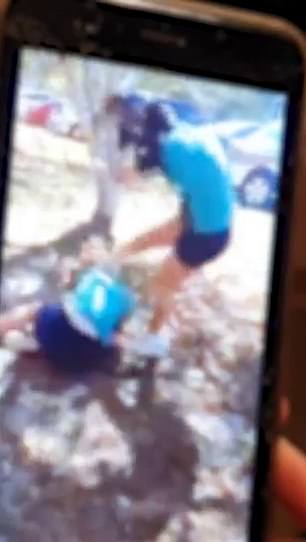 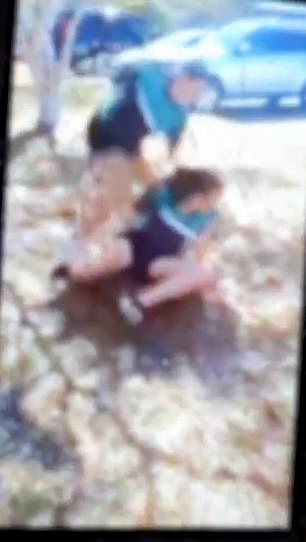 Shocking footage shows the moment a teenage girl is viciously attacked by her classmate in the school playground (pictured, left and right)

She continues hitting the girl as she is on the floor before the victim manages to get up and attempt to defend herself.

But she is once again pushed to the ground as the attacker continues to punch her and kick her in the back.

The video was posted to Facebook by the victim's mother with the caption: 'Yet again my daughter has been bullied at school'.

'How many more f**king times does this have to