The Government is injecting half a billion pounds into trials of rapid coronavirus tests in a bid to boost its lagging turnaround times for results.

Pilots in Salford and Southampton of devices that scour saliva for signs of the virus will benefit from the funding package.

And a Hampshire trial of a more conventional swab test that can produce a diagnosis in 30 minutes will also receive a cash boost from the Department of Health.

Ministers are hoping to speed up the approval of the quick diagnostic tools to help reduce the length of time potential patients wait to hear back about results.

Currently just six in 10 people hear back about their Covid-19 test in 24 hours, while a quarter of all swabs take more than three days to process.

Those who take a test at home wait on average 71 hours to hear back about whether they have the virus.

Government scientists have repeatedly warned all tests must be returned within a day to properly keep a lid on future outbreaks.

Patients who don't hear by then may get complacent or impatient and venture outside and mingle with others, potentially spreading the disease if they are infected. 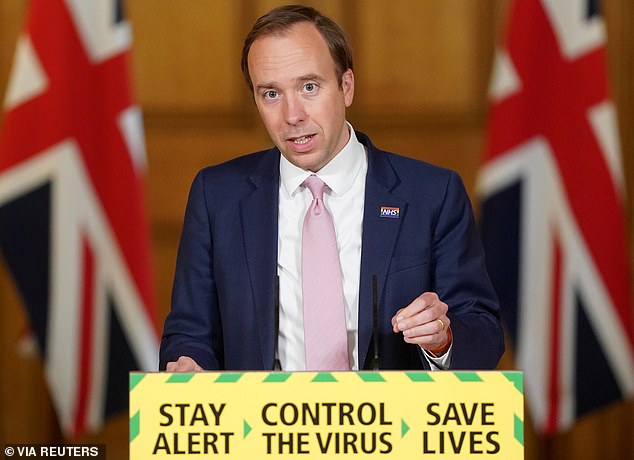 The Covid-19 LAMP assay test, developed by UK-based manufacturer Optigene, can turn around results within 20 minutes. It is being trialled in Hampshire hospitals 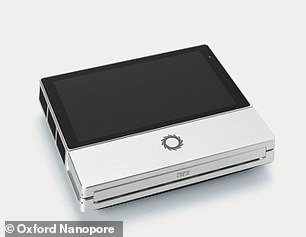 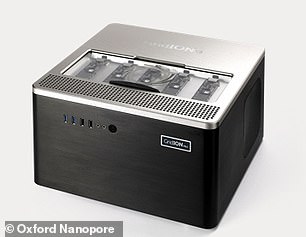 The other test, called the LamPORE, involves taking a sample of saliva, unlike existing methods which require invasive and difficult nose and throat swabs. The testing machine comes in two sizes and is being trialled in Salford and Southampton

In total, the Government is spending £500million on new testing technology and increasing its current swab testing capacity.

The Salford trial will invite people in the community to come for weekly tests using a new saliva Covid-19 test that produces results in under an hour and a half.

Health bosses said the study will both assess how well the devices work and explore the benefits of regular testing of even asymptomatic people. Those who test positive will need to self-isolate in line with national guidelines.

The pilot will begin with a select number of participants and up to 250 tests a day, to be scaled to the whole area.

Initially, the pilot will focus on specific high footfall locations in the city, which includes retail, public services, transport and faith spaces.

Phase two of the no-swab saliva test pilot in Southampton will also start this week.

The second phase of the pilot will trial the weekly testing model in educational settings, with participation from staff and students at the University of Southampton and four Southampton schools.

Just one fifth of tests from all test sites were received within 24 hours of a test being taken.

The number of people who got their result returned in 24 hours after visiting a regional testing site — mostly drive-throughs — was the worst yet.

Almost two-thirds (63.5 per cent) were still waiting for their result after 24 hours, up from 42.2 per cent the week before and 8 per cent in the week ending July 1.

But at last, the 24-hour target was improved for satellite test centres — places like hospitals and care homes that urgently need results — and home kits after weeks of dismal figures.

But still only 5.9 and 6.4 per cent of people in those testing categories got their result back in 24 hours.

The PM had pledged that, by the end of June, the results of 100 per cent of all in-person

PREV Hotter than the Bahamas! Britain is set to bask in 83F sunshine today in ...
NEXT Four Navy aircrew parachute to safety moments before E-2C Hawkeye plane crashes ...